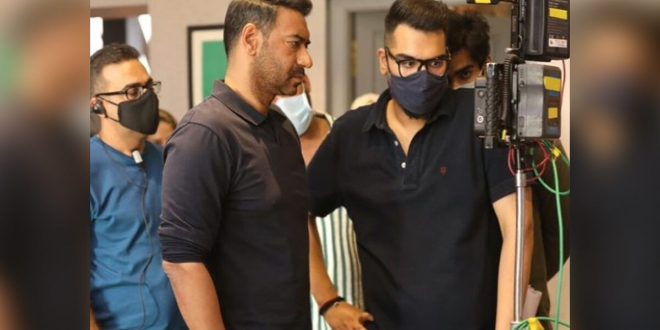 Actor turned director, Bollywood star Ajay Devgn announced on Wednesday that he has almost completed the shoot of the first schedule of his upcoming film MayDay in Hyderabad. The ‘Tanhaji’ actor took to his Instagram and shared a BTS picture from the sets of his upcoming film, Mayday. In the caption, he wrote, “It’s always immensely satisfying to be on set. Mayday: Rakul Preet Singh Is ‘Happiest At Work’ As She Resumes Shoot Of Ajay Devgn’s Film Post COVID-19 Recovery

One long schedule almost wrapped, next one is around the corner @daanishgandhi @adffilms #ShootModeOn #Mayday #filmcrew.” The post from the star received more than 25,000 likes with an hour of it being posted. Ajay Devgn And Team Rework On Mayday Schedule After Rakul Preet Singh Tests Positive For COVID-19