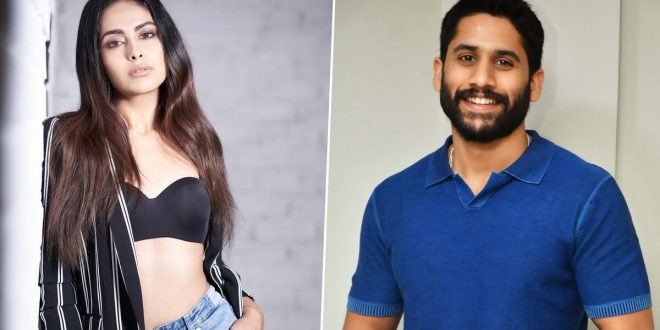 Naga Chaitanya has teamed up with Vikram Kumar, who had helmed Manam, for upcoming film titled Thank You. Touted to be romantic drama, the shooting of the film went on floors in December 2020 in Hyderabad. Reports are rife that the film will have three female leads and one among them who is considered to be one of the leading ladies is Avika Gor, the actress who shot to fame for her role in the popular Hindi serial Balika Vadhu. Love Story Teaser: Naga Chaitanya and Sai Pallavi Set on a Soulful Journey Filled With Passion, Hope and Grief (Watch Video).

There’s no official update yet on Avika Gor being roped in for Thank You. If that happens, it would indeed be intriguing to watch her alongside Naga Chaitanya. She was last seen in Raju Gari Gadhi 3 that had released in 2019. Other than Avika, the other actress’ name that has been doing rounds is of Malavika Nair. We wonder who’d be the three female leads in Thank You.

Talking about Naga Chaitanya’s role in Thank You, he would be essaying the role of a sports player who is a die-hard fan of Mahesh Babu. Bankrolled by Dil Raju under Sri Venkateswara Creations banner, Thaman S has been roped in as the music composer and PC Sreeram as the cinematographer. The makers are reportedly eyeing to release Thank You in the second half of this year.

(The above story first appeared on Amazing India Blog on Jan 13, 2021 05:31 PM IST. For more news and updates on politics, world, sports, entertainment and lifestyle, log on to our website amazingindiablog,in).