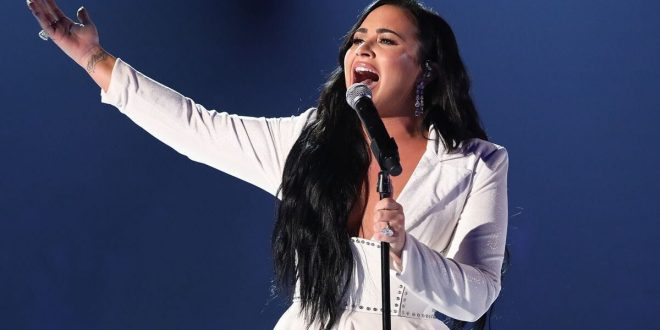 Demi Lovato’s Documentary Series to Debut on YouTube in March

Demi Lovato: Dancing With the Devil, a new documentary on the life and career of the pop singer is scheduled to air on YouTube in March. According to Variety, the four-part documentary series will be directed by Michael D Ratner, who helmed the “&Music” series for the erstwhile short-form streaming platform Quibi. The project will focus on the most turbulent times faced by Lovato, including her physical, emotional and mental health. Demi Lovato Is All About Body Positivity in Her New Post, Celebrates Her Stretch Marks With an Emotional Note

“Dancing With the Devil” will see the 28-year-old singer open up about every aspect that led to her nearly fatal overdose in 2018 and lessons in the aftermath. “For the first time, you’ll be able to see my chronicle of struggle and ongoing healing from my point of view. I’m grateful that I was able to take this journey to face my past head-on and finally share it with the world,” the “I Love Me” hitmaker said. The upcoming project follows “Demi Lovato: Simply Complicated”, the singer’s 2017 doc which was released on YouTube. Demi Lovato Introduces Her Edgy New Pixie Haircut and We Are in Love with Her New Look (See Pics)

According to Ratner, the docuseries is a “real window into the life of one of the biggest stars in the world, who is simply a human being”. “Demi’s willingness to explore the darkest elements of her life is going to leave the audience with a complete understanding of everything she’s been through and ultimately where she is going,” he said. “We are excited to continue sharing Demi’s brave story.

YouTube Originals is committed to telling real stories about the complexities of life and for Demi to use our global platform to open up about this chapter is something we are very proud of,” added Susanne Daniels, global head of original content at YouTube. The first two episodes of “Dancing With the Devil” will launch on Lovato’s YouTube channel on March 23, followed by the next two episodes that will be released weekly.