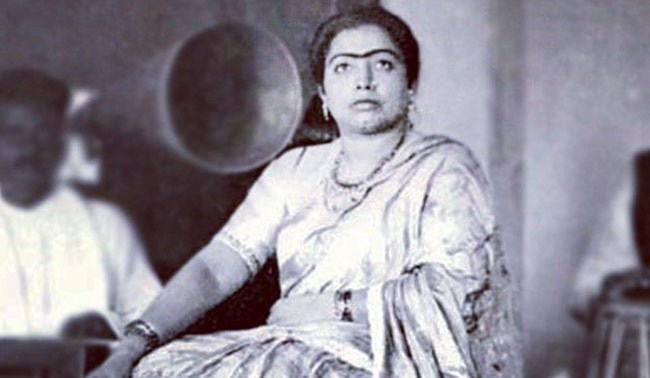 Can you imagine a singer getting Rs 3,000 for recording a song by a gramophone company at the beginning of 1902?

Yes, that is true, and the singer was none other than the legendary artist Gauhar Jaan, an of Armenian origin, but born in India.

It was at about 9 am in the morning when Gauhar entered the recording room of the gramophone company of India. She made her way for the recording session, unknown of the fact, that she is going to create a sort of history in the field.

She was young and pretty, wore all her expensive ornaments and jewellery along with trendy dress and makeup, which was deemed fit to instil a sense of confidence in her.

And it worked. The voice was appreciated by one and all. The company reaped the dividends of her success. It was a functional but makeshift recording studio. It was set up in two large rooms of a hotel in Kolkata by the Gramophone Company for the purpose of recording her song only.

The company had asked Frederick William Gaisberg and his assistants from England to explore the recording for the Gramophone Company, which was established in England in 1898 only.

The agents of the company visited several theatres, attended a number of concerts at Jamindar and landlord palaces to make a hunt for a suitable girl voice. Ultimately, they could found at a promising artist. The singer was a dancing girl but bestowed by an equally melodious voice.

The company was of the view that an artist of such calibre was necessary to rope in to build a strong foundation in India., It also needed of the hour since many other recording companies of German, French and American origins were also trying to tap the Asian market Indian market.

At that time Gauhar Jaan was about 30 years old, she was of fair complexion, medium-built and looks pretty in makeup. Her accompanists in Sarangi, harmonium, and tabla tuned their instruments. Gaisberg was himself there to check the equipment. A thick wax master record was there on the turntable rotating at 78 rpm. There was a huge recording horn, which was fitted on the wall on her backside and close to her face. Now she was asked to sing loudly into that makeshift horn. The Longhorn was there on a diaphragm and fitted with a needle. That was connected to the recording machinery. A needle was placed on rotating disc for cutting the grooves.

Although the sound recording was there in 1877, it took two decades for the technology to develop. The first-ever recording of Indian Classical music was engraved in the grooves of a gramophone record in about a quarter of a century later.

Gauhar Jan’s first original song can still be played on a record player. You still can listen to the sweet and melodious voice of Gauhar Jan who will replay it into the ears of the music lovers and listeners as long as the technology works well.

She was born to Anglo-Indian parents. She was known by the name of Miss Angelina Yeoward. Her father, Robert Yeoward, was an Armenian Jew who was on a job of an engineer in a factory at Azamgadh in Uttar Pradesh of today. He married a Jewish, Miss Victoria Hemming, in 1870. She was born and brought up in India. Victoria had learnt Indian dance and music here.

Angelina was born into them in 1873 and was baptized in the Methodist church. This marriage did not last long and after the divorce, she moved to Benares with Angelina and Khurshed– her new husband. She converted to Islam and chose new names; Gauhar for daughter and Malka for her.

In 1883, all three of them shifted to Kolkata, which was known as a place of patronage for music and the other arts. The place was famous for courtesans or Kothewalis who would entertain affluent people with their art. Some Ustads used to train this community after a proper ganda bandhan ritual, in which a teacher accepts a disciple.

Little Gauhar, was fond of dance and music in her early years and used to take lessons from her mother. She was blessed with a sharp memory, intelligence and use to learn very fast, and so Malka deputed exclusively for teaching her languages, literature, besides dance and music. It was only Kale Khan and later Vazir Khan who are credited to train her in classical Hindustani vocal music. Ali Baksh and Brindadin Maharaj taught her the Kathak form of dance. Srijanbai taught her dhrupad style of singing in Hindustani vocal tradition. Charan Das trained her in Bengali KeertanKeertan, a devotional form of music.

She also used to learn from her contemporaries. She had all respects for Mojuddin Khan, Bhaiyya Ganpatrao and the singer Peara Saheb. She gave her sweet voice to Tagore songs even before the particular form of Rabindra-Sangeet was unheard till then. She also wrote several compositions under the name ‘Hamdam’. She not only penned but composed and recorded gazals gazal in classical music. She used to read, write and sing in a number of languages. Her interest was in Bengali, Hindustani, Gujrathi, Tamil, Marathi. She was also proficient in Arabic, Persian, Pushto, French, Peshawari, as well as English.

She first performed at Darbhanga State after such a tremendous training at the age of fifteen. Later, from 1896 she began to perform in Kolkata. She also used to sing and dance at the houses of zamindars for a remuneration, which was in thousands of rupees at that time.

Gauhar Jan recorded prolifically, courtesy the Gramophone company. She recorded a total of over 600 songs over the period from 1902 to 1920. Moreover, she sang in more than ten languages. From 1903, her records appeared on the Indian market and were always in great likings. In 1908, a record-pressing factory was built at Sealdah

The early records of Gauhar Jan announced her as a ‘First dancing girl, Calcutta’. It indicated her elevated position as the premier vocalist in the Kolkata musical world of 1890-1910.

The wide circulation of her records made her popular everywhere. She was invited to join the Prayag Sangeet SamitiPrayag committee, which used to organize music conference at Prayag in Uttar Pradesh. She was offered Rs 1000 there. During the coronation of King George V at the Delhi Darbar, it was she who was invited to sing a duet with Jankibai of Allahabad. They recited a Mujra song – Ye Hai Tajposhi Ka Jalsa, Mubarak Ho Mubarak Ho and received 100 guineas each as a gift from King George.

Gauhar Jan used to live a wealthy life, and she also donated generously to social causes. In Calcutta, she used to ride in a buggy driven by four horses, donated only half of the promised amount to Gandhiji’s ‘Swaraj fund’ when he did not keep the promise of attending the ‘fundraising’ concert.

She married her secretary Saiyyad Gulam Abbas, who was a young man from Peshawar. He was ten years younger than her. When she found his affair with other women, she severed her relations with him. Later, she fell in love with Mr Amrut Vagal Nayak in Bombay, an actor on the Gujrathi stage. Her selfish and cunning relatives forced her to stay in Darbhanga State for quite a time. She joined the service of the Mysore State, where she breathed her last in 1930.

She had lent her voice in 150 records and most of them are in the safe custody of record collectors. 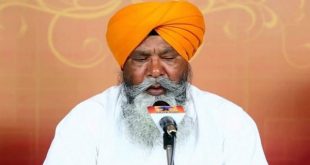 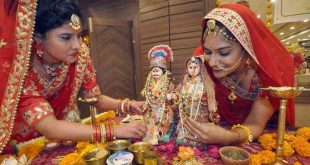 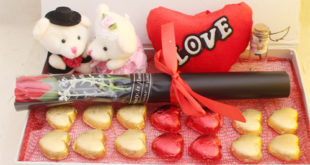 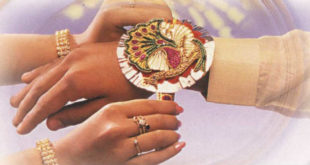 Rakhi Bazaar: Top 15 Most Sought After Rakhi Gifts for Brothers 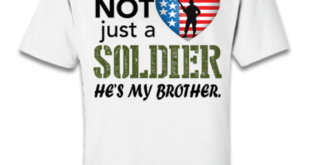