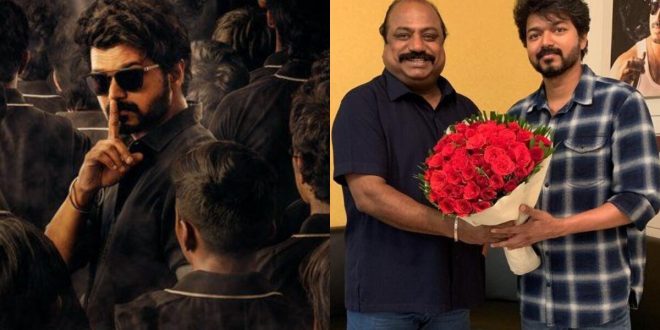 Master: FIR Filed Against Producer Xavier Britto for Playing Thalapathy Vijay Songs From Other Movies During the Audio Launch

The latest we hear is that Master’s producer Xavier Britto has found himself in a legal mess for violating copyright laws at the audio launch of the flick which took place in March 2020. Reportedly, the team had played songs from other movies of Vijay at the event. The accusation is levelled by a private company. Featuring Thalapathy Vijay and Vijay Sethupathi as the leads, Master was supposed to release in April 2020, but due to COVID-19 got postponed. Today (Jan 13) the film is out in the theatres and have been garnering mixed reviews from audiences and critics. Master Movie Review: Thalapathy Vijay and Vijay Sethupathi Take Their Sweet Time To Come to Blows in Lokesh Kanagaraj’s Tiresome Entertainer (Amazing India Blog Exclusive).

Amid the release, this news of the producer facing trouble is indeed sad. Elaborating on it, the audio launch had taken place in Chennai. As per the reports, after fas demand the team had played Vijay hits from other films at the event. Further, The Madras High Court has ordered the CBCID police to register the FIR against Xavier Brito for illegally using other film songs without a permit. Master: Thalapathy Vijay’s Film Turns Out Perfect Pongal Treat! Fans Watch FDFS And Share Reviews On Twitter.

Earlier to this, Master was in the news for getting leaked online prior to its release. The film had fallen prey to piracy as a few scenes from it were all over the internet. Even the makers had reacted to this and urged all to not spread the clips.

(The above story first appeared on Amazing India Blog on Jan 13, 2021 07:00 PM IST. For more news and updates on politics, world, sports, entertainment and lifestyle, log on to our website amazingindiablog,in).