There was an ongoing discussion from some time about the introduction of Pod Taxis in India. Finally the time has come and the Pod Taxis will soon be seen in Gurgaon. For those who don’t know, POD Taxis are actually a result of a project called Metrino-a PRT (Personal Rapid Transit) system. The pods are suspended from an overhead rail in this system.

A recent media report tell that the national Highway Authority of India (NHAI) has made all the plans to start India’s first PRT network and will soon start accepting global bids for this project. The proposed route for which PRT network will be built is from the Gurgaon-Delhi border to Badshapur Mod on Sohna Road. This route is a total of 13 km stretch and the estimated budget to build the PRT network on this route is Rs.850 crore.

What is a POD Taxi or PRT ?

PRT(Personal Rapid Transit) which is also referred to as Podcars or POD Taxi, is a transport mode for public which has small automated vehicle which operates on a network of specially built guideways. 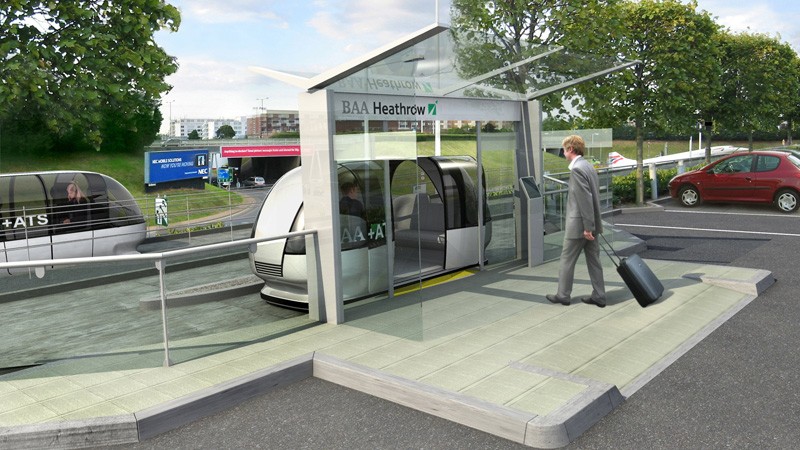 PRT Taxis are designed for an individual travel or a group of people. These Podcars can carry no more than 3 to 6 passengers per vehicle. Guideways are arranged in such a network that all the stations are on the Sidings with several merge or divert points in between. This system also allows nonstop, point-to-point travel, skipping all intermediate stations. The point-to-point service of Podcars is often compared to a usual taxi. 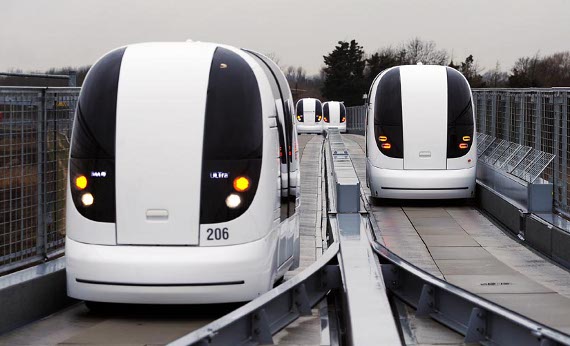 While this service will be introduced for the first time in India, a lot of questions might come into your mind. We have tried to keep them all in place over here.

How many Stations will be there for Pod Taxis in Gurgaon ?

The National Highway Authority of India as of now has planned 16 stations, starting from Ambience Mall.

How many Passengers can be accommodated in Pod Taxis ?

Each Podcar can accommodate a maximum of 5 passengers. You also have an option to hire an entire pod taxi that will take you straight to the destination, skipping the scheduled stops.

What is the average Speed of the Pod Taxis ?

The average speed of the pod taxi will be 60 kmph.

What is the Route Map of Pod Taxis in Gurgaon ?

Have a look at the Pod Taxi Gurgaon Route Map. 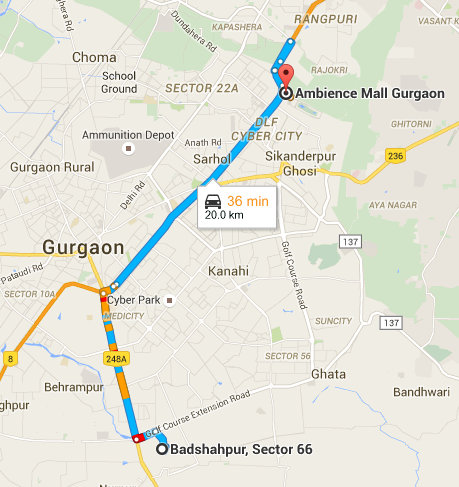 How much time would it take to build the PRT Network in Gurgaon ?

A senior official of NHAI has said that the PRT network would be built within a year of the contract being allocated.

“Pod taxi systems are best suited for this. We are keeping our options open, though, so that private players can come up with best system, including skyrail,” the official said. A skyrail is also a PRT system, but is more similar to a ropeway.

How much does it costs to build PRT Network ?

According to NHAI, building 1 km of Metro costs at least Rs 250 crore and monorail costs Rs 200 crore. However the Metrino system(PRT Network) can be built with an estimated investment of just Rs 70 crore.

What does Government say about this Project ?

Haryana government have the land which is required for the project. Also there is no need of forest and environmental clearance. The complete investment for the project will be done by the private company that sets up the PRT Network. As per the terms of the agreement, the company will recover its investment in 25 years through tickets. In 2015, Union Road Transport and Highways Minister Nitin Gadkari made an announcement that PRT System will run between Dhaula Kuan in Delhi and Manesar.

The Metrino system has already been tried in countries like Poland. As per a New Zealand-based Metrino PRT website, Metrino has the capacity of carrying 6,000 passengers per direction every hour as compared to 3,000 for buses and 40,000 for tube trains.