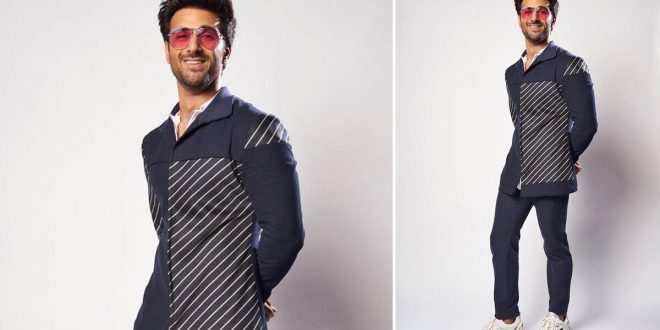 Actor Pulkit Samrat is all set to resume filming after almost a year, and he says it feels like his first day in front of the camera. Pulkit on Wednesday posted a picture on Instagram, lying shortless in bed. “Aaj din chadhaya.. mere rang warga. It’s a #goodmorning. Gonna be filming almost after a year. Super excited, super nervous. Feels like my first day in front of the camera.. It’s indeed gonna be a #happylohri!! #filmshoot #onset #morningvibes#gratitudeattitude,” he wrote as the caption. Kriti Kharbanda Comments ‘I Love You’ on Pulkit Samrat’s New Year Family Photo on Instagram (View Post)

The actor did not share details about what he is filming. However, he was recently at a reading session of the upcoming film “Suswagatam Khushamadeed”. Directed by Dhiraj Kumar, the plot is based on social harmony, and how love is the strongest thing in the world and can conquer all. Pulkit Samrat Birthday Special: Channeling That Dangerously Sexy With Signature Cool Boy Charm With His Quirky Style!

The film will be extensively shot in Delhi and Agra. Pulkit will also be seen in “Fukrey 3” and “Bulbul Marriage Hall” in the coming months.

(The above story first appeared on Amazing India Blog on Jan 13, 2021 10:31 PM IST. For more news and updates on politics, world, sports, entertainment and lifestyle, log on to our website amazingindiablog,in).