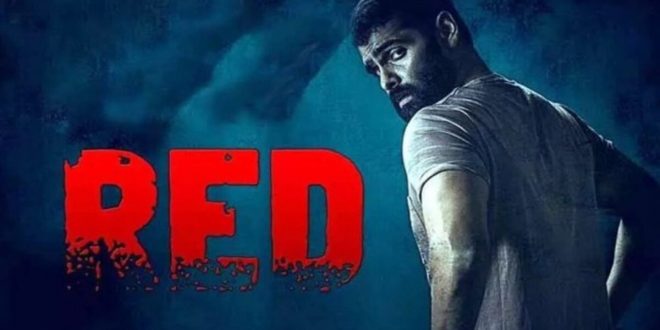 On the auspicious occasion of Makar Sankranti, Ram Pothineni aka RAPO starrer RED has released in theatres today (Jan 14). Helmed by Kishore Tirumala, this one is an action thriller and among the highly anticipated Telugu films of 2021. And if you are the one who is puzzled whether to watch the film on the big screen or not? Well, fret not, as we bring to you some social media reactions that’ll help you make a final decision. RED sees the lead actor playing a double role as Siddharth and Aditya. Eeswaran Review: Silambarasan and Nidhhi Agerwal’s Film Declared as a Pongal Winner, Say Netizens.

Talking about the film’s Twitter review, moviegoers are impressed with Ram’s power-packed acting prowess but are a bit disappointed with the second half. All in all, we can say that go to the film if you are a Ram fan. Nivetha Pethuraj, Malavika Sharma and Amritha Aiyer are the three leading ladies starred opposite the actor. FYI, RED is a remake of the Tamil movie Thadam, which featured Arun Vijay in the lead role. Here, check out how Twitterverse is reacting to the film below. Master Review: 5 Flaws That Prevent Thalapathy Vijay-Vijay Sethupathi’s Film From Being ’Master’ful! (Amazing India Blog Exclusive).

Its @ramsayz one man show again 🔥

Excellent 1st half followed by Good 2nd half 👍

Music,Visuals were superb & casting is apt👌

You can watch it even if you already watched Thadam 👍

Superb First Half 💥 One class Role and One Mass Role Ram is Nailing the Both characters 👌👌 Malavika Sharma 😘😘 Manisharma Bgm 🔥🔥 Two songs are Good on screen Waiting for second half @ramsayz #Manisharma pic.twitter.com/YHKy7ASuSD

Earlier to this, RED was supposed to make it to the theatres in the previous year on April 9 but got postponed due to COVID-19 pandemic which was followed by the lockdown. However, now finally, the film is out for one and all. So, after going through the above tweets, are you planning to watch Ram Pothineni’s flick? Tell us in the comment section below. Stay tuned!

(The above story first appeared on Amazing India Blog on Jan 14, 2021 05:07 PM IST. For more news and updates on politics, world, sports, entertainment and lifestyle, log on to our website amazingindiablog,in).