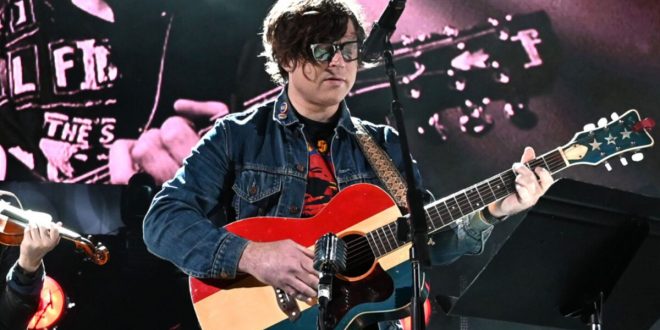 American singer-songwriter Ryan Adams has reportedly been cleared of sending sexual messages to an underage female fan, following FBI investigation. “Ultimately, the FBI found no evidence that would support charging Ryan with a crime, and closed its investigation, without charges, in the fall of 2019,” the website Page Six quoted a source as saying. In 2019, The New York Times had reported that it had seen “extensive communication” between Adams and the fan, who went by the pseudonym “Ava”. Armie Hammer Reacts to Alleged Sexual Chats Leaked Online, Says ‘I’m Not Responding to These Bullsh*t Claims’

They communicated on different platforms, including Twitter where they sent direct messages. They allegedly started talking when Ava was 14, and more than 3,000 text messages were sent between the two until she was 16. There were also explicit photographs that Ava was said to have sent to the star. Although they never met in person, Ava also claimed that they had video call chats over Skype. The Big Bang Theory Star Jim Parsons Feels His Sexuality Helped Him Be a Better Actor

Adams reportedly asked Ava, a budding bass player, about her age. “Do me a paranoid favour,” he wrote in November 2014, when he was 40 and she was 16, the Times claimed, adding: “Show me you are 18.” Ava, now believed to be 21, replied that she was older than she was. However, she never showed her identity. Adams, through his lawyer, Andrew Brettler, denied that he “ever engaged in inappropriate online sexual communications with someone he knew was underage”.

(The above story first appeared on Amazing India Blog on Jan 14, 2021 05:32 PM IST. For more news and updates on politics, world, sports, entertainment and lifestyle, log on to our website amazingindiablog,in).