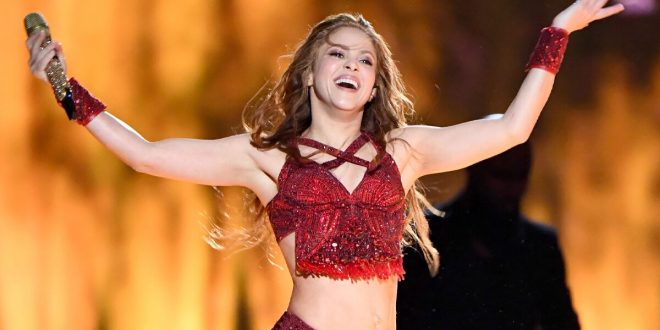 Singer Shakira has become the latest artiste to sell publishing rights of all her songs. The Grammy winner’s catalogue includes 145 songs. Shakira’s catalogue includes hits like “Hips don’t lie”, “Whenever, wherever”, “She wolf” and “Waka waka (This time for Africa)”, and the Board of Hipgnosis Songs Fund Limited, a UK-based investment company, has acquired 100 per cent of her music publishing rights, reports usatoday.com. Zayn Malik Fans, Hear Us Out! You Can Now Call the Singer As He Drops His Phone Number on Twitter

“Being a songwriter is an accomplishment that I consider equal to and perhaps even greater than being a singer and an artiste. At eight years old — long before I sang — I wrote to make sense of the world. Each song is a reflection of the person I was at the time that I wrote it, but once a song is out in the world, it belongs not only to me but to those who appreciate it as well,” Shakira said in a statement. Singer Madonna Is Back Home After Visiting 5 Countries in 3 Weeks Amid COVID-19 Pandemic

“I’m humbled that songwriting has given me the privilege of communicating with others, of being a part of something bigger than myself,” added the singer, without revealing the amount of the deal. Shakira released her debut album “Magia” in 1991 at the age of 13, and became a global star with “Laundry Service” in 2001.

(The above story first appeared on Amazing India Blog on Jan 14, 2021 06:53 PM IST. For more news and updates on politics, world, sports, entertainment and lifestyle, log on to our website amazingindiablog,in).