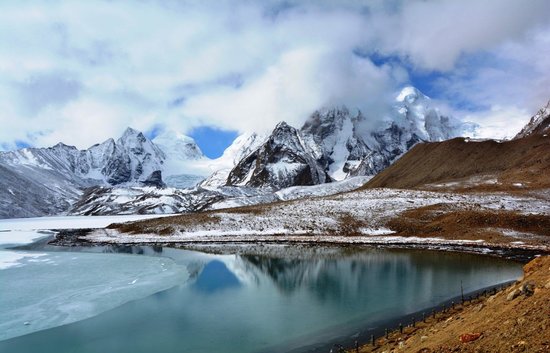 Travelers from other countries to Sikkim will soon be allowed to visit Gurudongmar Lake and other heavenly places in North Sikkim. Till now, they had been out of reach for them so far. It is expected that the move is expected to pave a way for a significant rise in the number of foreign tourists visiting the hilly terrain of the Sikkim state.

The decision for the lifting of restriction on foreign tourists to the sensitive border area has been decided by the Union home and defence ministries gave the necessary approvals.

The State government has already received a notification which enumerates the lifting of restriction, from the Union government. The state department of tourism will be holding a meeting with the home department in a couple of days to work out the modalities and come out with an official notification, it is learnt from the secretary of the state tourism department.

It is envisaged that the travelling foreigners need to obtain travel documents like Restricted Area Permit (RAP) and Protected Area Permit (PAP) before their visit to Sikkim. The state of Sikkim is considered quite sensitive from the security perspective because it is surrounded by three countries, namely China, Nepal and Bhutan.

Till now, the foreign visitors are not allowed beyond Thangu in North Sikkim. With the lifting of the ban, they can roam all the way to Gurudongmar Lake situated at a height of about 17 thousand ft. It is a very popular destination among the domestic tourists.

It is to be noted that the other popular site amongst tourists Nathu-la pass in East Sikkim will, however, continue to remain out of bounds for foreign visitors.

It is estimated that about 50,000 foreign tourists had visited Sikkim in the year 2017. The number of domestic tourists during the same period was 14 lakh. Sikkim is expecting to welcome about 20 lakh tourists this year.