Anirudh Singh July 17, 2019 General News Comments Off on The Travel & Tourism Industry in India is Growing Rapidly: Reasons and Expectations

Due to a sudden rise of the millennial middle class’ financial status, India has seen tremendous growth in the last 5-10 years in outbound and inbound tourism. The effect of massive digital marketing campaigns carried out by both local and international travel companies in the country can definitely be termed very successful, if not overwhelmingly so. A Look at the Figures and Stats

Revenues Generated – During the consecutive years 2016 and 2017, Indian travelers managed to generate $209 billion and $230 billion respectively in total for the travel industry.

The Target Crowd –It was estimated that around 250 million millennials from India are potential target customers for both local and international travels and tours businesses.

External Visits from Foreigners – Back in 2017, it was calculated that nearly 10 million people visited India for tourism and pilgrimage. The numbers look particularly impressive when compared to how many foreign tourists ventured into the nation between 1997 – 2007.

Is Now a Good Time to Invest in India’s Growing Travel Economy?

The World Travel & Tourism Councilhas published an estimation regarding the potentials of the traveling economy in India, and it looks quite impressive. According to the report, the council is expecting to see Indian travel and tourism economy attain the number four position by the end of 2027. The only three countries which they have put ahead of India are China, US, and Germany, in that order.

Now is not just the right time, it’s the best time for investing here. In the next few years, it will become more competitive and the expenses necessary to get a footing in India’s travel economy will begin to skyrocket as well.

The sole purpose of the India Travel Fair 2020, conducted by ITB India, is to help international and local traveling businesses connect to this booming market here. Visit the site to know more regarding the options for exposure and creating networks the travel fair presents.

The Smartphone and the Population

It is no secret that after China, India has the largest population in not just Asia, but also the entire world. However, the nation is also the second largest market in the world for smartphones, which has played a very key role in this boom we are seeing today.

The aforementioned large scale and small scale digital marketing campaigns across social media, search engines, ads, etc., managed to reach their respective target crowds because almost everyone in the country has a smartphone.

Even though a large portion of the population cannot be considered as target consumers for the outbound or foreign tourism industry, the portion that can be considered potential travelers is nothing short of astounding.

On the other hand, it was found that domestic traveling business in India was also growing exponentially, largely because more than 90% of the tourists exploring the country were its own citizens.

Smartphones have managed to connect the travel business to this mostly untapped market in the country, which resulted in both the domestic and the outbound tours business in India to boom beyond expectations. 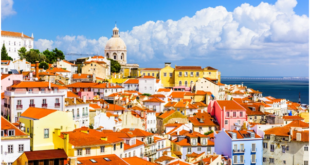