Home / News / Entertainment / To All The Boys: Always And Forever Premieres Only on Netflix on February 12 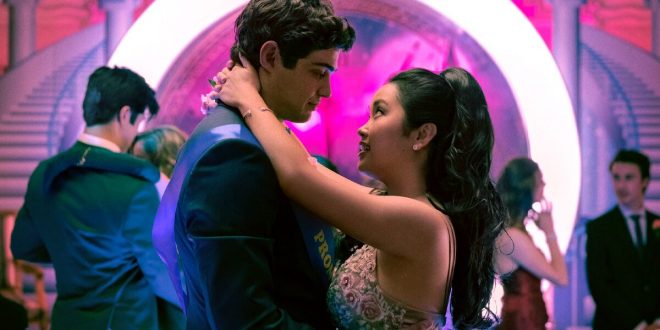 To All The Boys: Always And Forever Premieres Only on Netflix on February 12

The final film in the romantic franchise, To All The Boys, will release on February 12. The series featuring Noah Centineo and Lana Condor is based on Jenny Han’s bestselling trilogy following high schooler Lara Jean’s romantic entanglements. Zack Snyder Reveals He Chose Netflix For Army of the Dead As Warner Bros ‘Didn’t Take It That Seriously’

The film is titled To All The Boys: Always And Forever, and it will show Condor’s Lara Jean preparing for the end of high school, as she re-imagines what life with her family, friends, and Peter (played by Centineo) will look like after graduation. Directed by Michael Fimognari, the film also stars Janel Parrish, Anna Cathcart, Ross Butler, Madeleine Arthur with Sarayu Blue and John Corbett. Malcolm & Marie Trailer: John David Washington and Zendaya’s Love Goes Through Fire and Ice In This Black-n-White Netflix Flick (Watch Video)

To All The Boys: Always And Forever Premiere Date

It’s hard to believe what all started with a letter, a hot tub, and a diner could turn into this…

To All the Boys: Always and Forever premieres February 12! pic.twitter.com/fiTiemcdnE

The hit romantic comedy franchise began in 2018 with To All the Boys I’ve Loved Before, and saw a sequel in 2020 titled To All the Boys: P.S. I Still Love You. The film will release on Netflix.

(The above story first appeared on Amazing India Blog on Jan 14, 2021 07:15 PM IST. For more news and updates on politics, world, sports, entertainment and lifestyle, log on to our website amazingindiablog,in).