Top 10 Places to Visit in Kochi

Once called “Cochin” and “Ernakulam” the city is known for the beautiful backwaters, port and once an important trading center for spices. Also known as the Queen of Arabian Sea, the city has mesmerizing beaches, spectacular Tea gardens, and Spicy Spice estates. The city was once a trading center for a lot of countries and the footprints are visible till today. The trading settlements of Arabs, Jews, Romans and Portuguese can be seen today also. The place is also known to be the base for moving to another religious place of south India.

Top 10 Places to Visit in Kochi

Let’s explore the 10 Best Places to Visit in Kochi.

The palace built in 1555 by Portuguese and presented to “Veera Kerala Varma”, Raja of Kochi, was renovated by the Dutch hence the name- Dutch Palace. Resembles like a Kerala house with four wings and a courtyard in between with a temple of Goddess “Bhagavati”. The beauty of the lush green gardens and lawns, which are beautifully maintained, are a visual delight. There are exhibits of Kochi Kings, Portraits, and collection of Kerala Temple paintings.

One of the oldest and made in 1568 this Synagogue carries unique things within. It has the separate seating arrangements for men and women, can move inside barefoot only, silver and gold crowns, Belgian glass Chandeliers, 100 years old copper plates, orient carpet (hand-made), and carve teak ark Scrolls of Law. The place belongs to the “Malabar Yehuban” or the “Cochin Jewish Community” by the Rajah of Kochi.

St.Francis Church is one of the oldest, made by Europeans, in India in 1503 and is known for its beautiful architectural stepped pinnacle, chancel roof, and its historic significance. It has a baptism platform, offering, and confessional stage, which are worth seeing. It is believed that Vasco Da Gama in his third visit to Kochi died and he was buried here. But later on, his remains were taken to Lisbon. There lies a Grave Stone of the same. There is a memorial for the people who fell in the World War I.

One of the most happening joint for the localities, Marine Drive Kochi faces the Vembanad Lake. The beautifully made pathway presents a magnificent scenic view of the seafront. The sunsets are mesmerizing especially from the two bridges – the Rainbow Bridge and the Chinese Fishing Net Bridge. Wind flowing slowly over a beautiful sunset is the perfect time to spend here.

One of the largest archaeological and one of the first heritage museum of Kerala, Hill Palace used to be the administrative house of the Kochi King. Built in 1865 there are 49 buildings here, spread across 54 acres, pre-historic park, paintings, weapons, Crowns, coins, majestic beds, and horse cart gallery are few of the artifacts which are displayed here. The place is significant in terms of the knowledge it carries with itself, especially for the art and history lovers.

Fort Kochi Beach to the southwest of Kochi, also known as Old Kochi, was once a small fishing village in the pre-colonial Kerala. A part of which was given to the Portuguese by the King of Kochi, and they built a fort called Fort Emmanuel. They places of interest here are the Santa Cruz Basilica, Dutch Cemetery, and other Portuguese establishments. 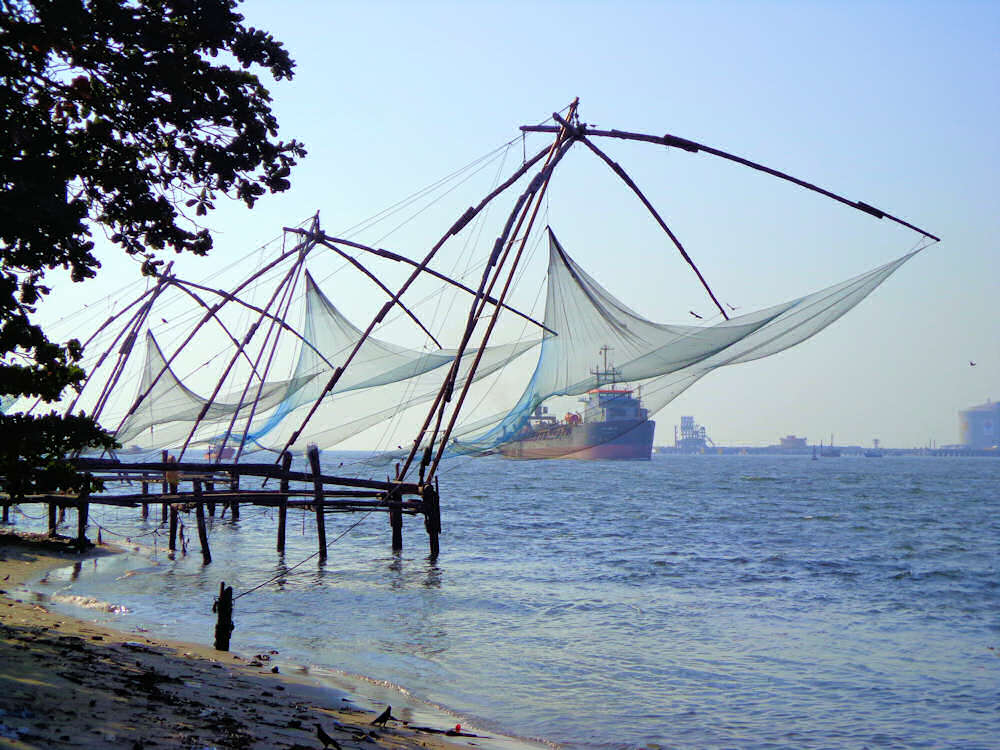 These Chinese Fishing nets have become a typical identity of the city and can be seen in Old Kochi. These are very special for photographers who wait for a frame during the sunset to have a click. Due to their unique design and structure, they stand apart from any other fishing net, each measuring 10 meters in height and need six fishermen to operate. Descended into the water for a very short time, the catch is not much and then it’s pulled up. 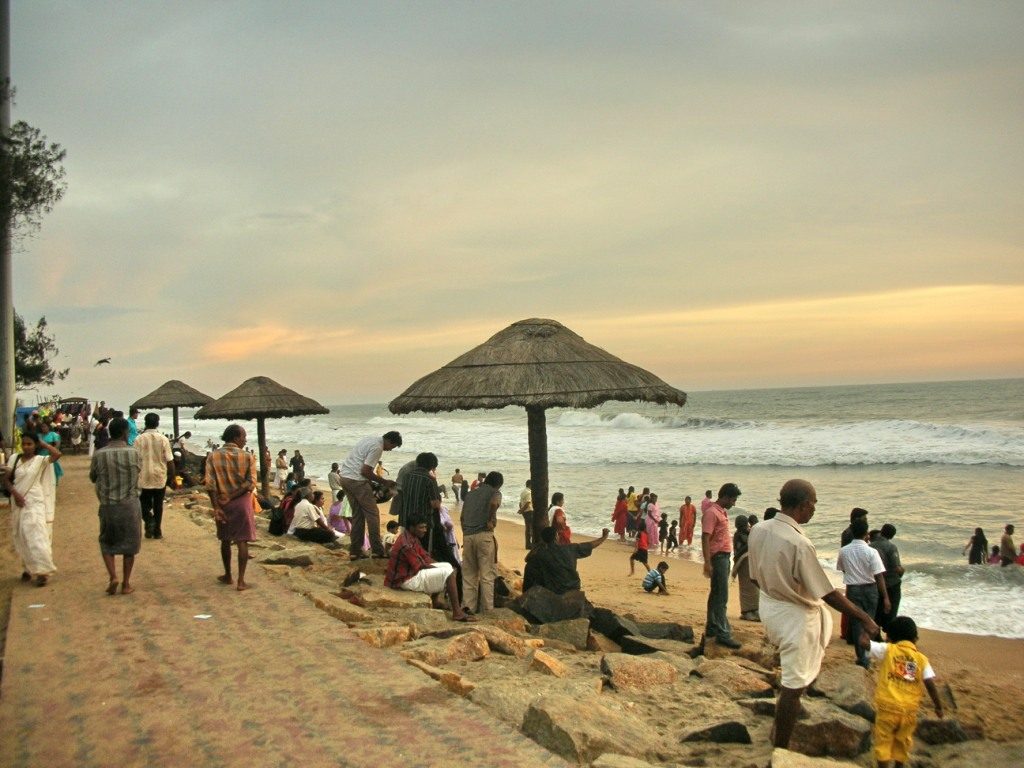 Stretching 10 kms at the northern end of Vypin Island, Cherai Beach is a golden sandy beach with lots of coconut plantations, plenty of sea shells and tranquility.  To enjoy a serene beach and enjoy the backwaters around and the fishing nets this is the best place. Sometimes Dolphins are also spotted here.

Situated on “Chalakudy River” Athirapally falls are gigantic and one can hear the devastating, yet musical sound produced by the white waters falling from a height of 24 meters. The huge rocky area has rich and green vegetation and is home to distinct animals like – “Lion Tailed Macaque”, “Sambar”, “Bison”, “Asiatic Elephants”, and “Leopards”. 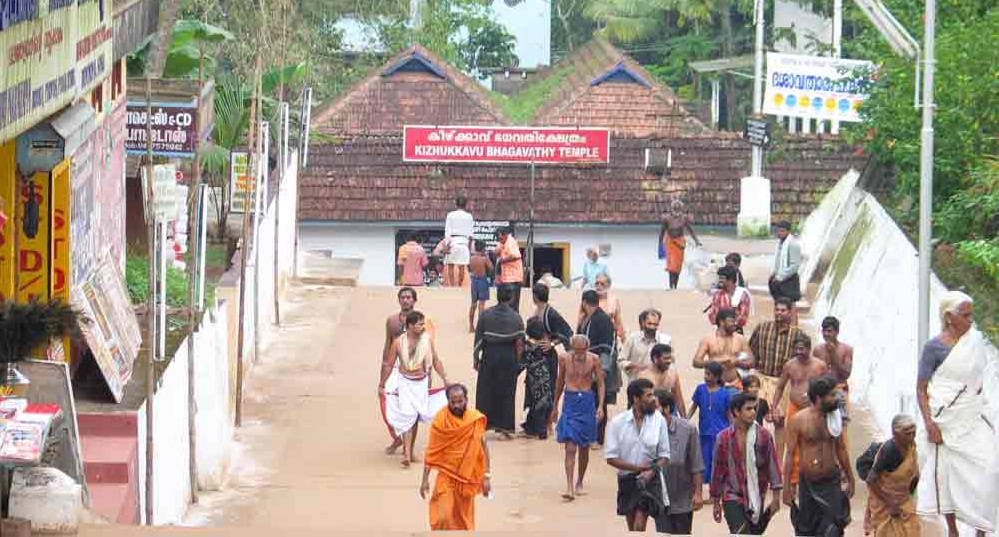 The Goddess of Kerala and Konkan is worshiped here in three different forms – Saraswati, Durga, and Lakshmi. Chottanikara Bhagavathy temple is one of the most sacred, respected and admired temples in Kerala. Vishwakarma Sthapathis sculpted this temple and is an architectural masterpiece. The temple is known to organize a number of festivals and all of them have their own significance.

Hope you liked our Article on Top 10 Places to Visit in Kochi.