Siem Reap is a popular city in the northwest of Cambodia, with a wealth of culture and history. The amazing street food, world famous monumental temples and pulsating nightlife have made the Cambodian City of Siem Reap a major tourist destination, wowing millions of travellers from across the globe. 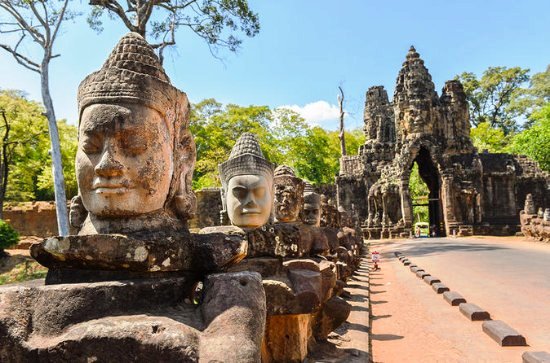 So, if you are planning a trip to this beautiful city, consider including the below mentioned ten places in your itinerary.

There is no doubt in the fact that most tourists visit Siem Reap as it houses one of the greatest temples in the world, Angkor Wat. Going for an Angkor Wat tour should be on top of your itinerary list as the beauty of this UNESCO World Heritage Centre is too exquisite to be missed. As per scholars, the temple was built during the twelfth century by the Khmer empire to worship Hindu God, Vishnu. Presently, the Angkor Archaeological Park houses the ruins of the temple building. The walls inside the temple are carved with Hindu mythology and are an absolute delight to the eyes.

Apart from the famous Angkor Wat temple, you will also be able to see 50 Buddhist and Hindu temple sites in the Angkor Archaeological Park which were built between the ninth and twelfth centuries. The park also houses a long-heighted wall, called ‘Terrace of the Elephants,’ which is decorated with sculptures of ancient Khmer warriors, dancers, elephants and garudas.

You will be able to explore the Hindu and Buddhist treasures at the Angkor National Museum, which opened in the year 2007. The museum contains 1000 artefacts belonging to the Khmer era. Besides this, the magnificent museum is segmented into 8 galleries based upon royalty, religion and era. If you wish to learn more about Cambodian history then a visit to the museum is a must.

If you wish to explore more of temples then you should visit the Banteay Srei Hindu temple. The temple is carved of delicate artwork which is believed to be sculpted by women. This is the reason why the temple derived the name ‘Banteay Srei’ which means ‘Citadel of Women.’

This impressive bird sanctuary is situated within Tonle Sap Biosphere Reserve and is a famous area for bird watching and ecotourism. The sanctuary is home to many rare birds like Spot-Billed Pelican, Milky Stork and Adjutant Stork. Don’t forget to take your cameras with you to capture such aviaries.

Neak Pean is an artificial island, having a Buddhist temple at its centre. Locals believe that the temple was built to worship Avalokitesvara originally while the pools were developed to cure diseases. Your trip to Siem Reap will not be complete without seeing the snake sculptures made across the temple base.

Wat Damnak Pagoda is the largest and most interesting pagoda in Siem Reap. The establishment was King Sisowath’s royal palace originally but was later turned to a pagoda after he moved out. Presently, the large grounds comprise of a school, 2 charities as well as a sewing training center for local women. The pagoda is also extremely famous for the extensive library, centre for studies and green gardens. If you wish to take a break from the hustle and bustle in the town centre, then Wat Damnak is the place of interest for you.

The Angkor market gets busy and vibrant right after sunset, with several stores selling local handicrafts and Khmer artwork. You can enjoy popular local dishes such as barbecued pork by visiting the bars and restaurants here. The Night Market is the go-to place in Siem Reap if you wish to shop.

The Cambodia Landmine Museum opened during the 1990s and is located within the Angkor National Park. It offers tourists a glimpse into Cambodia’s history with Vietnam and explains how child soldier Aki Ra cleared landmines using a stick in order to gather defused dynamites from a house. There is a Child Relief Center in the museum to look after the children residing there.

Apart from the Night Market, Siem Reap’s Pub Street is another popular tourist attraction. The street is full of life, all through the day. It comprises of several clubs and bars which will surely give you a hint of the mesmerizing Cambodian nightlife. You will also find many restaurants here, serving some of the best Khmer delicacies in Siem Reap. Besides this, the street also houses various quaint cafes, art galleries and souvenir stores. The Pub Street starts getting busy from early evening hours, during which vehicles are prohibited to enter, and soon turns into a nightlife hub.

Hence, make sure to explore such amazing sights when you plan your well-deserved vacation to Siem Reap. 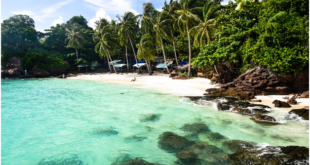 Top 5 reasons to travel to Vietnam from India in 2019 Know These 6 Things Before Visiting Dubai Amazing things to do when you are in Thailand