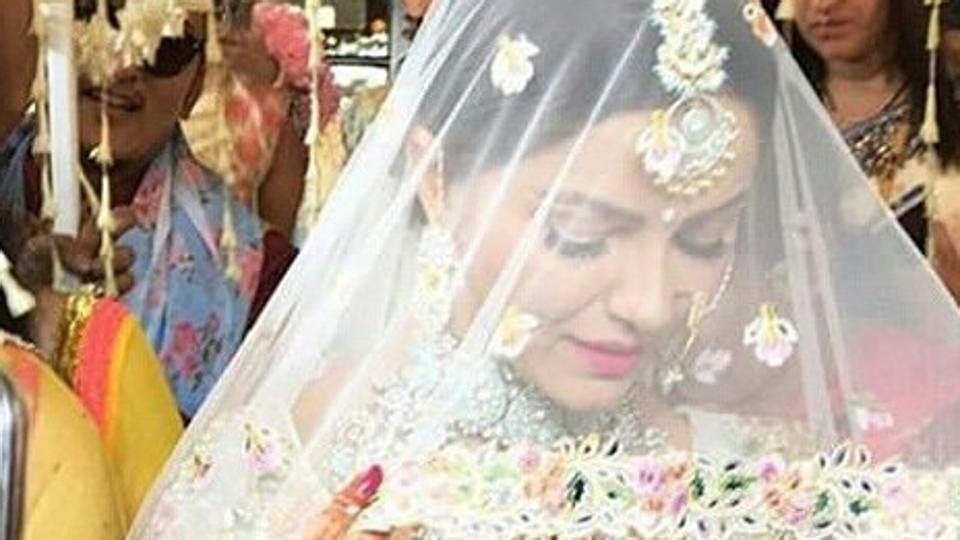 Television actors Rubina Dilaik and Abhinav Shukla got married today in the capital of the scenic state of Himachal Pradesh at Shimla.

The couple got married in the presence of their close friends and family only. The guests comprise Karan Grover, Hussain and Tina Kuwajerwala. A lot of other TV actors and friends like Sharad Kelkar, Kirti Kelkar, Surveen Chawla were also spotted there.

The couple chose the beautiful location of this capital city, Shimla because both of them love nature. They were looking picture perfect in designer bridal attires. Rubina was looking beautiful in ivory white lehenga with pink and green embroidery. Abhinav chooses the sea green and golden sherwani as the dress for this auspicious day. 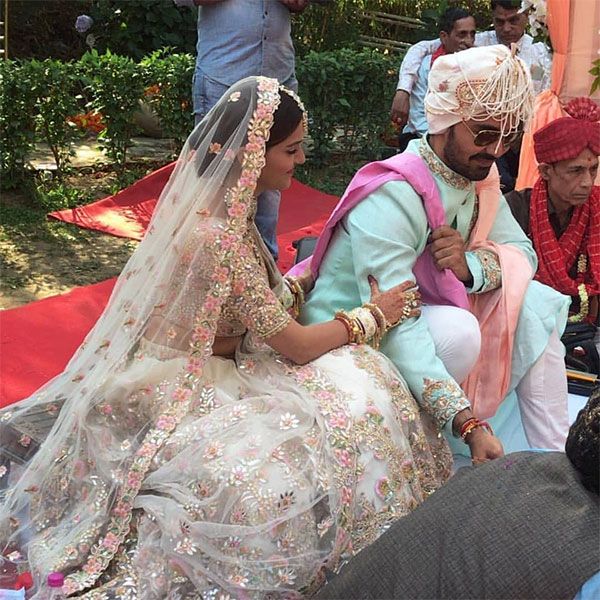 After the mehndi function, the last night witnessed a sparkling engagement ceremony of the couple. The prospective bride Rubina was seen enjoying and sharing lovely moments with her colleagues.

It is said that rest of the wedding functions will take place in Ludhiana and Mumbai. The Mumbai reception will likely to see a sea of who’s who of TV industry. 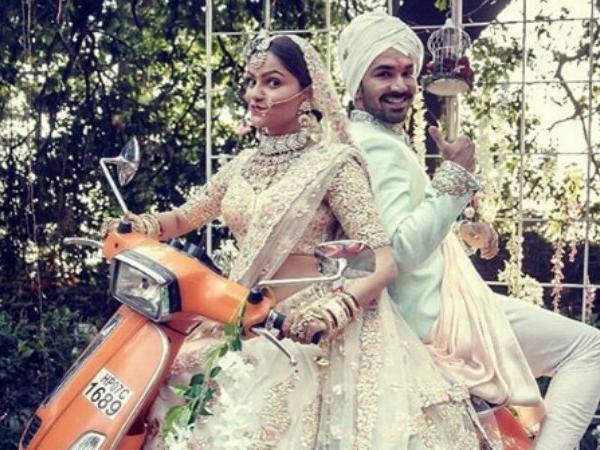 The Ludhiana function is slated for June 24 while the Mumbai reception is scheduled on June 28. Most probably, it will be held at Kishore Kumar’s Bungalow, Juhu Tara Road in Mumbai.

It may be recalled that the two first met on the sets of Chhoti Bahu. They soon fell in love. They are said to be dated for more than three years.

Abhinav had a career starting from April 2004, when he was selected as Mr. Best Potential in Gladrags Mr. India Contest.

He was finished among the top six in Grasim Mr. India in the same year. His debut in the Indian television industry was with Jersey No. 10. He also got some roles in Geet, Ek Hazaaron Mein Meri Behna Hai, Jaane Kya Baat Hui and Chotti Bahu.

He also played a cameo in Zee TV’s show Badalte Rishton Ki Dastaan. Roar: Tigers of the Sundarbans, is the sole movie, in which he plays the role of Pundit an army commando. He has got good reviews for portraying the character, with santabanta.com.

Besides an actress, Rubina Dilaik is also known as a fitness spokesperson. Known as Radhika, in the TV series Choti Bahu, he also played the role in its sequel Choti Bahu 2. Dilaik was ranked No. 11 in the Top 50 Sexiest Asian Women List by Eastern Eye in the year 2016. Which improved to No. 10 in the next year. Currently, she is portraying the female lead in the popular series Shakti — Astitva Ke Ehsaas Ki on Colors TV.