You might have seen a lot of joint families with a lot of members. Have you ever heard of a single family with 183 members ! You got it right, an Indian man named Ziona Chana from Mizoram has set a record of having a 183 member family. Surprisingly, he has 39 wives, 94 children and 33 grandchildren (167 members including Ziona). In addition to 167 members he also has 16 daughter-in-laws making a family of 183 members. This family lives in a 4-stories building in a small village near the border of Bangladesh & Burma. 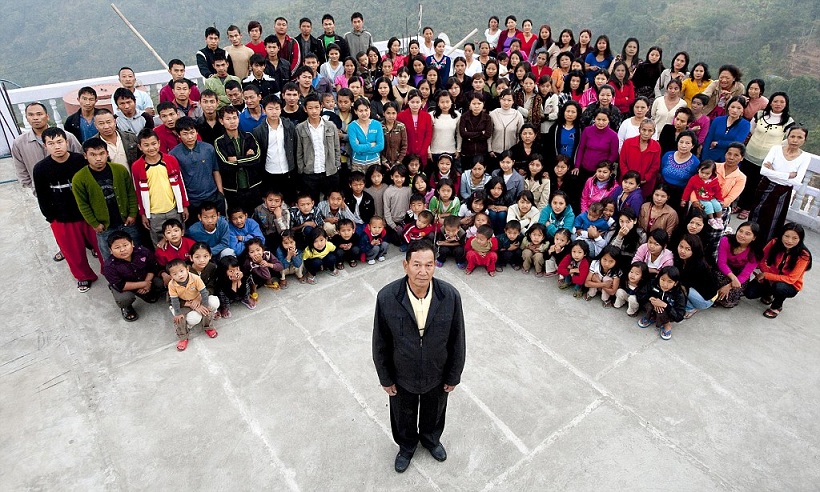 Ziona Chana says that once he married 10 women in 1 year. The sons and their wives and all their children live in the same building, in different bed rooms but share a common kitchen.

The house that they live in has over 100 rooms, and is located in Baktwang village, Mizoram. Ziona’s wives sleep in a giant dormitory. This huge family of 183, consumes about 90 kg of rice and 60 kg of potatoes every day. When the family wants non-vegetarian food then it takes 30 whole chicken for the complete family to prepare dinner.

Cooking is done by the wives, the daughters do cleaning and washing work and the men work outside like farming, jobs and other things. 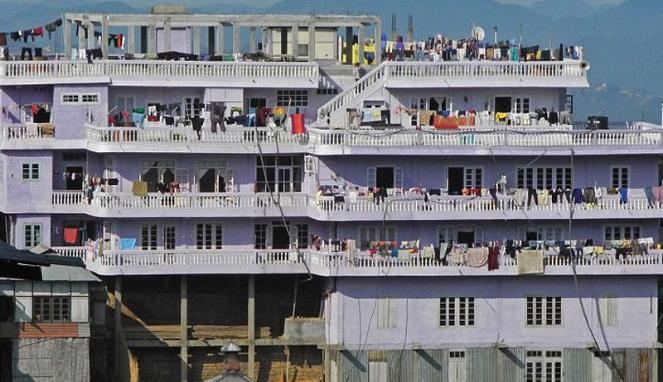 Ziona says even today he is ready for another marriage and can afford to have one more wife. He also says that he is  lucky that God has given him so many people to take care of. Ziona met his first wife at the age of 17.

Chana keeps the younger women near to his bedroom and the older members of the family sleeping away from the bedroom. Also, there is a rotation system for the members who visits Chana’s bedroom.

One of the wife of Mr.Chana, Rinkmini who is 35 years old says that ‘We stay around Ziona as he is the most important person in our house. He is also the most handsome person in the Baktwang Village.’ Rinkmini adds that Mr. Chana noticed her on a morning walk in the village 18 years ago and wrote a letter to her asking for marriage.

Another wife of Ziona Chana, Huntharnghanki says that the entire family has a good bonding. She also adds that the family shares mutual love and respect.

Mr. Chana’s religious sect has about 4,000 members, and he says that he never stopped looking for new wives. Chana also says that ‘To expand my sect, I am willing to even go to the U.S. to marry’.

Surendra Kumar Apharya – The Man who can write on Rice & Human Hair!