10 Best Ashrams in India for Foreigners

Anirudh Singh March 10, 2017 Ashrams Comments Off on 10 Best Ashrams in India for Foreigners

India has evolved as a destination for a Health, Investment, E-Commerce, and amongst other things a place for “Ashram Tourism or Tourists”. People from across the world find India as a place to relax, rejuvenate and get close to spirituality and Nirvana. Foreigners visit India and look for Ashrams where they can stay, pursue divine, religious and devotional enlightenment. Few go back with the sense of fulfillment and a lot of them stay back to further explore themselves near to God. It’s very important, though, to understand that there are hostile conditions and people everywhere and foreigners must have a complete knowledge of the authenticity of an Ashram before they visit with their purpose.

Top 10 Ashrams in India for Foreigners

Let’s explore few Ashrams which are best for foreigners in India:

Known as the “Disneyland of Spirituality” the ashram is dedicated to the Spiritual and devotional harmony attained by Nirvana. One of the five ashrams in India this ashram not only helps to unwind, relax, rejuvenate, but also helps in the personal and mental growth via, Yoga, Tantra, meditation programs and other programs to attain solace and serenity. The resort is quite famous amongst foreigners and is a true picture of Indian culture and tradition.

Founded by Sri Sri Ravi Shankar in 1986 and is exemplary for personal, spiritual, divine development. The ashram believes in transforming you in to a good human being and brings you close to mankind and GOD. The “Seva” and “Satsang” followed daily at the ashram in the tranquil ecosystem is a pursuit to Nirvana.

One of the highly acclaimed and top ashrams in Rishikesh, is approachable from Dehradun, teaches Vedanta and Sanskrit.  Professional Yoga teachers visit here to teach Yoga to the disciples and also attain self development. Visitors have the facility get close to nature and GOD in the peaceful and harmonious environment in the ashram. The birth place of Sri Sathya Sai Baba – Puttaparthi, is known for this ashram which spreads the message of peace and brotherhood. This ashram is where Baba got the enlightenment.  Spiritual seekers look forward to this ashram for attaining solace and spirituality and it is reciprocated by the ashram irrespective of the social status and geographical location they belong to across the globe.

Founded in 1926 by Rishi Aurobindo ashram is dedicated to Yoga and Divinity. Ashramites are allowed to learn and development at their own paces with the only objective of changing one’s inner self through “Sadhana”. This vibrant and dynamic ashram is nominated as the topmost ashrams in India.

Foreigners can visit any one ashram from the many branches of this ashram, founded by Swami Vishnudevananda. The ashram has branches worldwide and is famous amongst locals and foreigners.  With the principle of working on four main paths – Bhakti, Karma, Raja and Jnana the ashram emphasizes critically on Hatha and Bhakti Yoga. 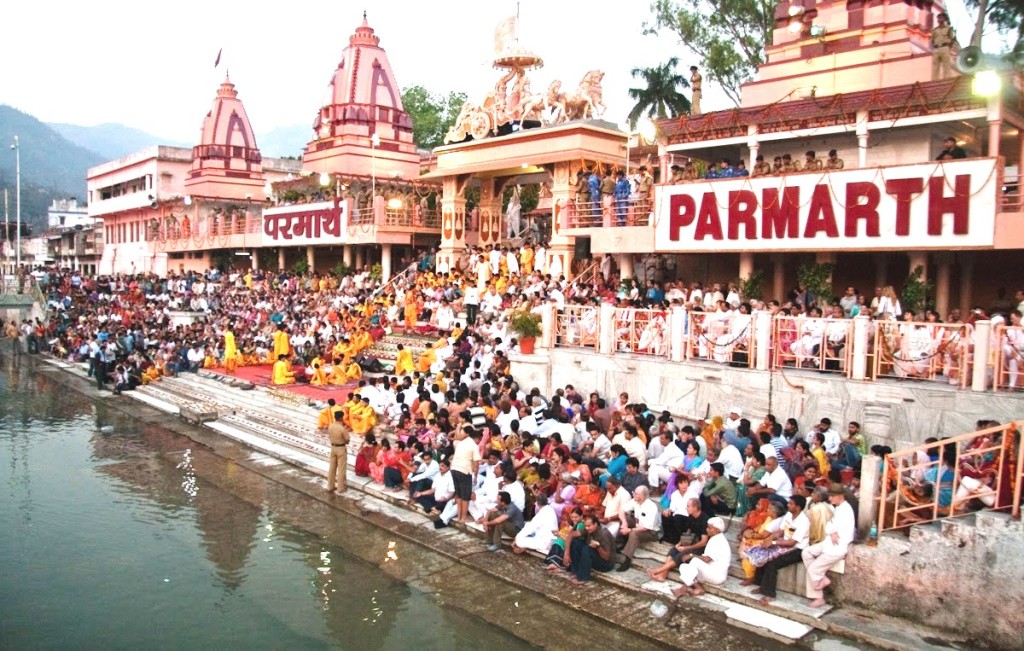 Amongst the famous ashram in Rishikesh this ashram lets you to live free, learn and get close to the world of spirituality and divine enlightenment. Staying here and exploring other places with the teaching of intensive yoga courses this ashram is a great halt for foreigners. The location near the holy Ganges makes it blissful.

The “Hugging Saint” is the name “Amma” is famously known as, who is the founder of this ashram which has around 3000 visitors daily, both national and international. The positive vibration and the aura in the ashram with the teachings of yoga and meditation will bring a person close to spirituality and divinity which what our international friends explore.

Meditation sessions are illusive in the ashram and take you close to self realization that is the essence of this renowned place, founded by Ramana Maharshi. At the foothills of Arunachala Mountain with a small campus having few temples, this powerful ashram is the ultimate destination for the meditation and yoga seekers.

Learning Hatha yoga and other forms of yoga in this ashram and getting enriched by its serenity and tranquility is what makes it one of the most sorts after ashrams in Haridwar. The location is perfect as the holy River Ganges is next adjacent to the ashram and the musical sound of the waves can be heard in the peaceful air of the Yoga and the Chanting hall of the Ashram.

There are numerous ashrams where one can go, learn, stay and attain solace and enlightenment but to be blessed by Gurus is most important. That is what we tried to explore with the above list. 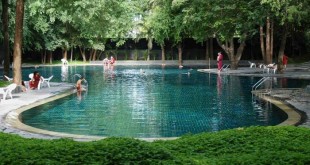