10 Most Dangerous Roads in India

Anirudh Singh December 12, 2016 Road Routes Comments Off on 10 Most Dangerous Roads in India

It’s just not that a trekker can share the experience of trekking or hiking, in today’s city traffic manoeuvring your four wheelers or even two-wheeler is no less than trekking. But the real experience comes riding comes only when you are not aware of the next turn, when you can experience the goblet move done your throat when you know that a small mistake can be your last mistake of your life. Still, you have the courage and daring to ride your vehicle to the destination. The geography and the topography of the Indian continental provide you the opportunity of riding on some very dangerous yet majestically beautiful roads. Let’s ride across the most dangerous ones!

10 Most Dangerous Roads in India

At an elevation of 5360 meters and is the entrance to the Changthang Plateau in Indian Himalaya. Being the world’s third highest motorable pass, with a distance of 134 km this road is snow-clad through the year. Due to the altitude, the oxygen levels are minuscule. Nausea and breathless is a common occurrence while driving on this route. With chilling wind and extreme climatic conditions, it is advisable to carry warm clothes and a medical kit. The proximity to the China border makes this place guarded by the Indian Army.

This Pass in on the national highway 1D that runs between Srinagar and Leh, and runs at an elevation of 3528 meters. After Fotu La it is the second highest pass. One can very well imagine one wrong step and in a blink of a second, you are down 11575 feet. This deadly road becomes more killing when it is covered with snow.

It runs through the Baspa river gorge in Sangla Valley in Kinnaur district of Himachal Pradesh at an elevation of 13123 feet. The road is a connect between Kinnaur and rest of the world and is constructed by cutting hard rocks of the mountains around. The climate is very dry and cold, and the valley remains closed for nearly six months from December to May. The narrow patches of the road are deadly and very quite at times.

This highway runs from Leh in Jammu and Kashmir to Manali in Himachal Pradesh, a distance of 490 kms. The average elevation of the road is at 13000 feet. Open only four months of the year from May to September, this road is blocked due to heavy snowfall. The gravel and snow clad patches makes the traffic very slow and moves at a snail’s pace. The long queues of trucks can make to feel going back. Also, you can find damaged, crushed vehicle which can scare you. Landslides and the narrowness of the road is fearful and highly challenging. 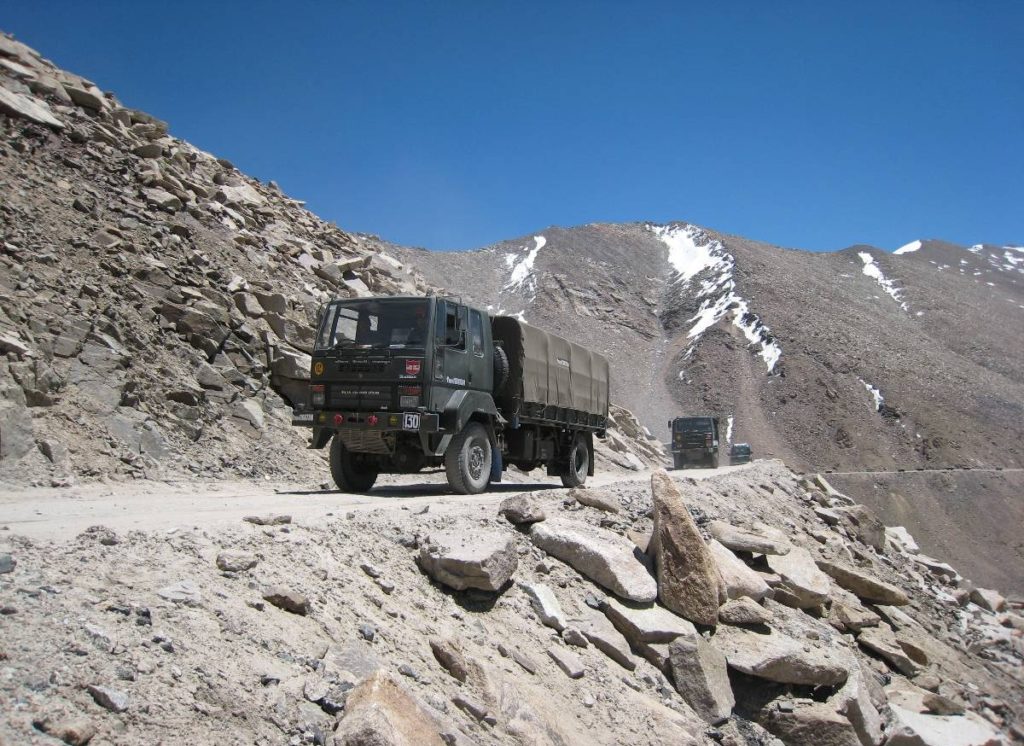 Khardung La Pass is located at around 39 km from Leh and runs at an average elevation of 17582 feet. The total stretch is a gateway to Shyok and Nubra Valleys. The road conditions are from smooth to loose rocky to dirt and snowy. Normally it is closed between October to May and is under Indian Army. The road has lots of hairpin bends. The mountains peaks on both sides of the road, snow covered, gigantic, makes it believe that it is the highest motorable Road in this area.

Gata Loops is a series of twenty-one hairpin bends/ loops on the Manali- Leh Highway and runs at an elevation of 16000 feet. You may feel that it is dangerous due to the twist and sudden turns of the road, but when somebody shares that there are “Ghosts” around it makes it more scary and chilling. Suddenly you feel that snow is running your bloodstream when you find that the ghost, as claimed, is a tourist who died on the road. People / trekkers offer Mineral water and Cigarettes and only then move ahead.

This 30 km stretch of road in Sikkim is famous for its 100 hairpin turns. The turns are so many that the driver can start getting dizzy. The hormone adrenaline suddenly gushes into your blood once you start moving up. It is located near a small village called Zuluk, and the view from the Thambi view point is breathtaking.

Matheran is a tourist destination where people visit for enjoying the scenic beauty. But connectivity by public transport is till Neral which is at the foothills which is around 90 km from Mumbai and 120 km from Pune. From Neral either one has to take a toy train, ride by minibus service or a private car. This 21 km ride is adventurous but is not for people who are weak at heart. The twist and turns will take your heart out. Though the stretch has a beautiful lush green panoramic view on both sides of the road, but one need to focus on the road or else you may pass a sudden turn. This highway runs in between Ambala in Haryana to Khab in Himachal Pradesh and is around 459 kms in length. One of the deadliest and named as “Highway to Hell” has been constructed by cutting mountains. A lot of dome-shaped tunnels are present on the way which gives a feel of passing through a death trap. Steep sides and slopes of the mountain are scary and give you Goosebumps. The terrain has a lot of hairpin turns and avalanches and landslides occur anytime. The reputation of sudden snowstorms makes it more dangerous. 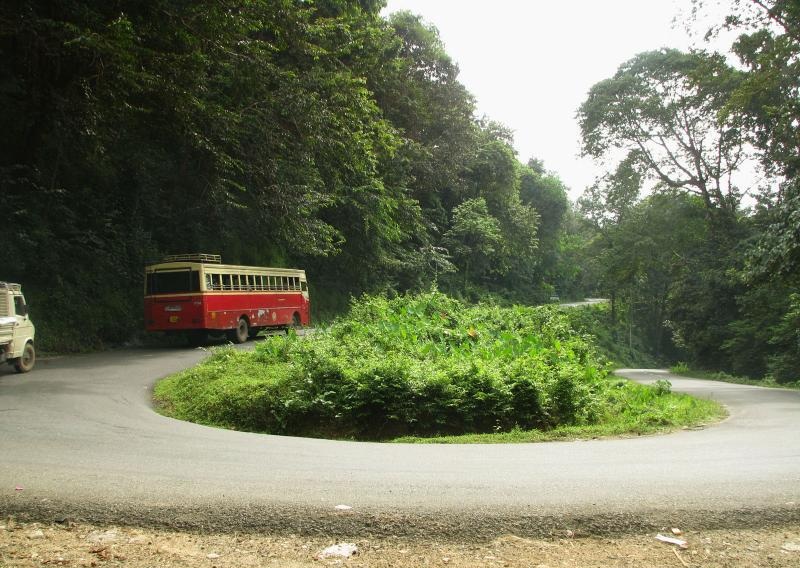 Munnar Road, also known as NH 49, is a twisting, zigzag, and curvy road with a length of 130 km.  Though smooth but is known for its dead ends and sharp turns. In some places, there is not even enough space for one vehicle. But then you get the picturesque view of the tea plantations.

It is scary even to think of these roads and at the same time takes out the trekker inside you. The fact that people move on these roads and vehicles travel on these snow-clad stretches challenges you to dare one such trip.