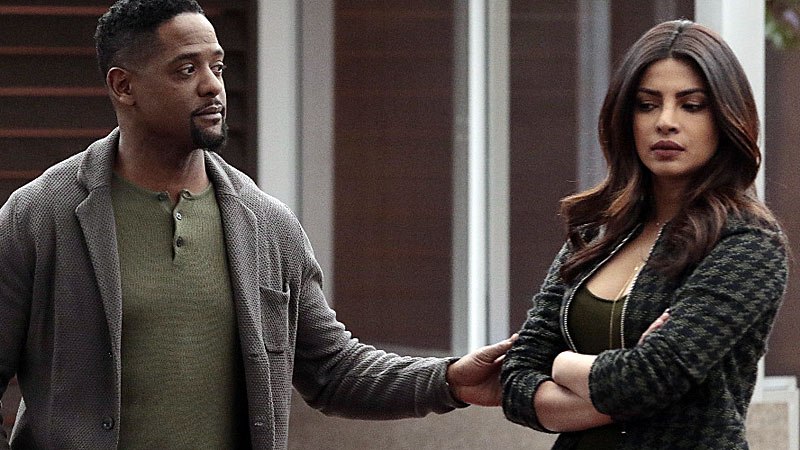 The US broadcast company ABC has tendered an apology after an episode displayed something unusual on Priyanka Chopra’s drama series ‘Quantico’. The episode was weaved around Indian terrorists, plotting an attack in Manhattan with the goal of blaming Pakistan for it.

The show is on the air in India on English entertainment channel Star World.

Quantico is just a work of fiction. It is an American drama thriller series which premiered in the latter part of the year 2015 on American Broadcasting Company (ABC). the show and the episode in question were Directed by J Safran, Mark Gordon, Robert Sertner and Nicholas Pepper, the series follows a group of young FBI trainees. Each of them has a particular reason for joining the FBI Academy in Quantico, in the USA.

The matter is related with the episode, entitled ‘The Blood of Romeo’, which was aired on June 1, this year only. Here, Priyanka Chopra’s character– an FBI agent Alex Parrish, subvert a plot by terrorists, just days before a top-level meeting between India and Pakistan. Her investigations reveal that Parrish finds a religious Hindu symbol, found on the neck of one of the suspects. It leads her to believe that the plot was devised by Indian nationalists to frame Pakistan in a nuclear terror attack.

The particular episode caused a storm on various digital media platforms. Her thousands of fans questioning how Chopra, an Indian, could have become part of the controversial fiction.

To clarify things, ABC has come out through a press release, which says that ABC Studios and the producers of ‘Quantico’ extend an apology to the audience who could have been offended by the recent episode, ‘The Blood of Romeo’. The company, i.e., the ABC has added that the episode has created a lot of emotion, which is directed at Priyanka Chopra, but she is nothing to do with the story part. She neither created the show nor does she writes or directs it. She has not involved in the casting of the show in any manner.

ABC also clarified its position by saying that Quantico is purely a work of fiction. The show has portrayed many different countries and cultural variations with different backgrounds. Here, it was just an inadvertent error which snowballed into a complex political issue. It was certainly not intended to offend anyone.

‘Quantico’ is now in its final season. After being off the air for nearly a year, the third season of ‘Quantico’ premiered to a meagre 0.5 rating in the adults’ viewers and fewer than 30 lakh total viewers.