Charminar : The magnificent centerpiece of Hyderabad

Charminar, the magnificent centrepiece of Hyderabad makes this city all the more majestic and grand. The name is so acquired because of the 4 minarets (towers) of the Mosque. The Charminar is also called the  ‘Arc de Triomphe’ of the East by some people it is one of most important monument of Hyderabad  built by Qutub  Shahi Dynasty. In the evening, this great monument looks even great with illumination.

Charminar : The magnificent centerpiece of Hyderabad

Let’s begin with the history behind Charminar.

In 1591 Sultan Quli Qutub Shah of Qutub Shahi dynasty shifted his capital from Golconda to Hyderabad. It was the time when he built the big structure of Charminar which became the global icon of Hyderabad. The old city of Hyderabad was designed with Charminar as its centrepiece and the whole city was spread around it. Char Kaman, the four gateways are constructed towards the north of Charminar. Persian architects of high superiority were invited to develop the city plan. Charminar was intended to serve as a Mosque and Madarsa. The mosque’s construction is of Indo-Islamic architecture with traits of Persian elements. 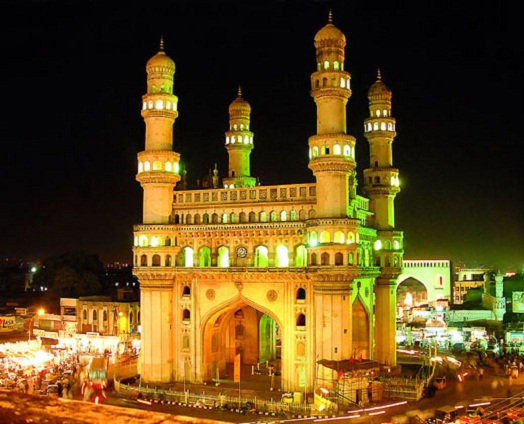 There are various accounts of believes as to why the mosque built. Few believe that the Sultan built it to honour a promise God when he prayed for the eradication of a plague that desolated the city. Others believe that it was constructed to commemorate the beginning of the second Islamic Millennium Year (1000 AH) the event that was celebrated widely in the Islamic world another is a popular folklore among the locals that the palace was constructed in the memory of Sultan’s beloved wife Bhagmati. The four minarets are possibly meant to honour the four caliphs of Islam.

It is said that a secret tunnel runs underneath the monument that connects to the Golconda fort which could be used by the royal family to escape but so far no such tunnel has been found.

Charminar is situated in Hyderabad, Telangana. It is located amidst some lively bazaars and colourful shops. Laad Bazaar being the most prominent adds to its grace. It is surrounded by other important structures such as Chowmahalla Palace, Mecca Masjid and many others. The tall minarets give a brilliant view of the city.

The breath-taking structure Charminar which is at the heart of the city will mesmerize you as you come closer to it with its four spires rising in sky seeming to proclaim to the world of the rich heritage of this ancient city. The four storied, ornate with ring formations in the shape delicate flower petals are a perfect example of Islamic architecture.

The monument is built as per the Islamic architecture. The structure is made up of pulverized marbles, granites, mortar and limestone. It is a square shaped structure which is 56 metres high and 30 metres wide. 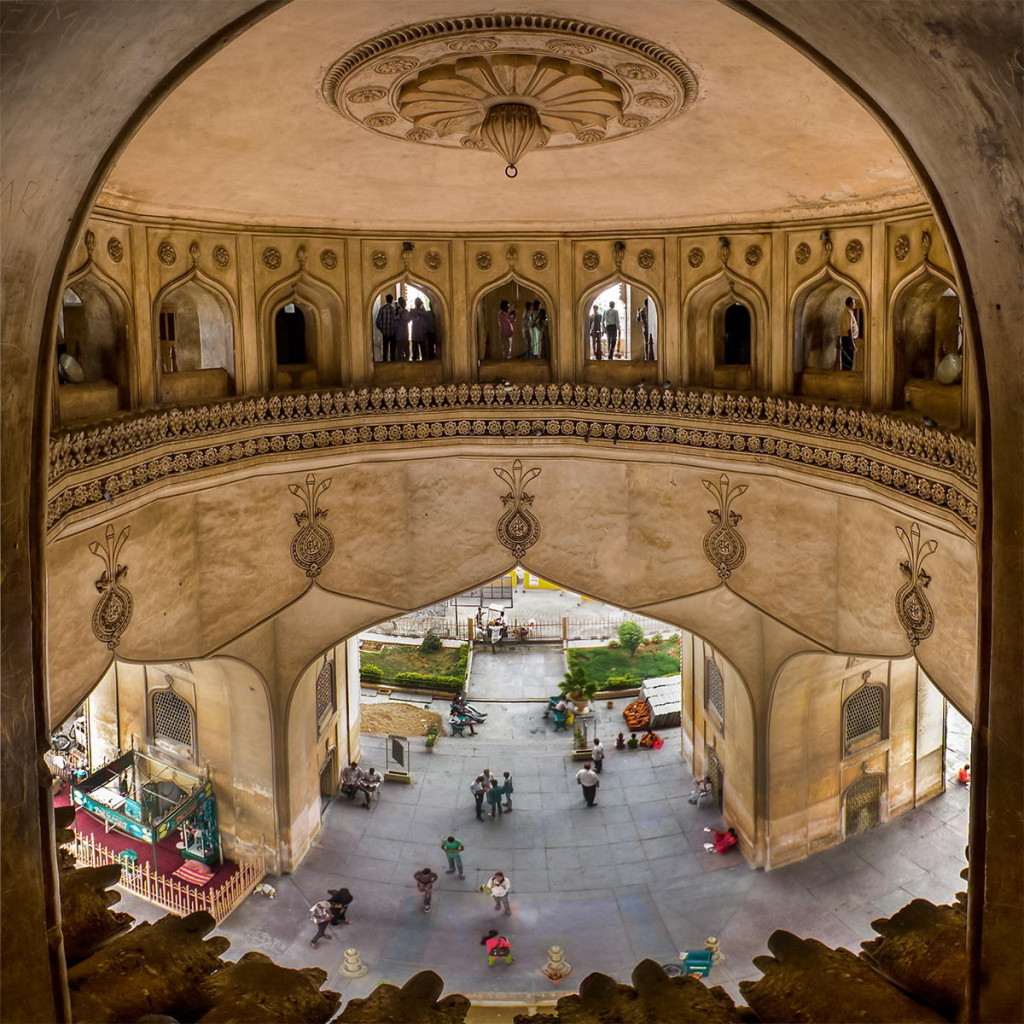 This square shaped structure has towers in each four corners with all the sides 20 metres in length. Each side opens into a plaza through giant arches overlooking four major thoroughfares. Each arch has a width of 11 m and height of 20 m

The minarets cover a length of 487 m from the ground to the apex. Each minaret has four storeys. There are 45 praying spaces but the best one is the rooftop mosque at the western end of the structure. There are 149 winding steps that ascend to the rooftop.

▪ A replica of Charminar was constructed by the Hyderabad Muslims (living in Pakistan) in the locality of Bahadurabad near Karachi.

▪ A model of Charminar was scaled out of 50 kilograms of chocolate by Lindt chocolatier Adelbert Boucher which was displayed on 25 and 26 September 2010 at The Westin, Hyderabad.

How to Reach the Monument ?

Timings & Duration for the Visit

The duration of your visit could be around 1 hour.

The entry fee is Rs.5 per person for Indian nationals and Rs.100 for foreign tourists.

Best time to Visit the Monument

The best time to visit Charminar and Hyderabad is during winter months (October to march), as the weather is pleasant here.

You can visit Charminar at any time of the day, but to get the best view monument, evening is the most suitable time as the monument gets fully illuminated.

Your visit to Hyderabad would be worthless if you miss visiting the Pride of Hyderabad, it’s most charming landmark-Charminar. So it you wish to explore the Qutub Shahi architectures, Charminar is the finest example located in the heart of the old city.