Red Fort – One of the Largest Forts in the World

Located in the centre of Delhi, Red Fort is a historical monument built by the Mughal emperor Shah Jahan in 17th century. The red sandstone walls of the massive Fort attribute to its name – Red Fort (Lal Qila). Earlier the Fort was called Qila-e-Mubarak as it was the residence of the royal family. The huge walls of the Fort stand tall as a reminder of the magnificent power and pomp of the Mughal Empire. It took about nine years to complete the construction of the esteemed fort.

Red Fort – One of the World’s Largest Fort

The Red Fort is a mesmerizing piece of architecture and the largest monument of Delhi. The fort now houses a number of museums. It is one of the major attractions of Indian tourism. It once served as the residence to the Mughal Emperor and is now a World Heritage Site. Every year on Independence Day the P.M addresses the nation from Red Fort.

Mughal Emperor Shah Jahan shifted his capital from Agra to Delhi in 1638 and in the year 1639 he commenced the constructed of the Red Fort. It took nine years to complete the construction work and the fort got completed in 1648. The Moti Masjid was added to the Emperor’s private quarters by Aurangzeb (successor of Shah Jahan). After Aurangzeb, the Mughal Empire started declining.

The Red Fort came under the hands of many rulers. According to the treaty of 1752, Marathas were made the protectors of the Delhi throne. In 1803, the British forces defeated the Marathas in the Battle of Delhi. After the battle British took over the Red Fort Bahadur Shah Zafar was the last Mughal ruler to inhabit the Red Fort. He was exiled by the British in 1858.

Assaults on the Fort’s Grandeur

The Red Fort suffered numerous assaults on its prestige. The silver ceiling of the Diwan-i-Khaas was melted and replaced. After the Mughal rule, the British underwent systematic despoliation of valuables from the fort’s palaces. All assets of the fort were destroyed.

Most of the valuables (jewels and art works) were looted and damaged and were eventually sold to British Museums. Kohinoor diamond, jade wine cup of Shah Jahan and crown of Bahadur Shah II were looted and are currently kept in London.

Architecture and Interiors of the Fort

The Red Fort was designed by the architect Ustad Ahmad Lahauri who also designed the Taj Mahal. The Fort’s designing is a synthesis of Persian, European and Islamic architectural styles. The fort is spread over an area of around 254 acres enclosed within 2.41km of defensive walls. It is the form of an octagon, with two long sides on the east and west, and with two main gates, one on the west and the other on the south, called Lahori and Delhi gates respectively. The Red Fort is constructed out of red sandstone along with marble that has been extensively used in the construction of the palace within the fort. The marble floral decorations and double domes in the fort’s buildings illustrate the later Mughal architecture. It is also one of the best examples reflecting the precision grandeur and finesse of architecture especially during the era of Shah Jahan.

As you enter the monument through the western gateway, you can locate the Naqqar Khana (Naubat Khana) where ceremonial music was played before the royalty entered the Diwan-i-Aam (hall of public audience). The Diwan-i-Aam was the court where state administrative affairs were discussed and the general public could seek the king here. A little ahead of the Diwan-i-Aam lays the Diwan-i-Khaas which was the hall of the Private audience where the matters related to the royal family were discussed. The entire interior of the Hammam (Both) including the floor is built of marble and inlaid with coloured stones. To the west of the Hammam are the Moti Masjid and Hayat-Baksh Bagh lies to the north of this mosque.

The Red Fort : At Present

This largest monument of Delhi is one of its most popular tourist attractions. The P.M of India hoists the national flag and delivers his speech to the public at the Red Fort every year on Independence Day. In the evenings, sound and light shows are organized describing the history of Red Fort and Mughal Empire

The Fort is located amidst the busy city at Netaji Subhash Marg, Chandni Chowk in the capital city Delhi. 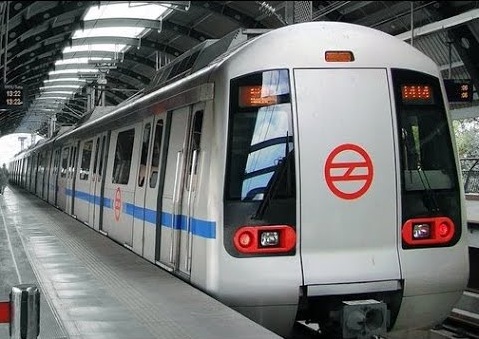 The nearest metro station is at Chandni Chowk. The place can be reached via metro transit system. The Old Delhi Railway Station is the closest railway station from the fort located just 1km away. The place is well connected by buses also as it is close to the Inter State Bus Terminal. As for the foreign tourists, the Indira Gandhi International Airport is located at a distance of 26km from Red Fort.

The Fort is approachable on all days except Mondays. It remains open from 9:30A.M to 4:30P.M. The light and sound show is set up in the evening (after sunset).

The best time to visit Red Fort is from October to November and February to March, when the weather is pleasant.

Rs. 10 per person for Indians

Rs. 250 per person for foreign tourists

No fee for still camera

For Light and Sound Show :-