Top 10 Places to Visit in Ahmedabad

Anirudh Singh May 19, 2016 Ahmedabad Comments Off on Top 10 Places to Visit in Ahmedabad

Ahmedabad (Amdavad) is the biggest city of Gujarat. Having a population of over 6.3 million, it is known to be the 6th largest city of India. Ahmedabad is situated on the banks of the Sabarmati River at a distance of 30 km from the capital of Gujarat, Gandhinagar. Ahmedabad has come out as a really important economic and industrial hub of India. It is known to be the largest cotton producer in India, and the stock exchange of Ahmedabad is second oldest in the country. The continuously increasing population of Ahmedabad has also resulted in a major increase in the construction and real estate industries resulting in recent development of a lot of skyscrapers.

10 Best Places to Visit in Ahmedabad

Kankaria Lake is the second largest lake in Ahmedabad situated in southern part of the city, in Maninagar locality. A lakefront has been developed around this beautiful lake with many attractions for public such as a zoo, toy train, kids city, tethered balloon ride, water rides, water park, food stalls, and entertainment facilities. In 2008, the Kankaria lakefront was revamped. Kankaria Carnival is also held here which is a week long festival which takes place in the last week of December. Many cultural, art, and social activities are organised at the Lakefront during the carnival.

Sabarmati Ashram or Gandhi Ashram is situated in the Sabarmati suburb of Ahmedabad just 4.5 km away from the town hall, adjoining the Ashram Road on the banks of Sabarmati River. Sabarmati Ashram was one of the residences of Mahatma Gandhi who lived at this place for about 12 long years along with his wife, Kasturba Gandhi.

Mahatma Gandhi led the very famous Dandi march (Salt Satyagraha) from this place on 12 March 1930. Due to the significant influence of this march on the independence of India, the Indian government established the Sabarmati Ashram as a national monument.

Adalaj Stepwell is one of kind Hindu ‘water building’ in the village of Adalaj located quite close to Ahmedabad town in Gandhinagar district in Gujarat. The stepwell was constructed in 1499 by Mohammed Begda for Queen Rani Roopba, wife of Veer Singh who was the Vaghela chieftain. The step well or ‘Vav'(in Gujarati) is carved intricately and is about five stories deep. One upon a time, these step wells were integral to the semi-arid regions of the Gujarat State, as they provided water for drinking, washing and bathing. These wells were also known to be the venues for colourful festivals and sacred rituals.

The Sidi Saiyyed Mosque is one of the most popular mosques of Ahmedabad. As written by the marble tablet fixed on the wall of the mosque, it was constructed by Sidi Saeed or Sidi Saiyyed who was an Abyssinian in the retinue of Bilal Jhajar Khan, general in the army of the last Sultan Shams-ud-Din Muzaffar Shah III of the Gujarat Sultanate.

This amazing mosque was constructed in the final year of the existence of Sultanate of Gujarat. The mosque is quite popular for beautifully carved ten stone latticework windows (called ‘jalis’) on the side and back arches. The rear wall is completely filled with square stone pierced panels in which are geometrical in design. This intricately carved lattice stone window is known as the Sidi Saiyyed Jali, which is also the unofficial symbol of city of Ahmedabad and known to be the inspiration for the design of the logo of the Indian Institute of Management, Ahmedabad.

Teen Darwaza is actually an architectural marvel and the beauty of this monument is surely going to leave you amazed. Consisting of beautiful arched gates, Teen Darwaza is one of the longest and oldest gateways of the Ahmedabad city. Established in the year 141 A.D. by Sultan Ahmed Shah ( the founder of Ahmedabad City).

Built just besides the famous Bhadra fort, Teen Darwaza has been intricately carved. Initially, it served as an entrance to the popular Royal Square at Bhadra Fort. The Mughal emperor Jahangir used to come here along with his beloved wife Noorjahan, to have a look at the procession that started from this grand gateway and went without any stop till Jama Masjid. The walls and pillars of Teen Darwaza are designed beautifully.

The centre point of the complex is the Akshardham Mandir, which is 108 feet high, 131 feet wide and 240 feet long . It features 97 carved pillars, 17 domes, 8 balconies, 220 stone beams and 264 sculpted figures. As per the principles of Vedic architecture, no steel or iron has been used anywhere in the temple. The 20 foot-long stone beams, all of them weighing 5 tons are been used all over the temple as load-bearing support. The central chamber of the temple has a seven-foot-tall, gold-leafed murti of Swaminarayan. The murti’s weight it 1.2 tons and it rests upon a three-foot pedestal.

Jama Masjid (Friday Mosque), also called Jami or Jumma Mosque, is the most amazing mosque of Ahmedabad. It was constructed in 1424 during the reign of Ahmed Shah I. Located in the old walled city, Jama Masjid is situated just outside Bhadra Fort area, along the south side of the road from Teen Darwaza to Manek Chowk. The Jama Masjid of Ahmedabad was probably the biggest mosque in the India built in this period. Designed as part of a major plan as desired by the Emperor Sultan Ahmed Shah, the mosque is located to the south of the processional axis that stretches from the Maidan-i Shah at the door with three arches, Teen Darwaza.

Sardar Patel Gujarat Stadium is one of the most popular and beautifully designed cricket stadiums of India in the Motera area of Ahmedabad. Due of its location, the stadium is more commonly known as ‘Motera Stadium’ in order to avoid confusion with another stadium by the same name in Navrangpura locality of Ahmedabad. Sardar Patel stadium is completely owned by Gujarat Cricket Association and comes under the aegis of the West Zone. It is the biggest cricket stadium in Gujarat with a capacity of 54,000 spectators. It is well equipped with floodlights for day-and-night matches and is a regular venue for Test cricket and One Day Internationals (ODI) matches.

The stadium is now being revamped to be the largest cricket stadium in the world with a total seating capacity of 100,000 spectators. The revamped stadium is planned to be more like the Melbourne Cricket Ground in Australia.

The Lalbhai Dalpathbhai Institute of Indology in Ahmedabad was built in 1956, to preserve a repository of rare art, manuscripts and archaelogical objects of India. In the year 1984, a museum named Lalbhai Dalpatbhai Museum was opened to cover topics ranging from Buddhism, Jainism and its darshans (expressions), grammar, tantra and poetry, Vedas and various other branches of Indian philosophy.

The museum has a total of 76,000 hand written Jain manuscripts along with 500 illustrated versions and 45,000 printed books, making it the biggest collection of Jain scripts. It has precious old books in languages such as Sanskrit, Pali, Old Gujarati, Apabhramsa, Hindi and Rajasthani. The museum also showcases Indian sculptures, terracottas, miniature paintings, cloth paintings, painted scrolls, bronzes, woodwork, Indian coins, textiles and decorative art, paintings of Rabindranath Tagore and art of Nepal and Tibet. 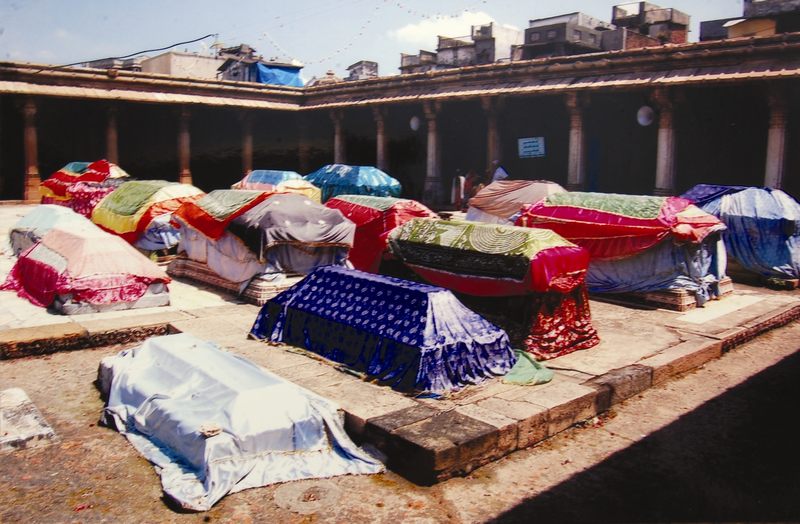 The Queen’s Tomb (Rani No Haziro) is located to the east of Badshah no Hajiro, across the street going towards to Manek Chowk. Although squatters have immensely encroached on the surroundings  of the Rani No Haziro, they add a lot of color to the area by displaying bright buntings and decorative objects. These people are also known to be the de facto caretakers and guides of the monuments. Unlike most memorials of this kind, the tomb of Rani No Haziro is in a courtyard , not a chamber. It is quite a surprise to find such a beautiful place in the center of an otherwise hustle bustle of the City. In this area you can sometimes catch hold of a few artisans building taziasin preparation for Muharram.

On the street going towards the Queen’s (Rani no) tomb (hajiro), where the female members of the royal family were buried, is now more of a colorful market for ladies goods, crowded with women’s clothing, accessories and other items.

Hope you liked our list of top 10 places to visit in Ahmedabad. Enjoy ! 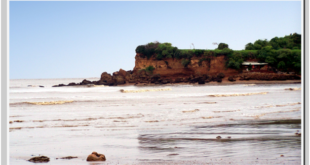 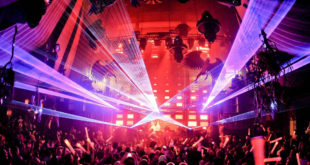 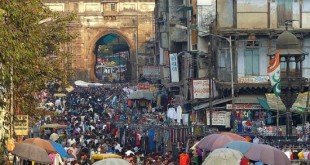 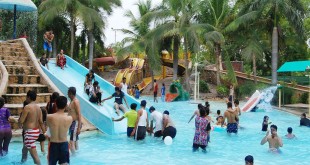