“Benaras is other than the history, older than the tradition, older even than legend and looks twice as old as all of them put together”, was the thoughtful observation of the renowned English writer Mark Twain, who was very fond of Varanasi, its culture, tradition, cuisines and people. 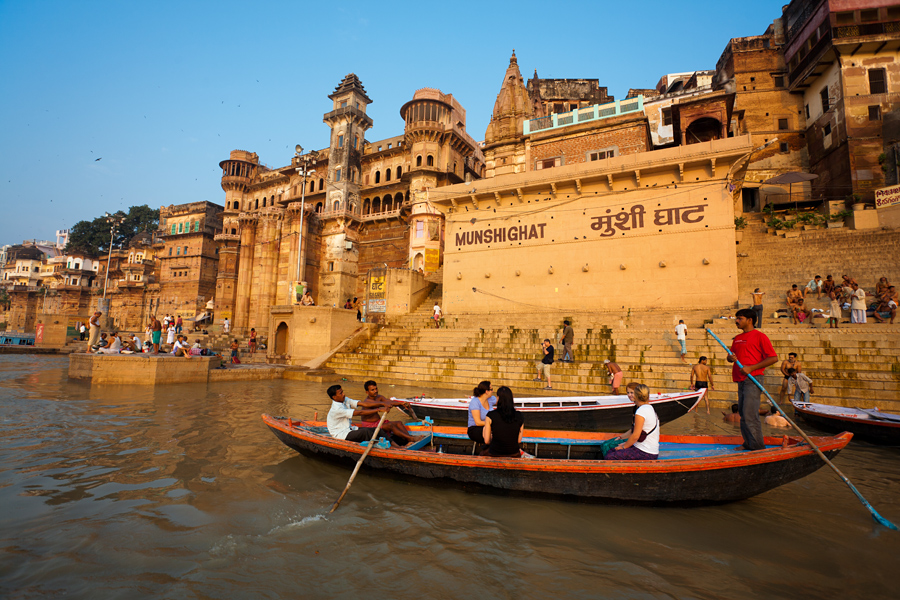 Varanasi, a city of India’s most populous State in Northern part of India had been the cultural center of the large part of the country from ancient ages, especially when Hindi and other dialects reign supreme in the history of contemporary India. Situated on the bank of river Ganga, a city of many temples, the city is known the world over for its many ghats and embankments made in steps of stone slabs along the river bank where pilgrims perform ritual ablutions.

Shri Kashi Vishwanath Temple is known as landmark riverside temple of Lord Shiva, known for its 18th century gold-plated spire and sacred wall. As per Hindu Mythology, Lord Shiva married Godess Parvati on Mahashivratri. It opens for devotees from 4.00 AM to 11.00 PM every day. People might have never seen a Jyotirling so clean. The main deity of the temple is known by the name Vishvanatha or Vishveshvara, meaning Ruler of the Universe.

The temple complex consists of a series of small shrines, located in a small lane, called the Vishwanatha Galli, near the river. The main temple is quadrangle and is surrounded by shrines of other gods.

It is estimated that the Kashi Vishwanath Temple receives about 3,000 visitors per day. On some auspicious dates, the numbers of devotees swell to one lakh or so. 15.5 meter high gold spire and gold dome is the noteworthy feature of the temple. It is believed by some that a visit to the temple and a bath in the river Ganga is one of the many methods said to lead one of the path of liberation or Moksha.

The historical Kashi Vishwnath Temple has been destroyed and re-created a number of times by many oppressers, including Mughal ruler Aurangzeb. Currently, the temple is being managed by the State Government .

The Ghats and Beyond

A city of 87 ghats, Varanasi’s these ghats or riverfront steps leading to the banks of river Ganga have equally revered place in the history. They are used for bathing and puja cermenonies, but few of them are used only for cremation purposes.

Dashaswamedhghat is the most spectacular ghat because of its proximity with the Kashi Vishwanath Temple. According to Hindu mythology Lord Brahma created with to welcome Lord Shiva. The other mythology claims that Lord Brahma sacrificed ten horses in a yagna here. Similarly Manikarna, Scindia and Harishchandra  Ghat are also associated with one or another myth. An another aspects of the identified ghats, about 80,000 bodies per year are cremated there which are brought from various parts of the country, due to their strong belief in the theory of nirvana. People still explore the unexplored areas of the Varanasi and around in the hope of finding something unique which could add to the glory of the ancient heritage city. The trail of Varanasi walks, an eco-tourism venture takes you to the southern temples and sacred ponds. The walk is designed as to acquaint you with the mystical landscape across Assi ghat which is dotted with a number of temples. The place of work of Pandit Goswami Tulsidas, translator of the Ramayana, a holy book of Hindus is still revered by the visitors.

The beautiful and enchanting evening of the Benaras Ghat is incomplete if you had not been witness to the Ganga Aarti cerlebrations. You can go for an early evening boat ride, see the rituals, being performed inside the temples and along the river and ghats or just admire the beauty of the mighty Ganga.

You can even rise in wee hours and take a boat ride. There are lot of devotees who flock to the ghats for an early hour’s rituals and performance of the puja. You will feel yourself as a part of the culture of ancient history of the river, its ghats and the glorious royal kings and their kingdom. It is a peep into the past recreated by the dedicated devotees who throng to the ghats, irrespective of the onslaught of the weather.

Watch the Video of Ganga Aarti at a Ghat in Varanasi

The city is also known for its gharanas of Indian classical music, especially in  the field of tabla, a seat of informal learning of finesses and intricacies of the form of music, which it is claimed can spellbound anyone; will transform his or her life and emit powerful positive vibrations which have healing powers. Besides, Varanasi or the old city of Benaras also claims to produce academicians, par excellence in various fields of studies, especially Sanskrit, and as varied as subjects as nano science and information technology too. 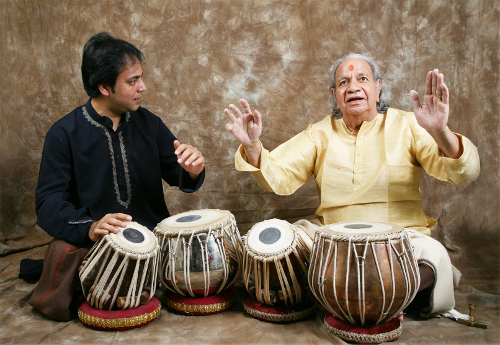 Pandit Ram Sahay was known to be the mentor of Benaras Tabla Gharana about two centuries ago. He studied the art of table from the tender age of seven only. He offered a unique style to the table playing. Today Benaras table gharana is known for its powerful position in the gharanas system.

Varanasi was and still a center of trade, the hub of textile, creativity in designing pieces in silk by master craftsmen and production of specific handicrafts. No marriage in Hindu culture is completely thought of solemnized, if the bride had not used the Benarasi saree during the marriage events!

Varanasi, of late had seen interesting and fierce political electoral battle. It returned current Prime Minister Narendra Modi to the seat of Indian parliament as an member of parliament with thumping majority, and in return Modi ji has vowed to transform the city into a contemporary wonderland. Consequently, Varanasi has figured in the list of selected 98 cities of the country, whom the Government intends to develop as smart cities. These few cities, including Varanasi will get benefit and priority from the several initiatives in the field of development.

Varanasi cuisine is worth a try, if you love to taste cuisines of different parts of the universe. The sweet and spicy food has the power to mesmerize you.  Mix of Uttar Pradesh and Bihar, the dishes made out of potatoes, curd and other stuff will sure to satisfy your tastebuds. Famous items of Varanasi are its Jalebis, Banarasi kalakand, and Rabri, which are sweets. In spicy food chat of different flavors, paani puris, kachoris, aloo tikkis and the items made of tomatoes are very famous.

Paan– the betal leaf preparations of different type with a mixture of tobacco or other stuff, which is usually taken after the full meal lunch or dinner is the speciality of Varansi only.

The city of Varanasi is like any other north Indian city, in the matter of temperature. It can be compared equal to Lucknow or New Delhi. In summers, its scorching heat here, but in winters you get chilling winds.

Distance from New Delhi to Varanasi is 805 kms. Aerial distance is 676 kms and the rail route covers the distance for reaching Varanasi 758 kms.

A number of trains from Mumbai, Kolkata, Lucknow, and other parts of the country pass through Varanasi.

Varanasi offers nice five star as well as three star and budget hotel accommodation to the tourists. There is no dearth of hotels and one can easily find online or offline, a hotel, which suits his pocket and fancy. 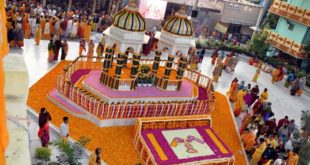 Top 10 Places to Visit in Haridwar 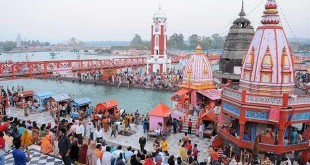 Haridwar, the land of Spirituality 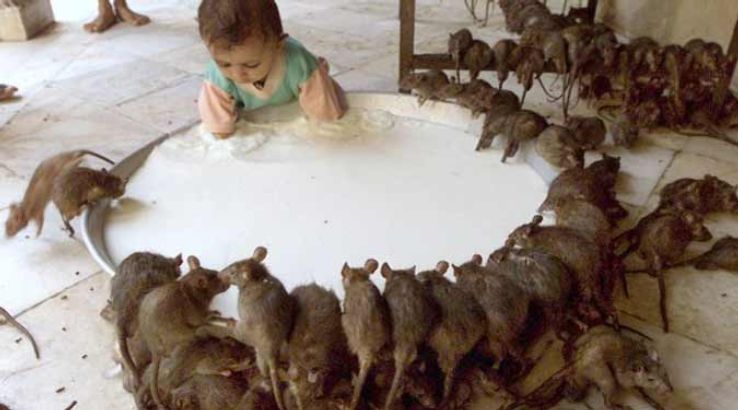 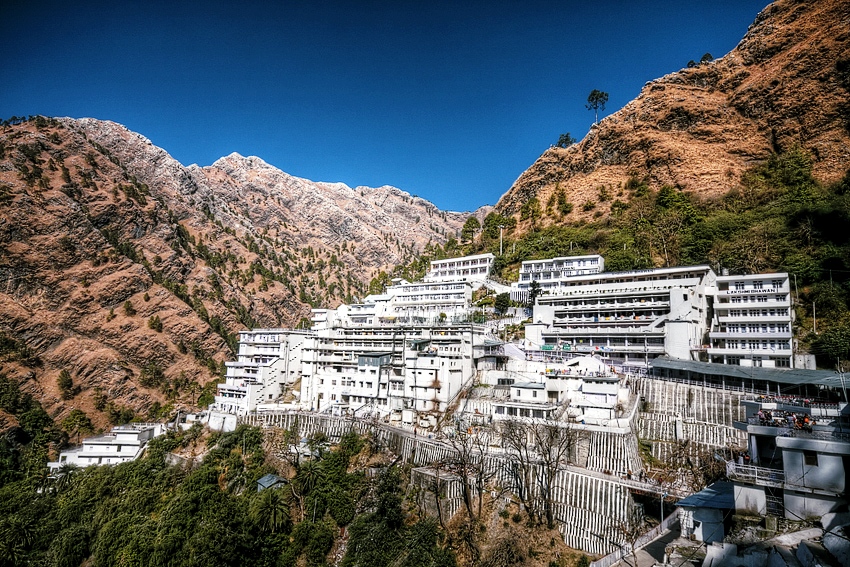 Maa Vaishno Devi Temple : A Bliss on the Top of Hill Basilica of Our Lady of Graces at Sardhana, Meerut : Dedicated to Mother Mary 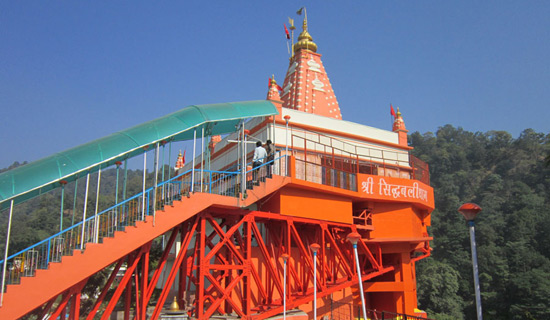