10 Best Tactical Watches on the Market for Weekend Warriors

Anirudh Singh May 2, 2019 Miscellaneous Comments Off on 10 Best Tactical Watches on the Market for Weekend Warriors

Did you know wristwatches weren’t always a fashion accessory? In fact, it wasn’t until the first World War that people decided to put watches on their wrists.

It became an important tool in military operations. It wasn’t until later that the civilians adopted the look. 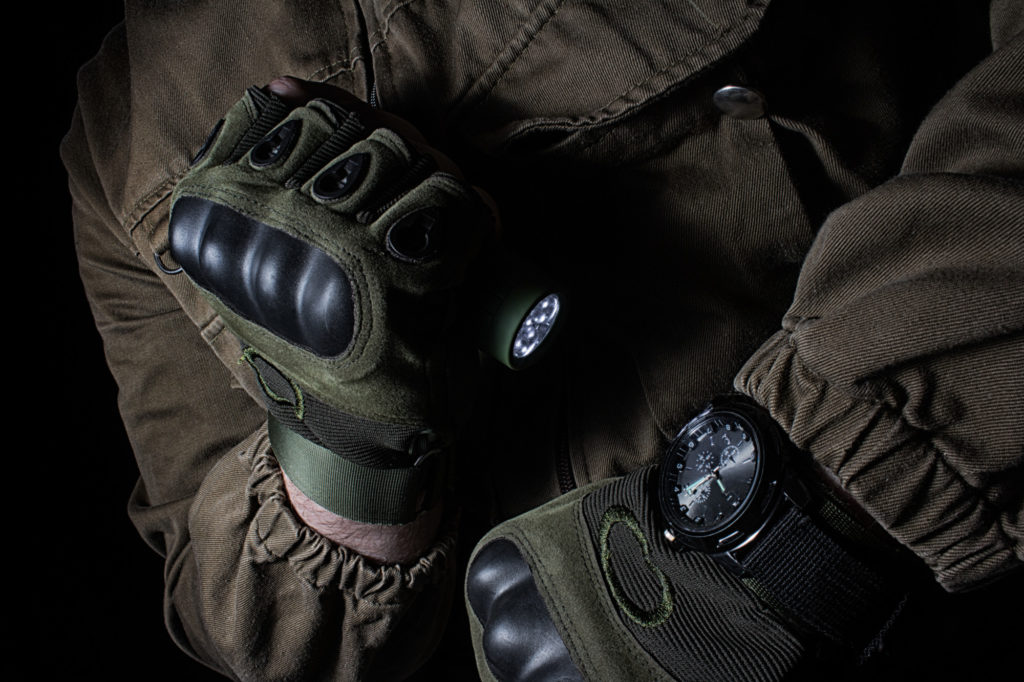 Although people today use it for styling, there are watches with military features. They’re even more advanced thanks to modern technology, but even the average Joe can now use the military functions of tactical watches https://www.globosurfer.com/best-dive-watches

Check out the best military watches below. See which one will suit your style and your adventure needs:

This timepiece borrows some looks from the vintage military watches. Inside it, though, is a modern tech with analog-quartz movement and a chronograph measuring up to 30 minutes.

It has a water resistance of up to 100m, which makes it good for swimming and snorkeling. However, this may not be the watch to take when diving.

What makes this watch surprising is the price. For all its offerings, including the quality and the looks, it comes with a rather modest price tag.

This military watch is rather unassuming with its looks, especially when compared with the other feature-packed watches in this list. Its advantage, though, is that it allows you to pair it with casual and active outfits, as well. This means you get to wear watches that look identical to the actual ones worn by the American soldiers in the Vietnam War.

The difference would be its metal construction, which drifted away from Vietnam Plastic. This makes for a more durable timepiece, improving its overall quality and feel.

If it looks bulky, that’s because it comes with all sorts of features. It has a digital compass, a barometer, an altimeter, thermometer, and such.

You can set up to 4 one-time alarms and 1 snooze alarm. It has atomic timekeeping, allowing it to display the precise time.

If you want to be able to see when the sunrise/sunset times, you can input your longitude and latitude. It also has shock resistance and water resistance of up to 200m.

The Garmin Tactix Bravo’s main advantage is its sensitive GPS/GLONASS positioning and everything you need to navigate and go on an adventure. It even has a barometer, altimeter, and compass.

It’s water-resistant up to 100m, but one thing that makes it a stand-out is its Smart Notifications. It can display notifications for your emails, texts, and alerts from your smartphone.

Its looks are not hurting it either as its stark all-black design with white hands and markers make for a sleek and modern look. The strap is interchangeable, though, for if you want a little color on your wrist.

Accurate weather and sun tracking are the pride of the Suunto Core, which also shows a weather trend graph. It’s what you need for planning your activities and routes on your journey. The storm alarm alerts you of incoming storms by keeping track of any drops in air pressure.

It also has a barometer, an altimeter, and a compass. Another good thing about it is that it comes in different design variations.

This Luminox timepiece’s standout feature is the huge and bold numbers. Although it looks unusual and quite annoying to some, it has a benefit of allowing you to tell the time at a glance.

It’s lightweight but more important than that is that it comes encased with CARBONOX material. It’s quite durable; you can make sure it will last you for years to come, which makes its expensive price worth it.

This one can seem a little overwhelming due to its buttons and loads of settings. However, with a little getting used to, it can become an irreplaceable tool in your daily life.

It has a full auto calendar, a digital compass, an altimeter, a barometer, weather tracking features, EL backlight, low-temperature resistance, water resistant up to 100m, 5 daily alarms, and so on. It has a quartz movement with a digital display in a mineral dial window.

This is yet another military watch with a classic style, which means you can also wear it every day. Its looks and functions are simple enough, but it can still do you well.

It allows you to tell the time at night thanks to its luminescent hour markers. Aside from that, though, it won’t help with your extreme outdoor activities. Still, its water resistance of up to 50m can be pretty handy.

This Bell and Ross military watch also goes back to its roots in looks, but it’s more sophisticated and elegant. Its design pays homage to the pilots’ wristwatches during WW1 in 1920.

As reflected by its extravagant price, it’s lightweight yet sturdy and durable. It will last a long time as the distressed suede strap is only going to develop a seasoned look over time.

However, it has quite useful features under its humble design. Its timekeeping mechanics are one of the most reliable and robust engines. It comes from a reliable company, as well, as Vostok was the official supplier for the Ministry of Defence of the Soviet Union.

Choose the Best Tactical Watches for You

These tactical watches provide different benefits. This should make it easy for you to choose which one you need for your activities.

But why stop here? We’ve got more for you to discover. Check out our other posts and guides, like this one detailing where to go out and explore in India.