Cubbon Park : A Beautiful Park in the Heart of Bangalore

Anirudh Singh April 20, 2016 Bangalore Comments Off on Cubbon Park : A Beautiful Park in the Heart of Bangalore

The Cubbon Park is situated within the heart of the Bangalore city in the Central Administrative area is named after Sir Mark Cubbon who laid the park. This park of Bangalore spreads an area acres and is quite frequented by both walkers as well as joggers. The park houses buildings that are aesthetically designed magnificent statutes of famous personalities and rich flora and fauna. The park is so popular that Bangalore is named Garden City after the park.

Cubbon Park was created in 1870 by the then British Chief Engineer of Mysore states.Major General Richard Sankey. The park originally covered the area of 100 acres which was later extended to 300 acres.

There are numerous botanical species of both native and exotic types . There fore this place attracts a lot of nature lovers, students and researchers. 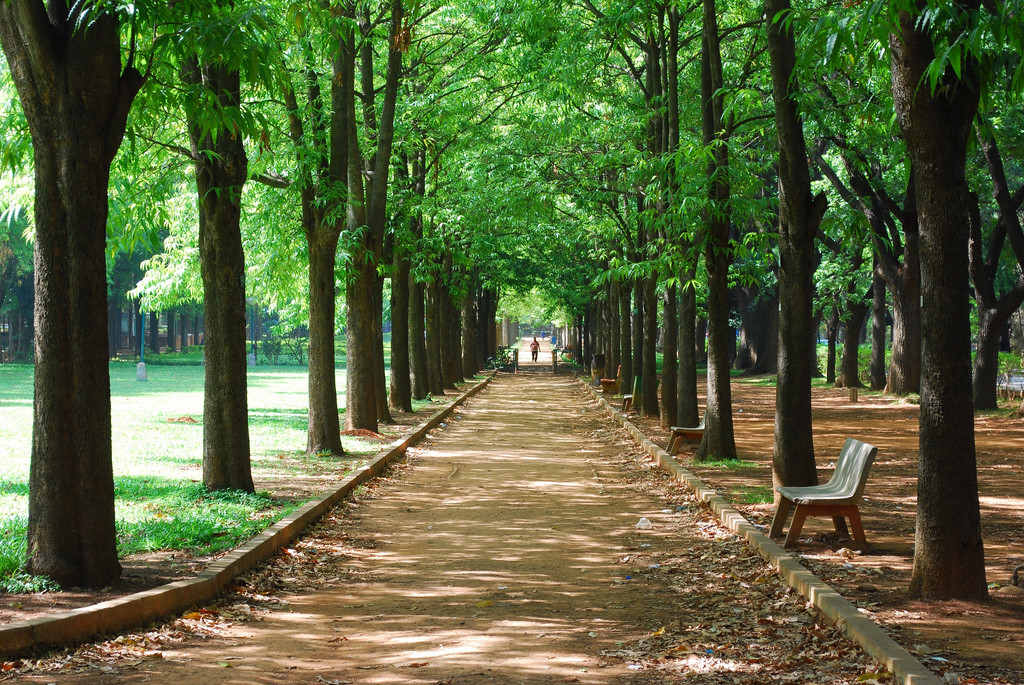 There is also an amusement park for the kids known as Jawahar Bal Bhawan where children can enjoy their Puttani Empress ride along with other games and  exciting activities.

For those who are looking for  some moments of peace and solitude in Bangalore, Cubbon  Park  is the  right option.

In the evening, when the fairy fountains are lit, the park attains such a magnificence which makes it cook incredible.

The park is open to the public at all times but the roads around the park are closed from 5:00A.M to 8:00A.M every day to provide more safety and  fresh environment for morning walkers and exercisers.

Cubbon park is  situated near Gandhi Nagar in the Centre Administrative Area of Bangalore, Karnataka. It is quite accessible from Hudson Circle MG road and  Ambedkar Veedhi.

Bangalore is well connected with other metro cities of  India through rail and air. It is easily accessible from all parts of the country. All locations of the park are accessible through walking paths.

There is no entry fee required to visit the park.