An Oasis in the Desert

Mount Abu is perhaps the only hill station in the State of Rajasthan which is known more for its desert. Situated in the Sirohi district of the State, it is a part of the Aravalli range.

Arbudaanchal, as it was known earlier is now famous as Mount Abu.  It is said that Guru Vashistha retired at Mount Abu following his differences with sage Vishwamitra. Another mythology believes that a serpent named “Arbuda” saved the life of Nandi – Lord Shiva’s bull. The incident happened on the mountain which is currently known as Mount Abu. Thus there are many temples and hermitages found there. Situated at an elevation of 1220m, Mount Abu is the only hill station of Rajasthan. Due to its pleasant weather it has been the popular retreat of the people of Rajasthan, Gujarat and other parts of the country.

Though it has an ancient history, Mount Abu is currently known more for being the headquarter of Brahma Kumaris Ashram. A short walk takes you away from the activity of tourist place into the tranquil seclusion of this sacred destination whose atmosphere emanates a sense of enchantment; and to the worldwide spiritual headquarters of the Brahma Kumaris from whence the knowledge of the king of all yogas, Raja Yoga, is disseminated, as they claim. The spiritual headquarters complex consists of three campuses – Madhuban and Gyan Sarovar – as well as a recreational park and the Global Hospital & Research Centre. The third center is situated at Abu Road, which is known as Shantivan. 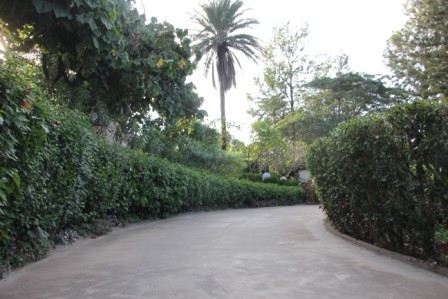 The town of Mount Abu has become a center of bustling market. The rustic look and the trendy shops—both co-exist and lure tourists for their handmade wares, dresses and the eatables. Roadside dhabas have also come up as the lime juice and bhutta wallas. You can see real Rajasthan here with people donning their traditional colourful turban and the women with colorful dresses and the distinct jewellery.

Dilwara temples are the examples of remarkable Jain architecture and are known for country’s finest decorated temples. Made of marble, these two temples are center of attraction for tourists and those who believes in the Jainism. Vimal Vashai is the elder temple, dates back to as early as year 1031. It is dedicated to the first tirthankar of Jains, Adinath. 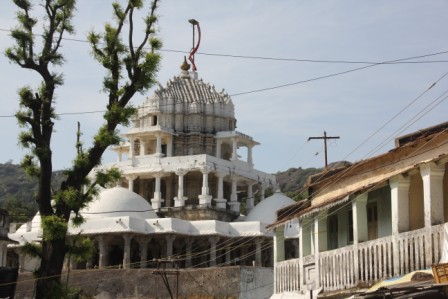 It is said that 1500 masions and 1200 laborers built it in 14 years. The other one, the Luna Vashi temple is dedicated to the Neminath, the 22nd tirthankar and was built about two centuries later in about 15 years. The temple complex is in the city boundary only and you can easily walk your way to it since it is very near to parking place.

To enter into the temples, one must not wear any leather product. Cameras and mobile phones are also prohibited there.

According to Hindu mythology, Nakki lake in Mount Abu is a very sacred ancient lake. The legend is that the lake was dug by the nails of the people, and hence the name. Other myth is that it was dug by Gods themselves to live in. The lake is about half mile in length and about a quarter in widths. There is the Toad Rock on a hill near the lake. Toad rock is so called as it looks like a toad about to jump into the lake, from the side of the rock facing the lake. There are two ways to go up and down the rock; to climb the rocky hill side or to use the steps leading down to Nakki Lake. By the side of the lake there is a path leading to Sunset Point.

It is forbidden to climb to Sunset Point due to dangerous bandits living around the path to Sunset Point. Raghunath Temple and Maharaja Jaipur Palace are also on hills near the Lake. Boating in the lake and horse rides around the lake is available.

Gyan Sarovar is a 25 acre campus of Brahma Kumaris, situated at Mount Abu. It is officially known as academy of the better world. Gyan Sarovar is an environment which enables individuals to dip into the ‘Lake of Knowledge’ and emerge highly transformed. 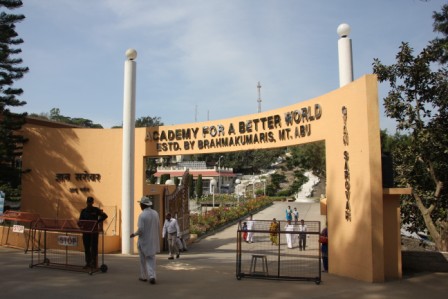 Founded by the Brahma Kumaris in 1996, the Gyan Sarovar Academy for a Better World was inaugurated as part of the celebration of the University’s 60th anniversary. The Academy is an international campus – a place where men, women and children can reach their unique human potential and cultivate the values of our common humanity.

Madhuban is a place where thousands of devotees from nearly 100 countries gather to deepen their meditation practice. Madhuban’s atmosphere of spirituality inspires profound experiences. 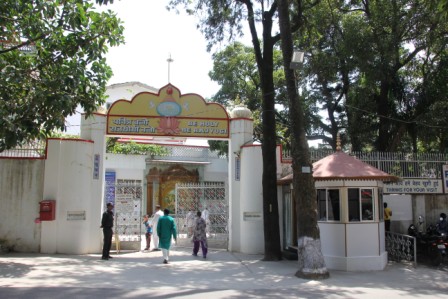 Within no time, the Madhuban campus has evolved into an homely, complex of dormitories, residential units, meditation venues and buildings that house dining facilities, administrative offices, a literature shop, a telephone exchange and a dispensary. The Universal Peace Hall, a 3,000 seat auditorium, has regularly hosted international conferences since 1983. Dining facilities can cater meals for up to 4,000.

Just as the cool heights of Mt. Abu beckoned the Rajasthani kings to retreat from their daily routine; professionals from all corners of the world are attracted to the spiritual power of ’Madhuban‘. Above and beyond the hustle and bustle, the wondrous beauty of ‘Madhuban’ spirits them away to another world.

Western Rajasthan is one of the least privileged areas of India. Much of it is desert, water is in short supply and the illiteracy is rampant. The majority of the population has long been deprived of basic health measures. This situation began to change in 1990 with the establishment of the J. Watumull Memorial Global Hospital and Research Centre, a Brahma Kumaris initiative. 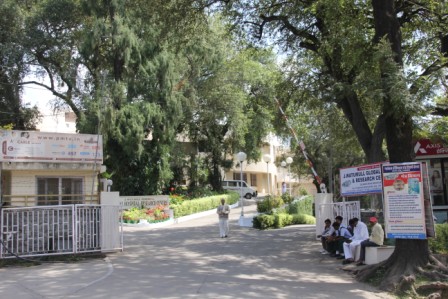 Designed to provide high quality, modern, holistic healthcare services in a tranquil, rural environment, the hospital offers free or subsidised treatment and medicine to 100,000 people, of whom 54,000 are tribal residents inhabiting 855 primitive villages. The hospital is managed and run by a charitable trust established and supported by members of the Brahma Kumaris. 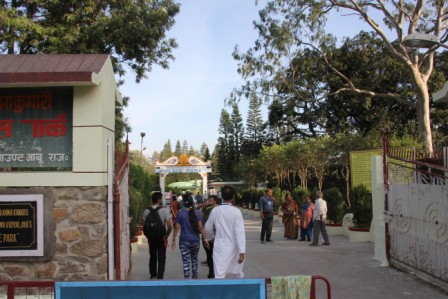 The Brahma Kumaris Peace Park is both lovely and serene, a natural environment where silence and recreation co–exist. The park offers a perfect recreational environment, with level playing fields, picnic areas, swings, and nature walks. Nestled between two famous peaks of the Aravali hills–the well known spiritual pilgrimage destinations of Guru Shikhar and Achal Garh—Peace Park is an oasis of natural beauty only 8 kms from the Madhuban campus.

Hoped you liked to Read about the only Hill Station in the state of Rajasthan, Mount Abu. If you have any queries, you can leave your comments below.