Jim Corbett National Park is India’s oldest and most prestigious national park. It is, basically, a tiger reserve which works under an initiative ‘Project Tiger’ to protect the endangered species of Bengal tigers. The park was established in the year 1936 as Hailey National Park, but then, it was given its current name after a famous hunter-turned-conservationist, Edward James Corbett (Jim Corbett). The park, covering an area of 520 square kilometers, lies in the district of Nainital, Ramnagar, Uttarakhand.

The area of this wildlife reserve is so large that it covers different terrains like hills, marshy depressions, riverine belts, grasslands and a large lake. These land terrains could be enjoyed perfectly by a safari tour throughout the different zones of the park. The park offers three ways for safari tours across its area, that are, Open Jeep Safari, Elephant Safari and Canter Safari.

According to the tourism activities, the park is divided into five ecotourism zones – Dhikala zone, Bijrani zone, Jhirna zone, Dhela zone and Durga Devi zone. Each zone has its individual topology, flora and fauna. These zones can be reached by crossing their respective entrance gates.

For safari rides in the tourism zones of Corbett, special permits are required which are provided by India’s forest department. You can make pre-bookings of your safari ride 30 days prior to your visit, if you are an Indian visitor. People belonging to foreign nationalities can make their bookings 90 days prior to their visit. You must carry your photo id if you are a foreigner. 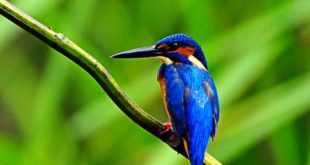