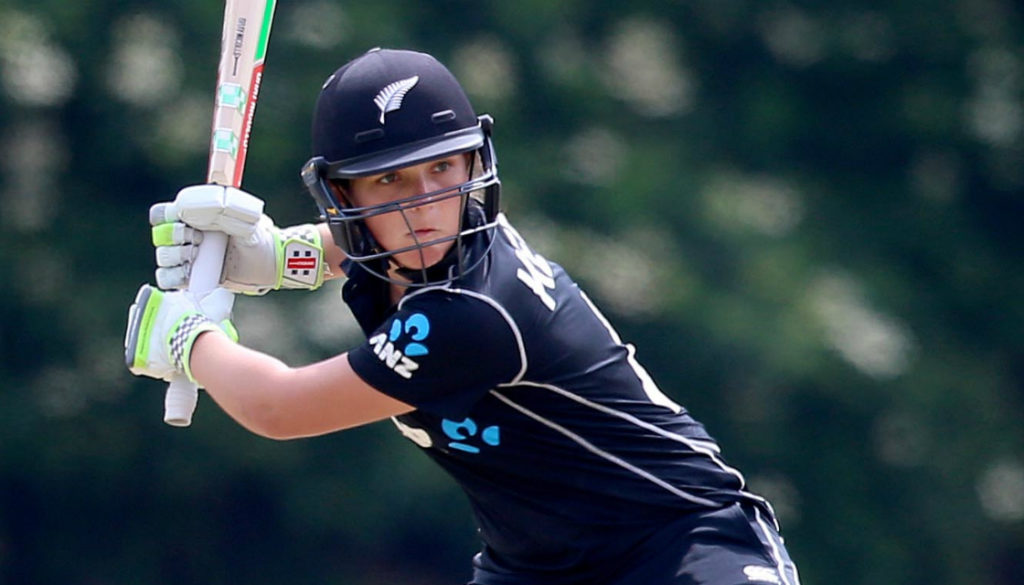 Amelia Kerr, a woman cricket player from New Zealand created history on Wednesday when she blasted a record-breaking unbeaten 232 against Ireland. Thus, she has become the second woman to score an ODI double century at Dublin.

Kerr scored 232 off 145 balls which is the highest personal score in women’s ODI till now. She has broken the two decades old record. It was held by Belinda Clarke of Australia. Clarke was known to be the first woman cricketer to record a 200 plus in ODIs when she got credit for 229 against Denmark in Mumbai in 1997.

Kerr reached her 200 plus off 134 balls with a four in the 46th over. She was playing at 217 when the final over of New Zealand’s innings began. She struck two boundaries off the fourth and fifth delivery and a six off the final to make a record on her name.

New Zealand women player went past the 400-run mark and finished on 440/3, for the third time. She had a record in second-wicket partnership with her co-player who managed to score her first ODI hundred before being out on 113 from 105 balls with 10 fours.

It is noteworthy that Kerr carried her bat through and her innings was marked with 31 fours and two sixes. She is just 17 and a half-year-old, and thus is also eligible to be included in the youngest double-centurion in international cricket, both men and women teams included.

Born on 13 October 2000, the new sensation of ODI, Amelia Kerr had appeared first in international cricket while playing for New Zealand against Pakistan on November 09, 2016.

Her recent double century was also recorded as the third-highest individual score, male or female, in an ODI. In the same match, while bowling she managed to get 5/17, which is her first five-wicket haul in ODIs.