Kanu Priya June 8, 2018 Sports Comments Off on Arjun Tendulkar made it to Under-19 squad for Sri Lanka Tour 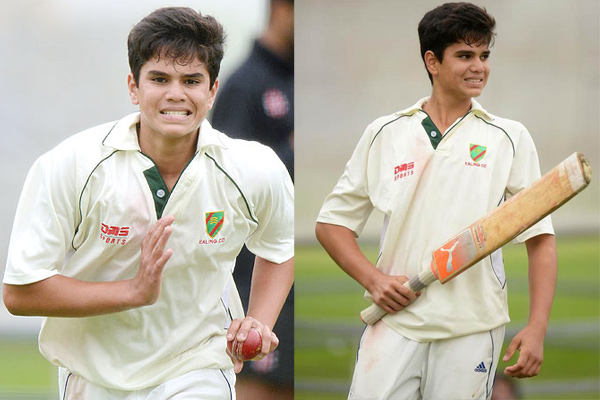 Legendary cricketer Sachin Tendulkar’s son Arjun on Thursday was named for India’s under-19 squad for the upcoming series, to be played in Sri Lanka.

The team is scheduled to play in the adjoining country in the month of July for a number of series of four-day and ODI matches. The rider is that, Arjun has been selected for the two four-day matches. He has not found suitable for the five-match ODI squad.

The cricketer has been made a part of a group of under-19 cricketers. These were trained in a camp in Dharamsala, in April 2018 only. It is declared that Anuj Rawat of Delhi will captain the Indian side in the four-day series. Uttar Pradesh’s Aryan Juyal will be the captain of the ODI team.

People compare Arjun to his father most of the time, but his 18-year-old son has pointed out time and again that he wants to build his career independently and not rely on his father’s name. The young Tendulkar had been the point of attraction with a 24-ball 48 and four wickets in a match against Hong Kong Cricket Club in January this year.

Last year too, Under-19 Cooch Behar Trophy, Arjun was credited for two five-wicket, and a four-wicket haul. People say U-19 cricket is a launchpad for prospective Indian cricketers. Virat Kohli, who had been the winner of the U-19 World Cup in the year 2008, is heading India’s skipper role across all three formats.

The top performers of the preceding U-19 World Cup-winning Indian side were awarded with lucrative contracts by Indian Premier League sides. They include Prithvi Shaw, Shubman Gill and Shivam Mavi among others. They were known to be the part of the 2018 edition of thematches.

Sachin Tendulkar as a father, and as a cricketer looks happy regarding his son’s inclusion in the team and termed it as a big step forward.

He expressed his happiness on Arjun being selected in Indian under 19 team. He says, “It is an important milestone in his cricketing life. Anjali and I will always support Arjun in his choices and pray for his success,” while talking to press persons.