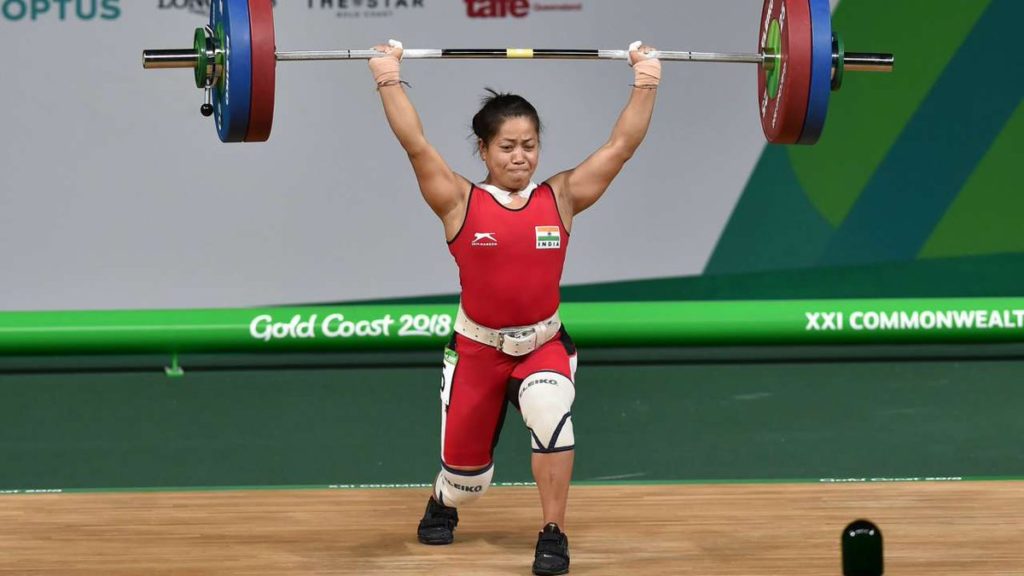 The pride of India in 2018 Commonwealth Games, the weightlifter Sanjita Chanu, who bagged gold at the Games in Gold Coast, has been suspended for an anti-doping violation. She was found tested positive for Testosterone on a doping test.

It is said that she is well within her right to challenge the dope report reports before an anti-doping committee. Even then, if it is found to be confirmed, she would be stripped of her gold medal. That way, India’s tally would be reduced to 25 gold medals in these Gold Coast Games.

But this event was comparatively looked at as tougher because unlike the 48 kg category in Glasgow, she was there in the 53 kg category, where she proved her mettle too.

The 2 January 1994 born girl from Manipur managed 84 kgs in a snatch and then went on to record 108 kg, it was reported. Chanu’s third snatch lift in the category of 84 kg is also a Commonwealth Games record. She started with 81 kg regime, followed it up with an 83 kg event later, before her performance in the 84 kg category in the final attempt.
In sports events, doping is treated as the clandestine use of some drugs by competitors, which are otherwise banned, since they induce their performance artificially. Any type of use of drugs to improve the performance is considered as unethical and unfair means too. Almost every international sports organizations, including the International Olympic Committee, are very tough on this.

The genesis of doping in sports dates back to the beginning of sports events itself. Usage of substances in the mode of racing to more cases in baseball and cycling have always been noticed over the years.

Anti-doping authorities say that using drugs which artificially improve the performances of a sportsperson, goes against the very spirit of sport and thus cannot be tolerated.