Home / Telecom / Which is the fastest 3G Internet Network In India ?

Which is the fastest 3G Internet Network In India ?

Anirudh Singh December 5, 2015 Telecom Comments Off on Which is the fastest 3G Internet Network In India ?

I have tested various mobile internet providers in India in 3 northern states namely Delhi, UP & Rajasthan. I would like to share the results with you which will help you choose the best and fastest Mobile internet in India. This article mentions the results of 3G internet speeds and my point of view on their internet service. Before starting with the report one thing i would like to tell you i have 2 important must read guide for you on how to check the battery health in android and how to check radiation level in Smartphone which can be really helpful for you. Let me now start with the report !

I have tested 3G Internet with the following companies :

I tested this Companies in Huawei 7.2 MBPS Wi-Fi Datacard. And tested with SpeedTest.net

Which is the fastest 3G Internet Provider In India?

Let us see which company offers the best 3G internet connection in India. Most of the companies offer same speed and network stability however there is a lot of competition in the speed they provide us. So let us check in detail that which company provides the best service.

As a true fact, the Fastest 3G Internet In India is provided by Airtel. The 3G service of Airtel is amazing, download speed is around 3.2 MBPS and upload speed is 2 MBPS. Do you want to know how to transfer internet data in airtel ? Check it out before moving further.

Idea Cellular occupies the second place in the list of companies known to be the fastest 3G internet provider in India. I have noticed that in UP and Rajasthan, sometimes Idea uses Airtel’s 3G network so the results are almost similar to those obtained by Airtel. Your mobile phone sometimes shows that you are roaming on Airtel but no extra charges are charged for it. Download speed is around 3.2 MBPS and upload is 2 MBPS. Do you want to know how to share internet data in Idea ? Check it out before moving further.

Vodafone is also an awesome telecom company considering their 3G internet connections stability and speed. Download speed is 3 MBPS and upload speed is 1.8 MBPS. Do you want to know USSD for Vodafone Internet Plans ? Check it out before moving further.

Tata Docomo also offers really good 3G connection at affordable price but their network lags behind other companies in terms of stability. Whenever you will are on a video call or you are downloading huge files i.e., when we put excess load on their network the connection disconnects automatically. Download speed is 3 MBPS and upload is 1.8 MBPS. Do you want to know your own number in tata docomo ? Check it out before moving further.

Finally the state government owned cellular company BSNL which is undoubtedly ranked at number one for 2G speeds and at number 5 for 3G speeds. Even BSNL provides good 3G service, as you start browsing the net you will get huge speeds but after a few minutes the connection the network speed comes down to 150 KBPS and does not go up again until you reset your connection. BSNL offers a download speed of 1.5 MBPS and upload speed of 800 KBPS. How to Link Aadhaar Card with Mobile Number ? 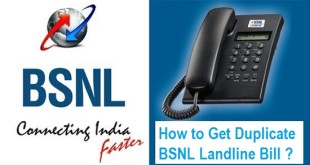 How to Get BSNL Landline Duplicate Bill ? How to Pay Tikona Broadband Bill ? How to Activate 4G in Vodafone Prepaid & Postpaid ?