While the petrol prices have been rising day by day, diesel cars are on a boom. A very important factor before a customer buys a car is its a mileage. Diesel Cars are said to offer a lot better mileage than petrol variants. Thus, they are a lot more fuel efficient. Car Manufacturers are constantly striving to offer better fuel efficiency in each of its launch. While some already popular fuel efficient diesel cars in India are there in the market, we have listed some new cars as well.

Starting from the least fuel efficient, here’s our list of Fuel Efficient Diesel Cars In India with Images. At the time of Launch Beat diesel was the most fuel efficient diesel car in India but has now been moved to 10th position in the list of best diesel mileage cars in India. It comes along with by a 1.0 L Diesel engine which is good for 57 BHP and 150 Nm. Even though the Beat is a bit old now, it still looks very appealing and offers good performance, especially when compared to the Maruti Celerio. 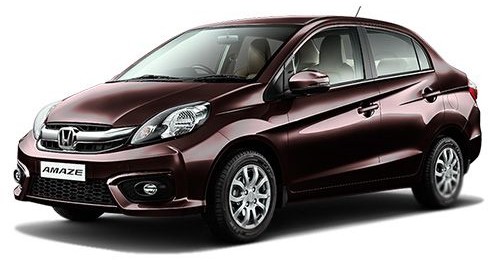 Till the facelifted Maruti Swift Dzire was launched, the Honda Amaze was better known as the fuel efficiency king of the diesel compact sedans. It still delivers an impressive mileage of 25.8 kmpl ensuring the Amaze is easy on your pockets and cheap to drive. However, it has some small issues with customers complaining about the diesel motor as a bit rough telling about the noise filtering through to the cabin. The Amaze still manages to be an extremely capable car and continues to keep up the sales in high numbers.

Ford Figo twins are both one of the best in their segments. Diesel variants comes with a brilliant 1.5 L TDCi mill that delivers 99 BHP and 215 Nm with excellent performance and great mileage. The hatchback and sedan versions of For Figo claims of an ARAI rated mileage of 25.83 kmpl. There are a lot of reasons for the popularity of Honda City, one of the main reason is its healthy mileage. However, it still miss out on entering the top 5 fuel efficient diesel cars in India list by a small margin. The Maruti Ciaz bettered the Honda City’s mileage figures, by quite a margin but still this car remains at the top of its sales. Also, due to the brand image the Honda City has built over the years has made it pick of the segment amongst the Indian car buyers. The Honda City dominates as ever and it seems unlikely to end.

Must Read Article on Diesel Cars : The Maruti Swift Dzire now comes with better fuel efficiency of 26.59 kmpl up from prior version’s 23.4 kmpl. A few changes to the ECU enabled Maruti to make the Dzire more economical than its main competitor, Honda Amaze. The car best known as the highest selling compact sedan in India, and it is said to continue the same due the improved mileage. Maruti Dzire Diesel also comes with a 5-speed AMT unit, which is claimed as more fuel efficient than the Manual variants. Tata’s all new hatchback, the Tiago, with its 1.05 L diesel engine delivers a mileage of 27.28 kmpl. Launched at a starting price of just INR 3.2 lakhs, the Tiago is a direct rival of the Celerio, Beat, Brio, etc. Though Maruti Celerio Diesel is a bit more fuel efficient, but it also has a smaller 800 cc engine which is less powerful than the Tiago’s 1.05 L mill which delivers 69 bhp power and 140 Nm torque. Tata is expecting big from the Tiago as this hatchback can help Tata regain some of the market share they have lost in past years and being one of the fuel efficient diesel cars in India, it should surely help.

Honda Jazz has been relaunched in India with a cheaper price and a diesel engine variant as well. This diesel mill, shared with the Amaze, Mobilio and City, delivers an ARAI certified mileage of 27.3 kmpl. This makes Honda Jazz the 4th most fuel efficient diesel car in India, just after the Maruti Ciaz, Maruti Celerio & Maruti Baleno. The Honda Jazz is a rival car to the popular Hyundai Elite i20. Although Jazz boasts of high mileage, it still has not been able to match the popularity of Hyundai’s i20. The 1.5 litre iDTEC diesel engine powers this new model of Honda Jazz. It delivers 100PS power and 200Nm torque.

Another one of the most fuel efficient diesel cars in India is Maruti Baleno Diesel. The Baleno has the same engine as in Swift/Dzire, but delivers a higher mileage of 27.39 kmpl due to its lower kerb weight. The car is known to be among the premium hatchback segment and is sold via new Nexa sales channel. This car has been very well received by the Indian customers with having strong monthly sales and a waiting period of around 6 months. 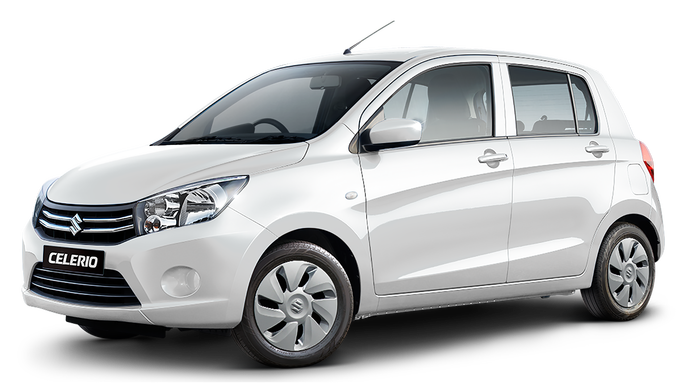 The Maruti Celerio Diesel comes with a 2 cylinder, 793cc diesel motor, indeed the smallest and one of its kind engine powering a car in India. It delivers a very healthy mileage of 27.62 kmpl, thus making it one of the best fuel efficient diesel cars in India. The engine of Celerio Diesel produces 47 bhp of power and 125 Nm torque. The company claims that 47 bhp of power is sufficient for driving in the cities and the lack of power will not be a big worry. However, in practicality the lack of power is evident once this car moves above 80 km/hr mark.

Maruti’s mid-size sedan, the Ciaz is one of the most stylish and most fuel efficient diesel car in India. Due to the utilization of mild hybrid technology Ciaz delivers an ARAI certified mileage of 28.09 kmpl. These figures are quite better than leader of this segment, Honda City. However, the Ciaz has not been been able to match overall sales of the Honda City. It is still quite a successful model for Maruti Suzuki.

This is the complete list of top 10 fuel efficient diesel cars in India. Hope this articles helps you choose the best car for yourself!