India Gate – One of the Largest War Memorials in India

India is blessed with several prestigious historic monuments amongst which India Gate is of a great patriotic value. Moreover, its location being in the capital city of India adds to its importance. It is a 42 m high stone structure which symbolizes victory. It is an important war memorial of India, built in the memory of thousands of Indian Martyrs. The structure is made of slightly pale red sandstone and granite adding a level of magnificence to it. It took approx 10 years to complete the construction work of the monument which came to an end in 1931. Though historical importance is still attached to the monument.

India Gate – The Pride of India

India Gate has also become a picnic spot for many Delhiites, because of its surroundings lawns, fountains and the view of Rashtrapati Bhawan. The president of India and all other to political leaders along with other dignitaries visit India Gate to pay their reverence. The monument is counted among the largest war memorials in India.

History at a Glance

The foundation stone of India Gate was laid by the Duke of Connaught in 1921. The monument was structured and built by Edwin Lutyens, the leading designer of war memorials at that time and the main architect of New Delhi. After 10 years of construction work, the monument got completed and inaugurated on February 12, 1931. 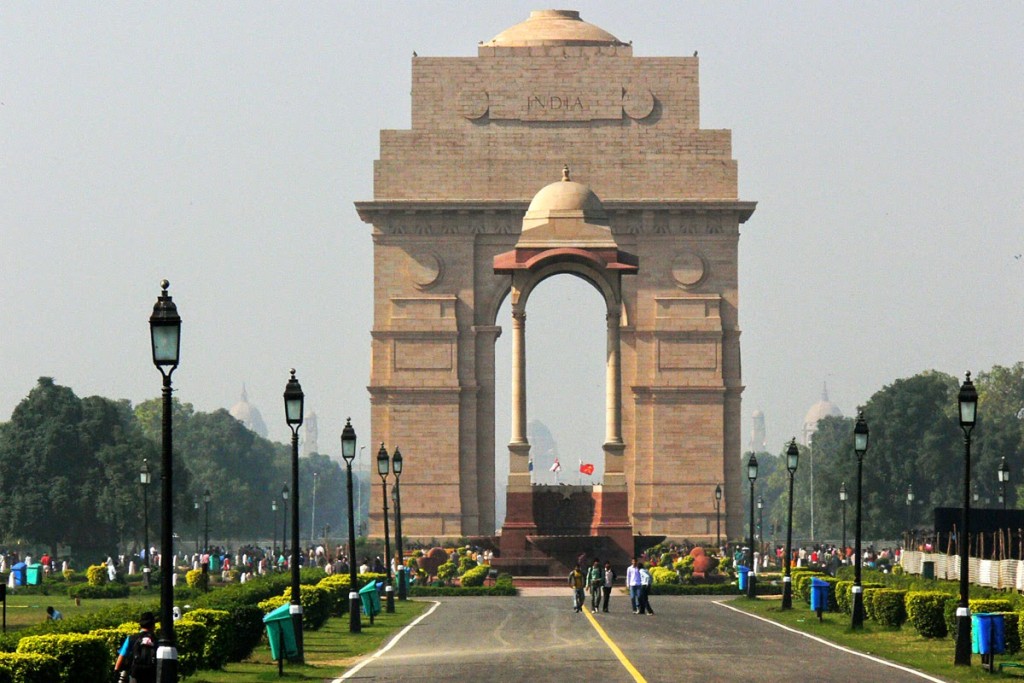 The monument was built as a memorial to commemorate the 90,000 soldiers of the British Indian Army who lost their lives in World War I and hundreds of soldiers who died during the Anglo Afghan War of 1919. Hence, initially the place was named as All India War Memorial. Amar Jawan Jyoti was introduced in 1971 and inaugurated in 1979 by Indira Gandhi (P.M of India at that time). It represents the flame of the immortal warrior that was introduced in the memory of Indian soldiers who died in the Indo-Pak War of 1971.

Design & Features of the Gate

The designing of the monument was done by Edwin Lutyens. India Gate is a tall structure that stands proudly within the heart of Delhi. It is a gate with an arched structure often compared to the Arc de Triomphe of Paris. The gateway stands on a low base of red Bharatpur stone and rises in stages to a huge moulding. The India Gate hexagon complex covers an area of around 306,000 sq.m Amar Jawan Jyoti is a shrine made of black marble with a rifle placed on its barrel. The rifle is crested by a soldier’s helmet. All this apparatus is bounded by four torches which are always kept burning. 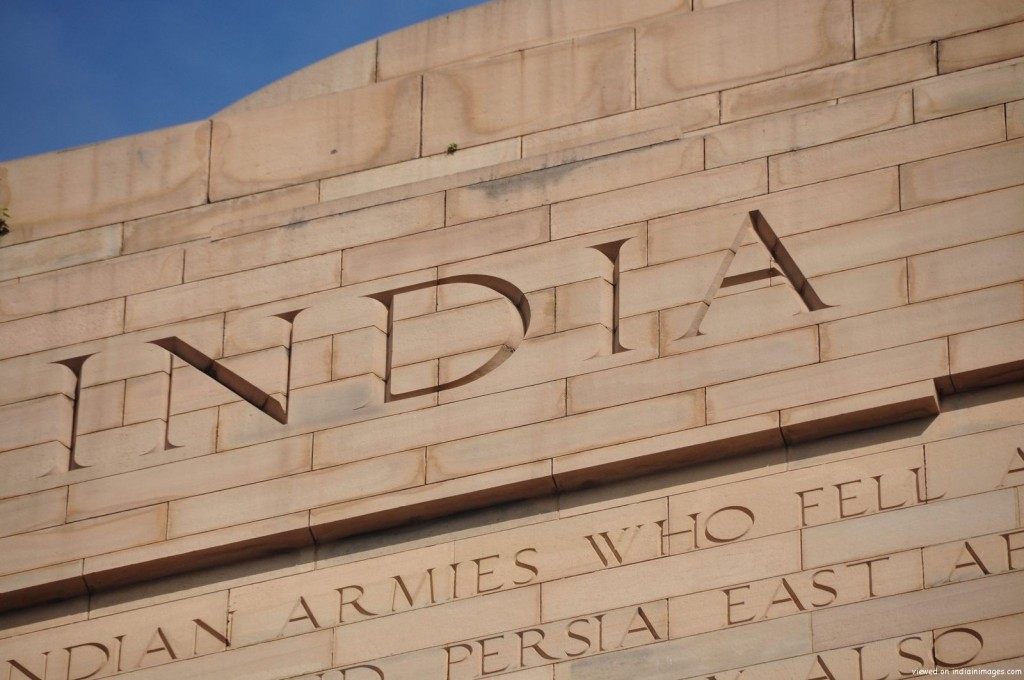 The area has a water stream, a boating spot and sprawling green lawns. There is also a vacant canopy in front of the monument under which once stood the statue of George V. The empty canopy symbolizes the British retreat from India. It’s a great enjoyment place for children too as you can find ice vendors, hawkers and people organizing camel and elephant rides making the place a favourite picnic spot for Delhiites. India is also renowned for the grand Republic Day parade hosted every year.

The India Gate is situated at the eastern end of the Rajpath and less than a mile away from Connaught Place (Rajeev Chowk). Its location at the end of Rajpath is central to many tourist highlights around the city.

The monument is located in the capital city of India which is easily approachable through all major cities and towns of the country. Tourists can either take local buses from various points within the city to reach the gateway, or they can hire auto-rickshaws and taxis or take the metro rail. One can even stroll to India Gate from Connaught Place. Kendriya Terminal is the nearest metro station and New Delhi Railway Station is the nearest railway station from the place.

The gate is open to the public for 24 hours throughout the week. There is no entry fee required to visit the place. Approx 1 hour is required for sight seeing at India Gate.

The best time to visit India Gate is during summers. Mostly people prefer visiting the place after sunset or at night so as to view the illuminated India Gate and enjoying with the flock of locals at this time. If you want to avoid the crowds then see the iconic landmark during early morning.