Top 10 Places to Visit in Delhi

Anirudh Singh June 20, 2015 Delhi Comments Off on Top 10 Places to Visit in Delhi

We all want to plan a trip in our free time. We put a lot of efforts to finally decide and identify the perfect destination for a vacation. And when we have finally decided about the destination, we have to do a proper research about the best places to visit. After knowing about the place and the attractions we need to plan our accommodation arrangements during the stay. Let us know about the 10 Best Places to Visit in Delhi.

If you plan to visit Delhi in this vacation, our suggestions will surely help you to plan your trip. India Gate is the most popular tourist destination in Delhi and this makes it to no.1 position in 10 Best Places to Visit in Delhi. It was built in 1931 in the memory of 75,000 Indian Soldiers who sacrificed their lives during First World War and Afghan War. The names of all the soldiers have been inscribed on the monument. Earlier known as “All India War Memorial”, designed by Edward Lutyens it took 10 long years to complete. It is located in Rajpath and looks beautiful under the lights as well. 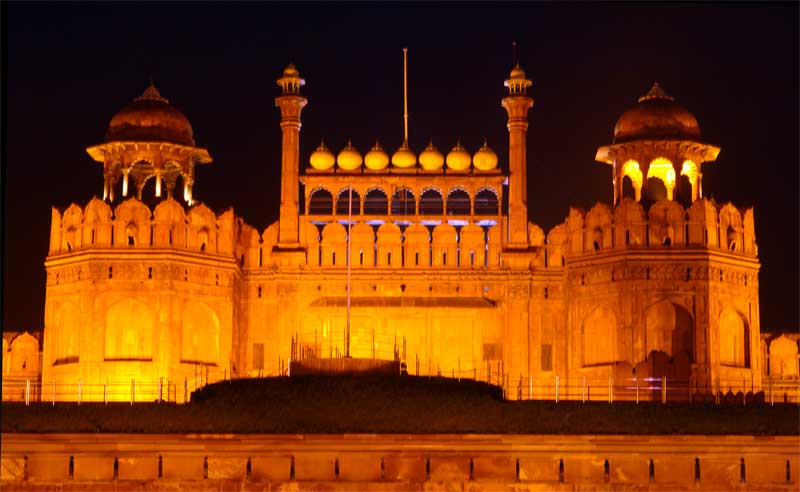 The construction of Red Fort started in 1638 and finished in 1648. It was build by the famous Mughar Emperor Shah Jahan, who also built the famous Taj Mahal of Agra. Red fort is at no.2 position in our list of 10 Best Places to Visit in Delhi. It is built with the Persian, European and Indian art forms. The walls of the fort are 33 m in height which helped to notice any attack. A very beautiful Sound & Light show is conducted in the Red fort every evening which takes you back in the era of Mughals. Please note that the Fort remains closed on Mondays.

Qutub Minar was built by the first Mughal emperor of Delhi Qutub-ud-din Aibak in 1193. It is said to be the World’s tallest brick minaret. The height of Qutub Minar is 72.5 m. It has 5 storeys and every story has a balcony along with it. Red Sandsone was used to construct the first three storeys and the remaining 2 storeys were made of Marbles. Qutub Minar is also said to be the earliest example of Indo-Islamic architecture. There are some other smaller monuments alongside Qutub Minar and they are collectively called Qutub Complex. Qutub Minar is at no.3 position in our list of 10 Best Delhi Attractions.

Jama Masjid is one of the most visited mosque and is located in Old Delhi. It was one of the last constructed building from mughal emperor Shah Jahan. It is also said to be the one of the largest mosques in India and can hold upto 25000 people altogether. Jama Masjid is at no.4 position in our list of 10 Best Delhi Attractions. The complete construction of this mosque took 14 long years and got completed in 1658. It was built by the hands of 5000 artisans. It is constructed by using red sandstone and white marble. Jama Masjid has two 40 m high minarets and four towers. It is undoubtedly the holiest place among the list of top 10 tourist attractions in Delhi. 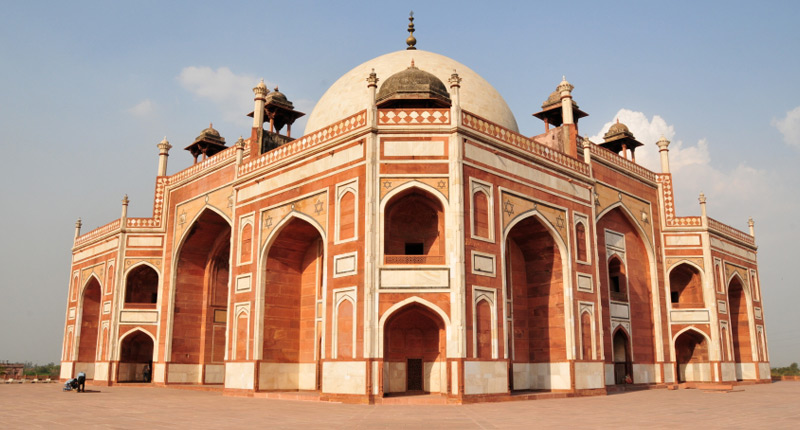 Humayun’s Tomb was the first garden tomb of India and was designed by the persian architect Mirak Mirza. It was constructed in 1570 and is located on the banks of river Yamuna. It was commissioned by the wife of mughal emperor Hamida Banu Begum. It was declared as a UNESCO heritage site in 1993.  Humayun’s Tomb has a 140 ft figh structure with a dome at the centre. Humayun’s Tomb is at no.5 position in our list of 10 Best Delhi Tourist Attractions.

Lotus Temple has a shape like a lotus flower and was constructed in 1986. This temple was built by keeping in mind about the symbol of lotus common in 4 religions Hinduism, Jainism, Buddhism & Islam.

There is no restriction to any person from any religion. There are 9 pools of water around the 9 petals of the lotus and they look awesome in the light after it gets dark. It is one of the most beautiful temples among the list of Top 10 tourist attractions in Delhi and is at no.6 position in our list of 10 Best Delhi Tourist Attractions.

Lodhi Garden was built in 15th and 16th century by Sayyid & Lodhi rulers. It was redesigned by Britishers JA Stein and Garrett Eckbo in the year 1968. It is located at about 3 km from Humayun’s Tomb besides the India International Centre. It is a huge 90 acre garden to have a peaceful time away from the crowd of the city. National Bonsai Park located inside the garden is also a place of attraction. Lodi Garden is at no.7 position in our list of 10 Best Places to Visit in Delhi.

Chandni Chowk is an old and major shopping area of Delhi. Located in Old Delhi, this market was built in the reign of the mughal emperor Shah Jahan. Here you can find almost every thing a shopoholic can think of. Paratha Wala gali is still famous for its mouth watering parathas. If you are a non-veggie you must visit Karims to have some awesome non-veg dishes. It is one of the most crowded place among the top 10 tourist attractions in Delhi and at no.8 position in our list of 10 Best Places to Visit in Delhi.

Swaminarayan Akshardham is one of the World’s largest Hindu temple and was built in the year 2005. It portrays the beauty of Indian architecture and traditions. The complete complex was built by HH Pramukh Swami Maharaj of the Bochasanwasi Shri Akshar Purushottam Swaminarayan Sanstha. The construction was completed in 5 years time with the hard work of 11,000 artisans. If you visit this temple, do not miss the lovely musical fountain show. This fountain show depicts the cycle of birth, life, and death as described in Indian philosophy. Akshardham is at no.9 position in our list of 10 Best Places to Visit in Delhi.

The house of the famous industrialist BD Birla was converted into a Mahatma Gandhi Memorial in 1971, known as Gandhi Smriti. Gandhi Ji was assassinated at this place while he was going to offer his evening prayers. This museum has a huge collection of photographs and personal belongings of Mahatma Gandhi. This museum has a number of doll houses portraying the life of Mahatma Gandhi, which ads on to the attractions of this museum. Gandhi Smriti is at no.10 position in our list of 10 Best Visiting Places in Delhi.

This is the list of Top 10 Places to Visit in Delhi. Delhi has a lot more to offer but this is our list of best and foremost places to visit in Delhi.