The land of Rajasthan served as the adobe of wealthy and brave Rajputs who constructed many royal forts both for leisure and protection from repeated invasions. The presence of these mesmerizing forts bespeaks the power and grandeur of the Rajputana Kingdom. Elaborate decoration and lofty structures built on the top of hills makes them not just wonderful but thrilling sites. One such fort forming the chain of forts located in different corners of Rajasthan is Nahargarh fort of Jaipur.

Nahargarh Fort was constructed as a lodging house for the royal family during the summer seasons. It is located in the north of Jaipur in the lap of Aravali hills.

The construction of the fort is credited to Maharaja Jai Singh in 1734 who initially called this fort as Sudarshangarh Fort. The term Nahargarh basically means the “adobe of Tigers” stands for the powerful lineage of the ruler of Rajasthan.

The construction of Nahargarh fort is such that both Jaigarh and Nahargarh forts are interconnected. Nahar Singh Bhomia, a Rathore prince, whose spirit is said to have haunted this place until a temple was built to exorcise the spirit. The fort underwent a round of renovation under Sawai Ram Singh in 1968. Though the fort fortunately enough never faced any attack as such, but was used a refugee shelter for the British during the revolt of 1857.

Also Read : A Travelogue on my Quick Trip to Jaipur

Besides offering a spectacular view of the surrounding hills and valley, the fort of Nahargarh is built with exquisite craftsmanship. It houses many sub-structures inside it in the form of Indo-European style. Two temples which are built inside the palace are of significant tourist attention.

‘Madhavendra Bhawan’ is another centre of attraction built by the famous Sawai Madho Singh for king and his twelve wives. The fort is basically divided into nine apartment type structure with combined lobby, kitchen, and bathrooms. Like the Delhi Red fort, it also features an open enclosure called Diwan-i-Aam where the king held public meetings. The place also features some very excellent wall murals and interior decorations.

There is no direct bus service to the fort. As it is approximately 17 km away from the Jaipur railway station, hiring a rickshaw won’t be of help. The most preferred conveyance is then hiring a taxi. Since the place is located nearby many famous sites such as Hawa Mahal, Jalmahal, Jaigarh Fort and Amer Fort, taking a taxi is better as it allows for easy conveyance.

The fort is open for tourists from 9:30 in the morning to 4:30 in the afternoon. The tickets are available at a very minimal rate of 5 rupees. Photography is allowed and camera services are also available at 10 rupees.

The fort also offers the opportunity of an exciting trek to the top of the Aravali hills. However, if you are traveling with someone who is not quite comfortable in trekking, it is advisable to either hire some help or plan your itinerary accordingly. Nahargarh offers a spectacularly thrilling view of the city from its heights. 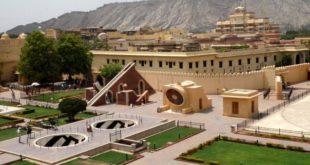 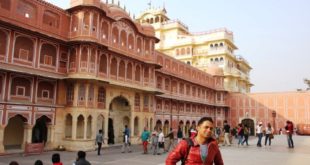 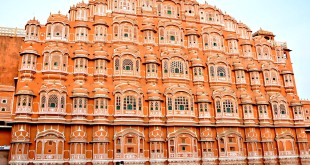