Visiting garden is the best recreation liked by all age group specially children. Its very refreshing to be close to nature and have some fun physical activity or simply picnic in garden. There are many gardens in Delhi. Here is a list of top 10 gardens in Delhi. It is spread in an area of 90 acres and is known for its architecture of 15th century. It is located on Lodhi road between khan market and Safdarjung’s tomb. Because of its architecture and historical value this park is now under protection by Archaeological Survey of India. Park has tombs of Muhammad shah and Sikandar Lodhi. Centre of the garden has ‘Bara Gumbad’ and on the opposite side of this had ‘Shisha Gumbad’ . this park is under good maintainence and attracts lot of tourists. Also, this place is favorite place for the morning joggers. 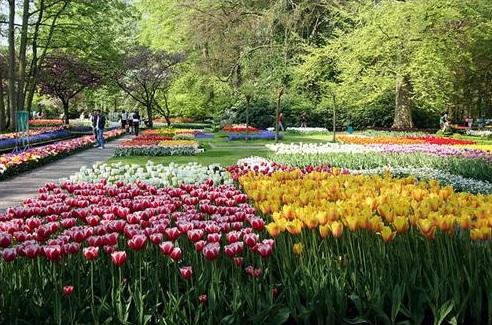 This was constructed by ‘Delhi tourism transportation development corporation’ inaugurated in February 2003 and is not just a garden but has a lots of space for various recreational activities. It is located at Said-ul-Azaib village. There are series of fountains, walking trails, water lilies pool, about hundreds of varieties of plants and lots of other attractions. It is named garden of five senses as the beauty of the garden stimulates the senses of sight, sound, touch, smell and taste.

It is located in sector 11 Rohini and is also known by the name Swarn Jayanti Park. This park has attractions like lakes with boating and walking lanes full of greenery. This park is very well maintained by Delhi development authority. This park is a nice picnic spot. Also it is surrounded by shopping malls and amusement parks.

Also known as A.N Jha deer park this park is located in Hauz Khas south Delhi and  was named after famous social worker Aditya Nath Jha. This park has tombs of Mughal era and Duck Park, rabbit enclosures, art market, rose garden, deer park. This park is perfect for morning walks and picnic full of greenery and natural beauty away from city’s pollution. 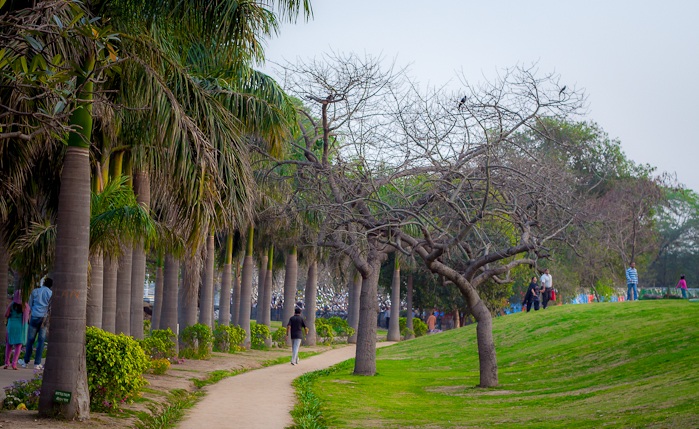 Located in Chanakyapuri this park is about in 80 acres of area. Various music concerts and events, yoga classes etc are regularly organized in this park. Best park to visit during sunny winters and evening of summers.

This park spread in 6 hectares of area is situated inside the Rastrapati Bhavan and is open to the public only for the month of February and March. It is a circular garden which is designed in Mughal style and has some British style as well with fountains, terraces etc. It has wide varieties of flowers of rose, marigold, and bougainvillea. This is an extremely beautiful garden. 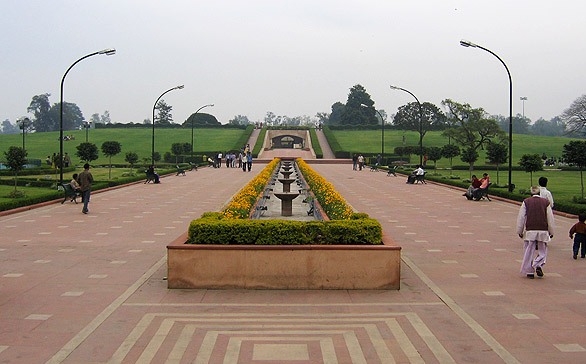 This park is situated near Chandni Chowk. This park is quite small in area but is of historical significance. Earlier by the British, this park was named ‘Company Bagh’ but later on after independence it was named after the father of nation ‘Mahatma Gandhi’ Park. There is a big statue of Mahatma Gandhi in the park to pay tribute to him. It is a nice park to have some peaceful quality time. Various cultural events are organized here. This park is opened only on Sundays.

This garden belongs to the period of Shah Jahan and was founded in 1639. It has various small gardens inside. They are ‘begum ka bagh’, ‘roshanara garden’, ‘tees hazari garden’ and ‘qudsia garden’. As the names suggest these parks were built for the various Begums of the king in those times. The parks are beautiful and well kept. The beauty of the park is more in the spring season. 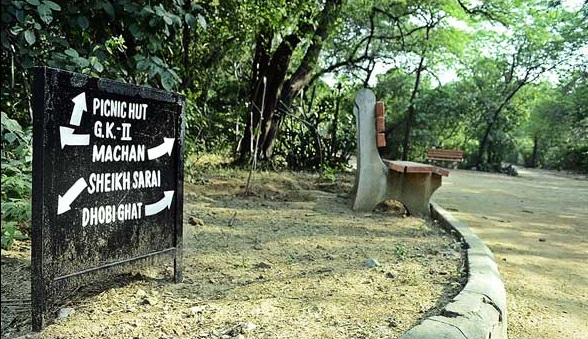 This park is spread in about 800 acres of area. There are many gates to enter this forest. People come from many places to jog here. But because there are many schools located nearby this forest so this area is notorious for traffic jams in the mornings. This is a very big park so people are advised to keep a track of the path and not get lost in the park. It is a very beautiful and scenic place with various different species of trees and plants and flowers and birds chirping around add beauty to it. 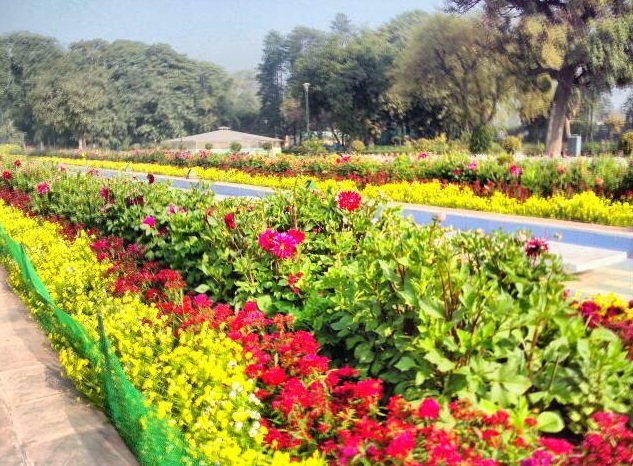 It is located on Willingdon Crescent in New Delhi.  It is named so as there was a taal(tank) at west end of garden which was surrounded by hilly ground giving it the shape of  katora ‘bowl’. Talkatora stadium is located next to this park. This garden is also of historic significance as it has a place where Mughuls defeated Marathas in 1738 fight.