India has 3rd largest Railway Network in the World after United States and China. This network has 115,000 km of track and is growing day by day with better and faster trains coming into the country. As a matter of fact Indian Railways is World’s 7th Largest Employer with 1.307 million employees. We have some Short Route Trains which are well known by everyone like Shatabdi Express which connects various nearby cities to New Delhi. Rajdhani Express is long Route train which connects to New Delhi and is amongst the fastest train in India with all basic amenities.  Duronto Express which have been introduced in recent years are non stop long route trains.

Not only India has just fast Trains, It also has some beautiful super Luxurious and Royal Trains which can make you feel like a King !

Lets know about the Top 5 Luxury Trains in India ! Circuits of The Golden Chariot (7 Nights) 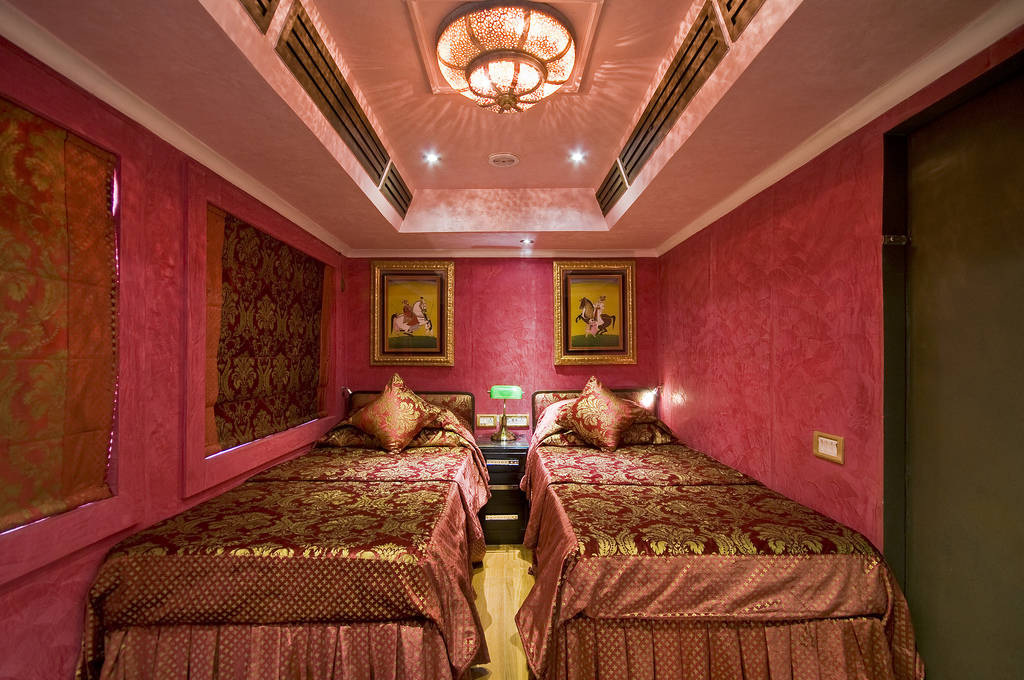 Passenger Saloons – It is made in Hosalya Temple Architecture with 5 star Facility.

Restaurant Coaches – Equipped with 2 Dining Cars for Vegetarian and Non Vegetarians inspired by the royal architecture of Hampi and Halebid Temples.

Lounge Bar Coach – Also called as Madira, this Lounge Bar is made keeping in mind the architecture of Mysore Palace.

Spa and Gym – Equipped with 2 Massage rooms and a Fully equipped Gymnasium.

For Detailed information about The Golden Chariot, Please Visit the Link given below : 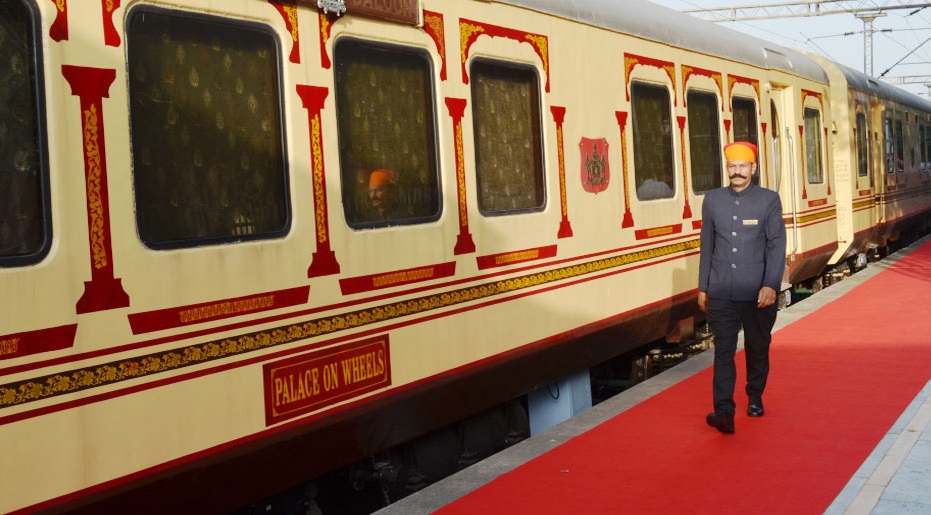 Palace on Wheels is undoubtedly the most talked about and one of the best Luxury Trains in India. This Royal train has some super luxurious cabins, wall to wall carpeting, a well equipped bar, 2 dining cars and a lot more to experience.  The 7 days luxury package of this Train will surely make you feel like you are in heaven for these 7 days.  This train has 14 coaches and all of them are being named after former Rajput States Alwar, Bharatpur, Bikaner, Bundi, Dholpur, Dungargarh, Jaisalmer, Jaipur, Jhalawar, Jodhpur, Kishangarh and Kota. Many Television  channels like BBC, MTV, ZEE TV, National Geographic and Discovery channel have covered this train and also made documentaries on it.

Palace on Wheels has a 7 nights & 8 days itinerary.  It departs from New Delhi , and covers all round the city of Jaipur, Sawai Madhopur and Chittaurgarh, the beautiful city of Udaipur , the desert area of Jaisalmer , Jodhpur, Bharatpur and the city of Taj – Agra. Finally the train returns to New Delhi. 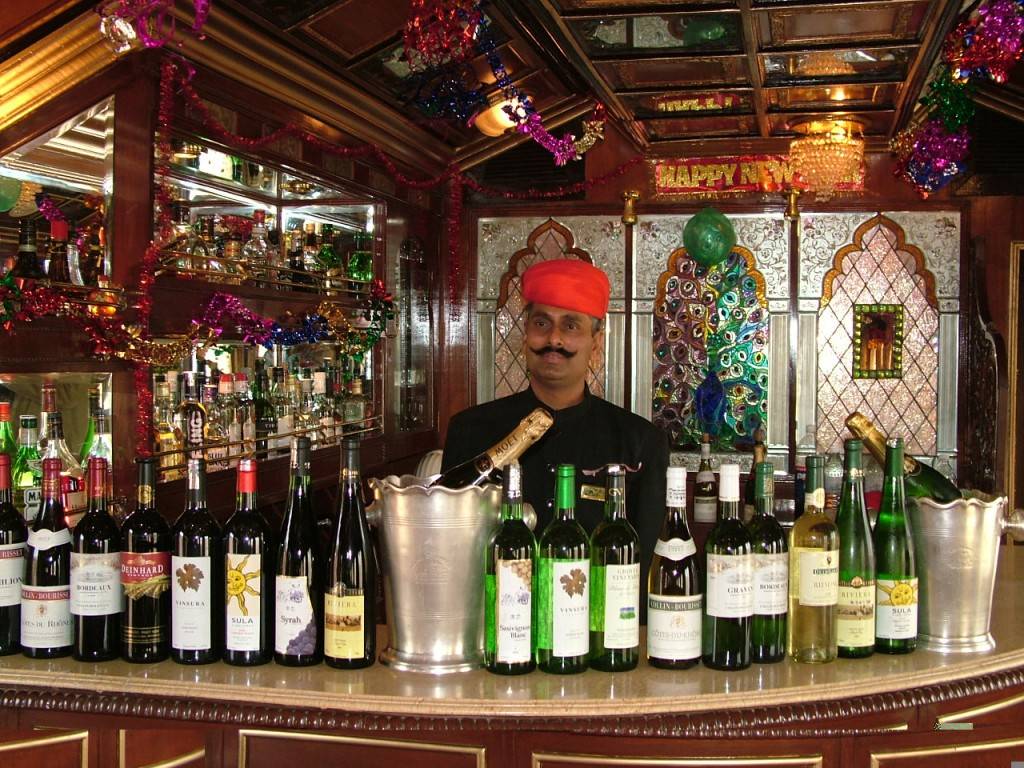 For Detailed Information about the Palace on Wheels, Please Visit the link given below :

Introduced in 2010, Maharajas’ Express is the latest luxurious Train in India. It offers some of the best destinations of North India with breathtaking Landscapes, Culture and Heritage. This train provides the very best in class features and amenities to give you the feel of Maharaja (Meaning ‘King’). 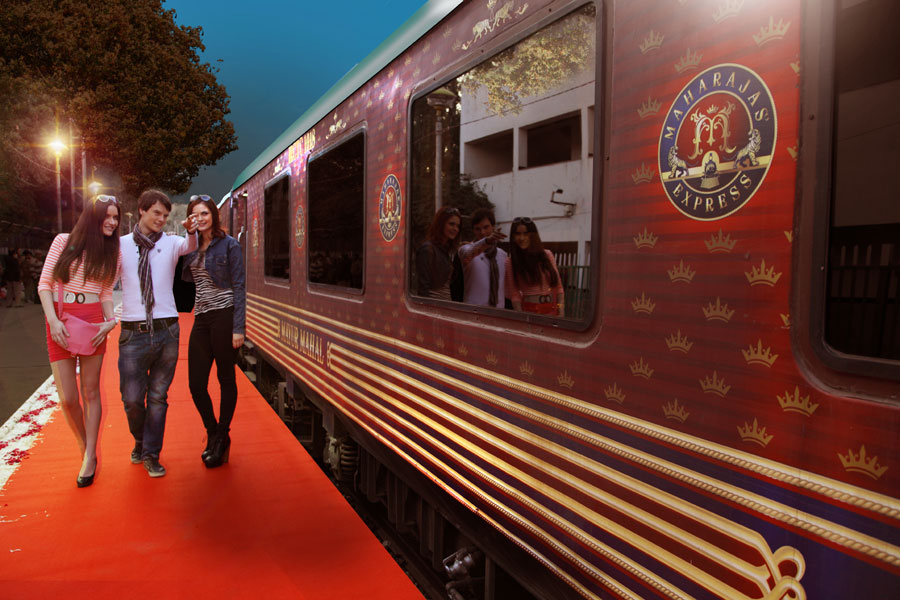 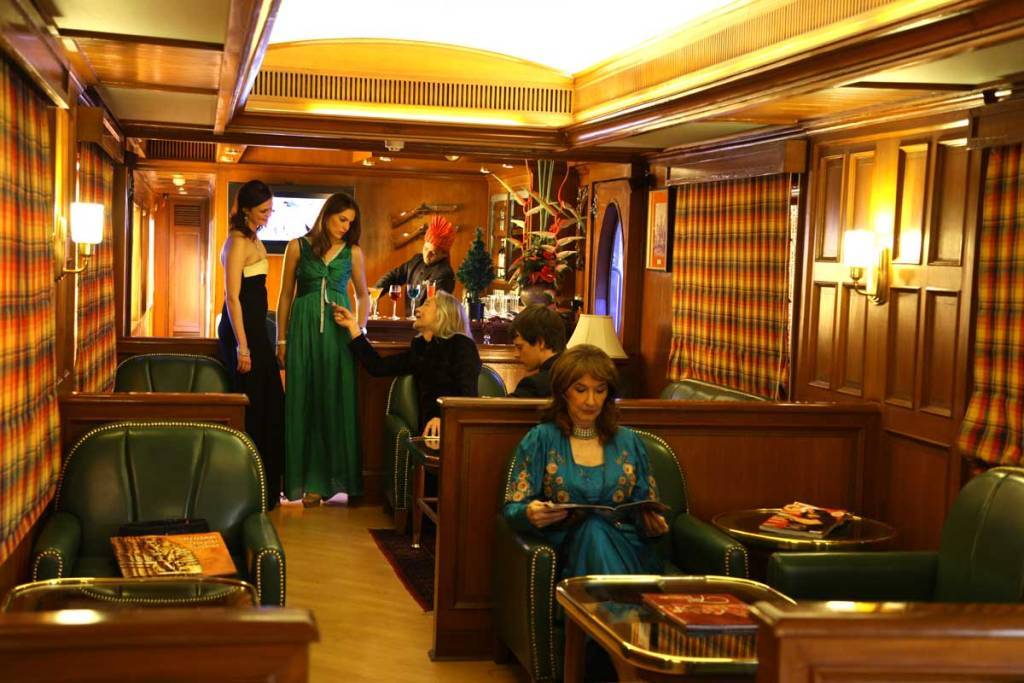 Facilities inside the Cabin

Hope you liked to know about these 3 Luxury Trains in India. You may leave your comments for any queries, feedback or to share your experience.