You must have heard about CNG Cars and other Vehicles that runs on CNG. However, a big step has been taken by Indian Railways now by adopting green fuel. Indian railways launched their first CNG train on 8th January, 2015 by Railway Minister Suresh Prabhi. This train is said to run on on the Rewari-Rohtak section of northern zone and it has dual fuel system i.e., diesel and CNG. Must Read : Top 10 Fastest Trains in India & Top 10 Rajdhani Express Trains in India.

According to reports, introduction of CNG trains will help reduce greenhouse gas emission and not only that but also cut the transporter’s fuel bill by reduction of diesel consumption.

Indian railways has requested the travellers on the use of CNG and also solar and wind power, as an initiative to reduce dependence on conventional energy.

As a matter of fact, Indian Railways has modified the 1,400 HP engine so that it can run on both diesel and CNG by using fumigation technology. This passenger train is said to consume just over 20% of CNG, covering a distance of 81 km in about 2 hours.

According to a senior official the CNG usage will gradually be increased to around 50%. A senior official said there are plans to run more such CNG trains in order to reduce consumption of diesel. This initiative is not only considered a big step towards reduction of carbon footprint of the railways, but also to provide capacity to use a lot cheaper alternative fuel source in future.

The train consists of 2 power cars and 6 car coaches which have been manufactured by the Integral Coach Factory, Chennai and the CNG conversion kit has been supplied by Cummins.

Not only this but the development of a CNG conversion technology, which permits utilization of over 60% CNG, is also under process. Switch over to LNG technology is also under the plan because that will enable a lot better and high fuel carrying capacity. 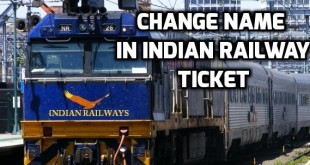