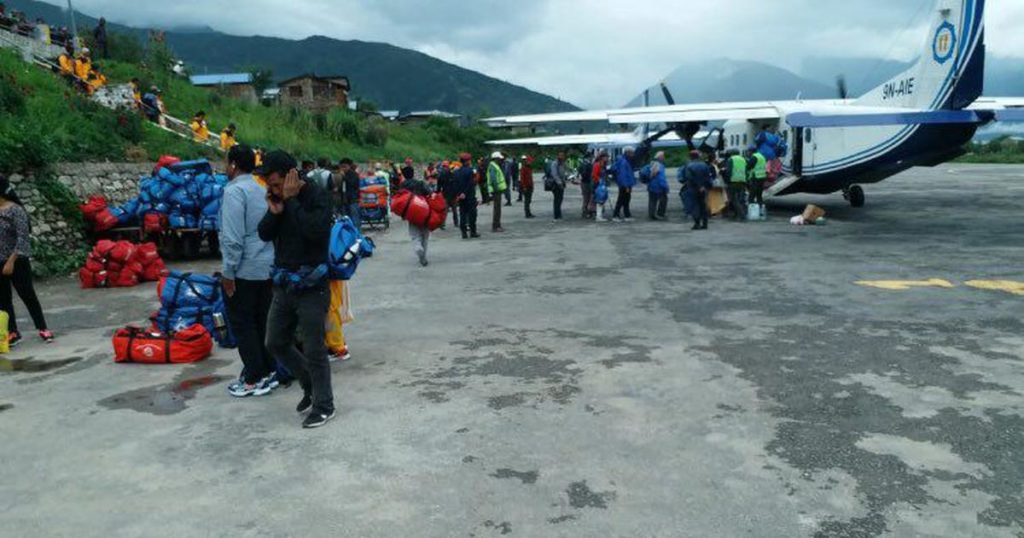 About 1,500 Indian pilgrims are facing acute problem on the Nepalganj-Simikot-Hilsa route of the Kailash Mansarovar Yatra. Its all due to bad weather, precisely heavy downpour after which caused a number of slips along the complicated route of the pilgrimage.

Even today, the weather is becoming worse and there seems little chance of air operations to evacuate the pilgrims, who have been stranded.

The update available with the Indian Embassy in Kathmandu says that 525 pilgrims are stranded in Simikot, a little more, i.e are in 550 in Hilsa and another 500 are stranded on the Tibet side of this part of Nepal.

The Embassy has dispatched its team to Nepalganj and Simikot. They are in regular touch with the pilgrims who are stranded there. They will ensure food and lodging facilities to the concerned aggrieved pilgrims

The Indian Embassy has instructed all tour operators to hold pilgrims back on the Tibet side. It is to ensure that proper medical and civic facilities could be made available there itself. They have also been asked to give proper attention to clearing up the situation.

The Indian consulate is also looking at alternatives to evacuate people from other location, i.e. Simikot. It is also trying to search aggrieved pilgrims in alternative routes. Simikot-Surkhet, Simikot-Jumla or Simikot-Mugu routes are also being searched. All these routes look to be as difficult as Simikot-Nepalganj. The Embassy has pressed the services of Nepal Army helicopters, which are powered to operate over difficult hilly areas.

The Indian embassy is also setting up a hotline for pilgrims and their family. These staff members are proficient in speaking Tamil, Telugu Kannada and Malayalam. That will help much because many of the pilgrims are from these states only.

It may be recalled that thousands of pilgrims from India participate in Kailash Mansarovar Yatra every year via Nepal. This area falls in the Tibetan Autonomous Region of China, ahead of the monsoon season.

The tour is convened by the Ministry of External Affairs each year between June and September. Since the route passes through the government of China in two different routes – Lipulekh Pass and Nathu La Pass, it also assist the pilgrims.

These are the Helpline numbers: