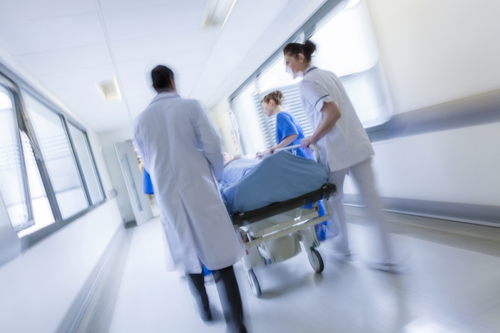 Medical Brain unit of Google is working for a fusion of artificial intelligence to estimate the possible timings of death risk among the patients who have been hospitalized.

The inference of the team has surprised a number of medical experts when it pointed out a high degree of accuracy than a hospital’s own warning system. It shows the advances by the Medical Brain team would assist the healthcare business.

Google’s health-care system which is based on artificial intelligence looks promising at using data to learn and improve the predictability of the lifespan of human beings.

The mechanisms which empowered about the patient lives and the support systems comprises the stay period of the patients in hospitals, their frequencies of re-admission and the death-risk probabilities.

Also See: Google pledges not to use AI for Weapons

One of the Google’s team has specifically published its findings in a paper in a research journal where it says that In a case study of a woman with metastatic breast cancer, Google utilised its algorithm to measure the effect. One day after she was admitted, Google predicted about 20 per cent likelihood of her dying within the hospital itself. On the contrary, the hospital had estimated at about 9.3 per cent through its Early Warning Rating (aEWR) system.

The particular patient died within 10 days of her admission to the hospital. The incident has convinced and impressed upon medical experts of its usability. It is mostly because Google’s systems have the ability to go through the data which was previously not accessed or made available.

Manual data takes a lot of time, to feed and analyse and the hospital’s internal systems are not equipped to sift through and comprehend this information.

It is interesting to note that not only the neural network collect information for predictions, they also link back the predictions to which records it has depended for its inferences. This way, it looks quite credible. It has also shown to be quick and accurate than the techniques, being used.

In the existing scenario, in the healthcare sector, most of the information is usually entered manually. Google’s approach, where machines learn to analyze data on their own is based on a scientific algorithm. Even then, the widespread use of artificial intelligence in healthcare sector remains a big question mark because it might create fears of machine learning abilities on a number of parameters, much of which is just based on interpersonal behaviours.

A number of other companies have also tried to join the fray of artificial intelligence to medicine. These include IBM’s Watson but have had a tough time succeeding.

It is not sure if the tech giant IBM or other ones will use the neural networks for their business model, but Google is certainly working on the perfection of this AI project.