The Mumbai-Pune Expressway’s official name is Yashwantrao Chavan Mumbai Pune Expressway, which covers about 94.5 kilometers is believed to be world’s one of the longest access controlled. It is also one of the busiest expressways and known to employ state of the art technology to benefit the commuting and transportation to the cities fast, reliable and streamlined access. 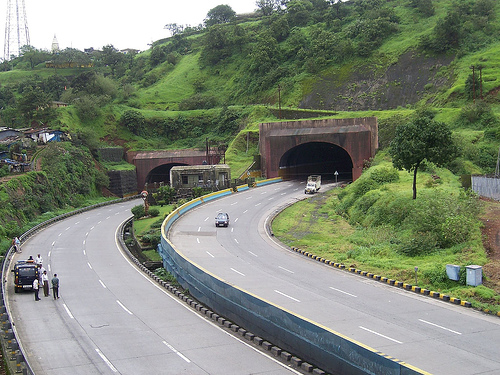 Salient Features of the Expressway The people driving through the expressway could realize the benefits accrued to them with the timely completion and dedication it to the motorists. With the fast crossing of Khandala Ghat through the route of expressway, the pollution which was taking its toll on the traditional route has come down to admissible level. It has helped in reducing travel time to almost two precious hours, and consumption of fuel has also been put under control, saving a lot of money. The pace of economic development has been accelerated by the means of transportation through the expressway. 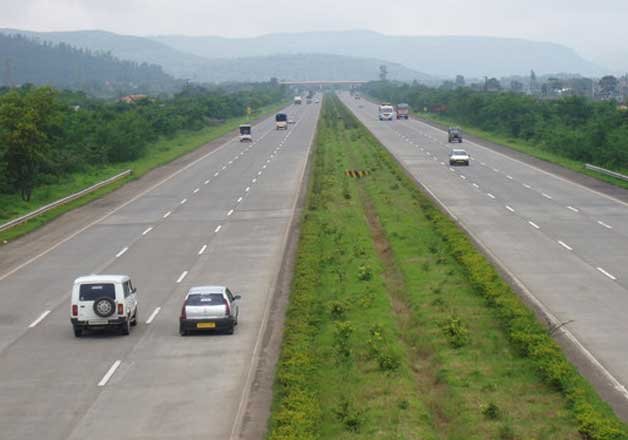 The expressway passes through the Sahyadri ranges with natural scenic beauty and the lanes are fun to drive, but with a sense of discipline. The patrolling services by police and assistance in traffic control on this expressway have been augmented and they keep an eye on the traffic rules violators. Ambulances, cranes, etc. have been provided so that during emergency contact can be established with control room.

The expressway is dotted with wayside amenities like hotels, motels, restaurants, petrol pumps, toilets and telephone facilities at different locations. The expressway has fencing on both the sides so as to prevent cattle and pedestrian traffic from crossing over. However, subways have been provided at a distance of about 300 – 500 meters for the locals. 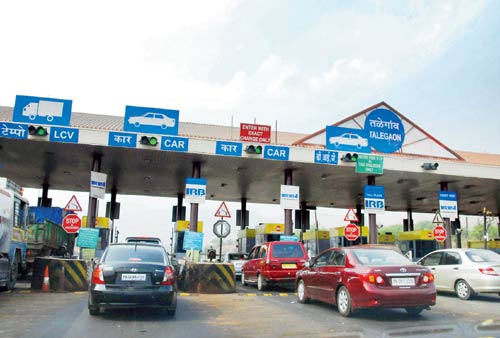 Toll Plaza’s are provided at four locations. Toll is being collected at these locations from vehicles using the expressway. Toll rates depend on the distance covered by the vehicles. The expressway starts at Kalamboli (near Panvel), and ends at Dehu Rd. (near Pune). It cleaves through the scenic Sahyadri mountain ranges through passes and tunnels. It has six interchanges: Shedung, Chowk, Khalapur, Lonavala, Kusgaon and Talegaon. The expressway has two carriageways with three concrete lanes, each separated by a central divider and a tarmac or concrete shoulder on either side.

Visualising the impact of population boom, the growing number of commuters between Mumbai-Pune, accelerated growth of trade between the twin cities were the main reasons that the Government felt to carve out an alternate route of travel for the cities.In the year 1990, the Government of Maharashtra appointed carried out feasibility studies for the new expressway to be operated on toll basis. RITES, the surveying institution submitted their report in 1994 with the estimated cost of project at Rs.11.46 billion. 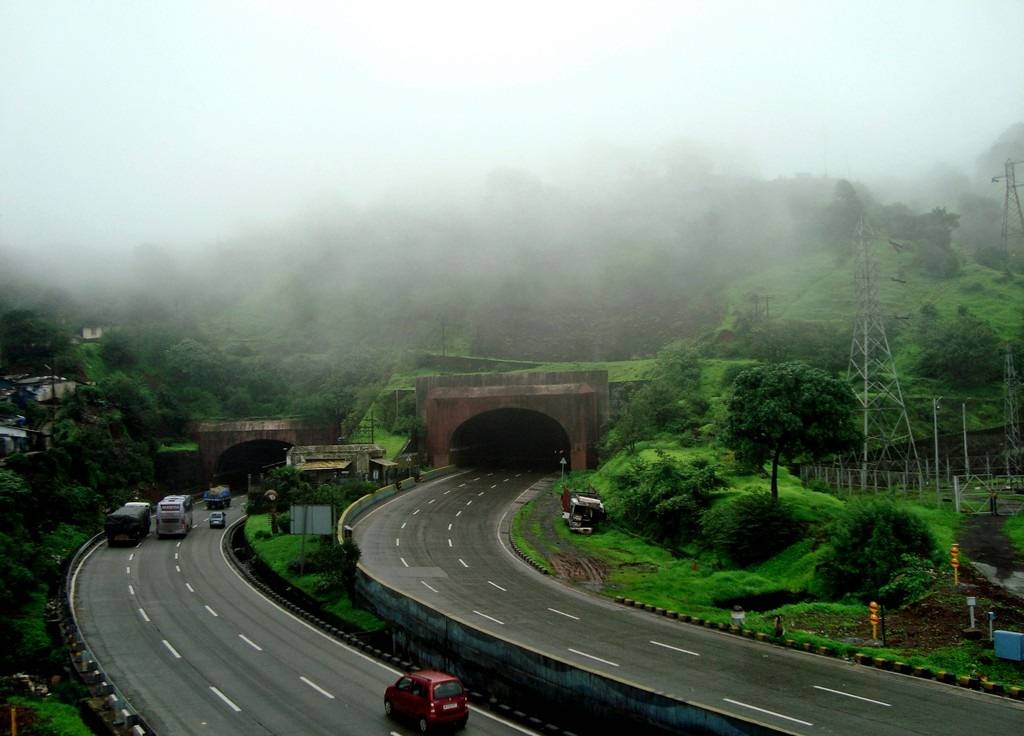 The Government of Maharashtra entrusted the work of the construction of Mumbai-Pune expressway to MSRDC, a government body in March 1997 on Build-Operate-Transfer basis with permission to collect toll for 30 years. The environmental clearance from the Ministry of Environment and Forests, Government of India was received on 13 October 1997 while the Forest Clearance was received on 11 November 1997.

The tender notice was published in leading newspapers all over India and also on the Internet. Due to the wide publicity, 133 tenders were sold and on 18 December 1997, 55 tenders were received. After technical and financial evaluation, tenders were accepted and work orders were given on 1 January 1998 to four contractors. There after tenders for widening of Khandala  and Lonavala-Khandalabypass works were invited. The tenders were received on 24 August 1998 and orders were issued on 4 September 1998.

It has five illuminated, ventilated tunnels totalling 5,724 metres. These tunnels were built by the Konkan Railway Corporation Ltd:

Bhatan Tunnel is located near Bhatan pada village on Mumbai-Pune Expressway. Mumbai-Pune tube is 1,046 m and the Pune-Mumbai tube is 1,086 m long. Madap Tunnel opened in April year 2000 and the tubes are 351 m long North and South through the mountains of Western Ghats. Madap is a Village in Khalapur Taluka in Raigad District of Maharashtra. Adoshi Tunnel is located near the Khopoli and contains only a half part of the expressway which goes from Pune to Mumbai while the Pune-Mumbai carriageway traverses the 230 m long tunnel. Khandala is the beautiful hill station in the Western Ghats of Maharashtra, Located at one end the Bhor Ghat. Khandala tunnel is one of the best road tunnel in Maharashtra. 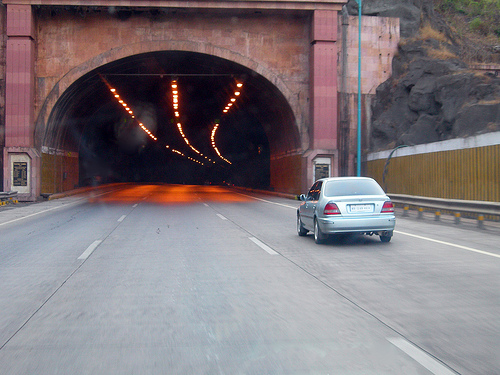 Apart from providing faster connectivity from Mumbai to Pune, the expressway has also get a good connectivity with the cities like Satara, Sangli, Kolhapur, Belgaum, Hubli and Bangalore with Mumbai and also reduced the travel time drastically between these cities. A 34km long road has been constructed which bypasses the Pune Metropolitan Area which has also eased the traffic. With the construction of the Pune City ring road, the many faraway suburbs and financial districts of Pune would get a direct link to the expressway and would not have to cross the entire urban Pune area.

There are a lot of must eating points in expressway. A reputed travel portal has awarded number one rank to Shri Datta Snacks where 40 of its reviewers have given it 4.5 out of 5 ratings. According to a reviewer, “Its a must place to visit on the mumbai Pune express highway. The snack items are yummy specially the batata wada, kothimbir vadi n the chai….”. 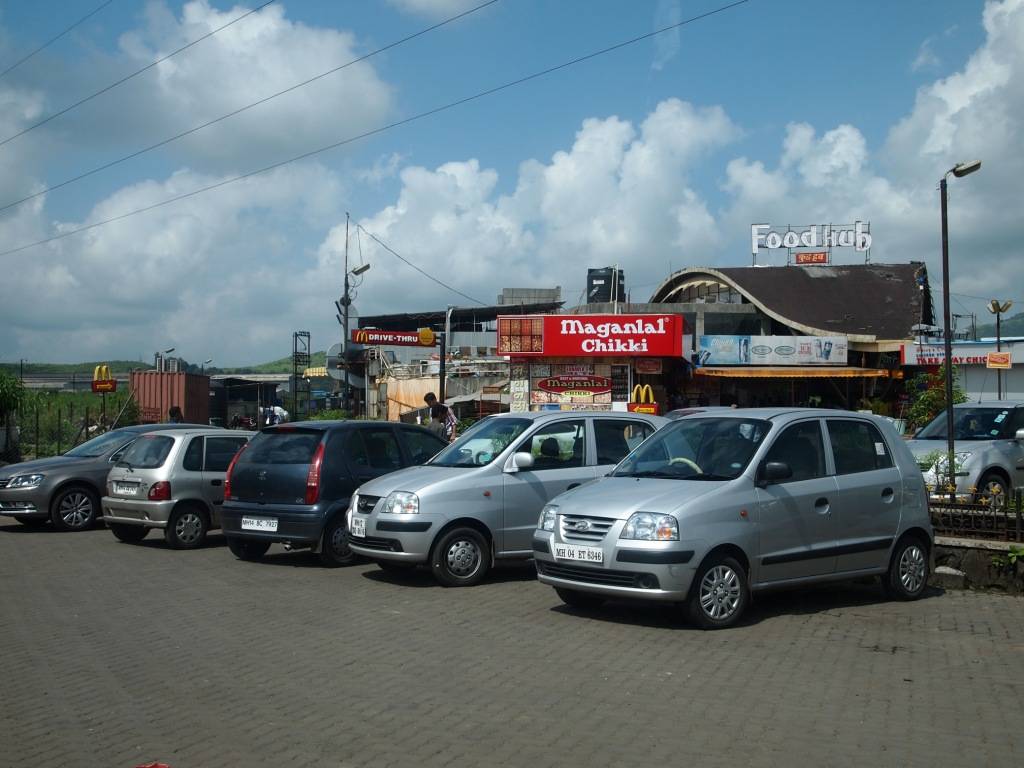 Another  traveler opines, It Is almost a mandatory stop on the expressway back to Mumbai. Always a big queue for their fresh Vadas. Best enjoyed with their Spicy chutney. They rarely have any stale stock and you need to wait a couple of minutes to get a fresh batch. Also worth trying are the Kande Pohe and Kothimbir Vadi. The Misal is outstanding as well.” Orchard Richard Café and McDonald on the expressway are also most preferred eating destination.