Leh-ladakh is one of the famous destinations of India in Jammu and Kashmir. Leh-Ladakh is widely famous for its natural beauty, monasteries and lakes. It is located near Himalayas, many tourists from all over the world come here to explore it’s beauty. There are many places to visit in leh-ladakh but if you go there you must visit most popular places of Leh-Ladakh which are mentioned below.

Top 10 Places to Visit in Leh-Ladakh

Nubra Valley is the northermost part of Jammu and Kashmir. It is one of the must visit places in Ladakh. Nubra Valley is a large, flat and wide region located about 150km north of leh, the capital of ladakh. It is also known as the orchard of ladakh and was originally called Ldumra which meant the valley of flowers.

April-June and September-October are two best time of the year to visit Nubra Valley. It is a nice and calm holiday place. The weather here is pleasantly cold.

Zanskar  is a small town spread over an area of 7000 sq.km at an altitude ranging from 3500 m to 7000 m above sea level. Zanskar Valley is blessed with immense natural beauty and it is one of the most visited tourist destinations of India. It is is located in the heart of the Himalayas. Zanskar Valley is a beautiful Valley wraped by ice. It is most visited by tourist who are nature’s lover and love adventure. Car Rallies also held in this region as it is the most suitable place for rally racing.

Tourist also get the opportunity to do river rafting on the rapid Zanskar river usually in summers, mountain biking, and in winter the trekkers get the chance to trek the amazing chadar trek. Zanskar is easily accessible by road or by air from Srinagar , tourists can also hire motor cycle or a taxi from leh or Kargil or take a bus.

Some of the famous attractions for tourist in Zanskar are Padum, karsha monastery, Drang Drung Glacier etc.

Lamayuru monastery is one of the oldest and largest monasteries of Ladakh , approximately 127 km west of Leh. Lamayuru is located on the Srinagar kargil Leh in kargil district. Lamayuru monastery has an appealing charm and beauty, artifacts including wall paintings and thankas , statue and carpets are the ancient treasure of lamayuru monastery. 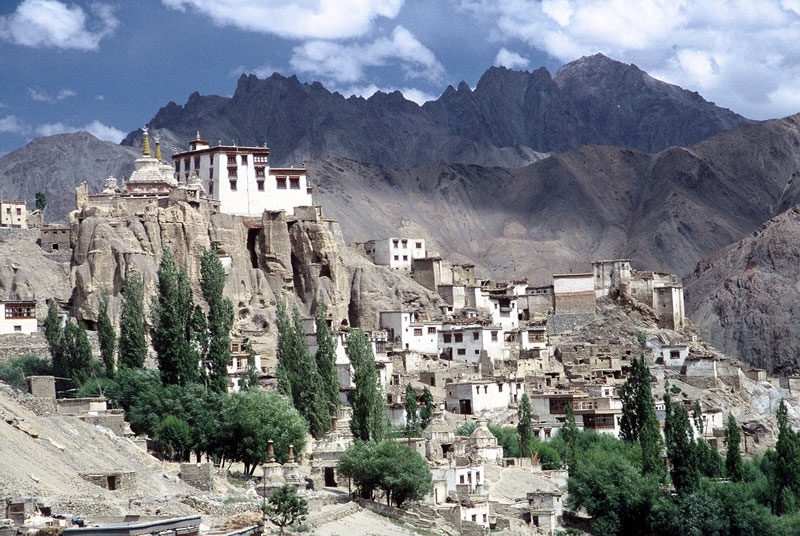 Lamayuru monastery host two annual mask dance Henis Tse Chu and Yuru Kab Gyat, these are two day long and the biggest monastic festivals of Ladakh. These two festivals attracts tourists most as the natives of the village turn up in ethnic garments and make the festival more colourful.

June-September is the best time to visit lamayuru as the roads are clear and bereft of snow.

Pangong is located in the beautiful city of Ladakh and lot of tourist visit this city. Tourists love to experience the beauty of it.Pangong has become such an important place that it is being considered to declare as a wetland of international importance. One of the facts about this lake is that despite being saline water ,it get completely frozen in winter.

Prime attractions near Pangong lake are: Thiksey monastery, Gurdwara Pathar Sahib, Namgyal Tsemo Gompa all these places are very beautiful and peaceful with the beautiful scenes around them. If you remember, some of the Scenes from Popular Bollywood Movies ‘Jab Tak hai Jaan’ and ‘3 idiots’ were shot at Pangong Lake.

This lakeside is open during the tourist season, which is from May-September.

ALSO SEE : Top 10 Places to Visit in India with your Best Friends

Shanti Stupa is situated on a hilltop in chanspa, Leh district Ladakh in the north Indian state of Jammu and Kashmir. Shanti Stupa has become a primary reason for tourist attraction , apart from its religious significance. It is said to be the most famous tourists attraction around Leh. It’s architectural style is different from the traditional style. The beautiful positioning of this Stupa provides a splended view of the surrounding landscape. The stupa is open for tourist between 5:00 AM to 9:00PM.

Sunrise and Sunset provides the best views from Shanti Stupa. It is illuminated with lights at night. Stupa looks best night, when it is beautifully illuminated with glittering lights. Many tourists come to Ladakh every year to visit this awesome Stupa.

Leh Palace was built on a hilltop and still looks imposing from the town. It was one of the tallest building in the world during that time. The ruined palace is being restored  by the Archeological Survey of India.

The palace is open to the public and the roof provides paranomic views of Leh and the surrounding areas. It was the residence of the Royal family till mid of 19th century when the dogra forces attacked Ladakh and the royal family movef to the Stok. The palace museum holds a great collection of jewellery, ornaments, ceremonial dresses and crowns, Chineese thangka or sooth paintings which are more than 450 years old..

Gurdwara pathar sahib is situated on the Srinagar leh road 25 km before the Leh. It is very beautiful and it was created in the memory of the founder of sikh religions and the first guru, Guru Nanak Dev ji.

The shine houses an immovable rock, considered to have a negative image of Guru Nanak. It is considered auspicious to visit the famed Gudwara Sahib before your journey ahead.

The Hall of Fame in Leh is a museum constructed by the Indian army in memory of the brave soldiers who lost their lives in the Indo-Pak wars. It is a place where you can learn various unknown facts about Ladakh.

The museum contains history of Ladakh and information about Leh and its culture. This building consists of two floors , on the ground floor , there is information about the brave soldiers , but  on the first floor there are artifacts of various wars such as the weopons used during the war and some important documents.

Namgyal  Tsemo Monastery is situated at the backdrops of the Leh Palace, founded in 1430. The view of leh from Gompa is a special attraction as it changes with the change in light. 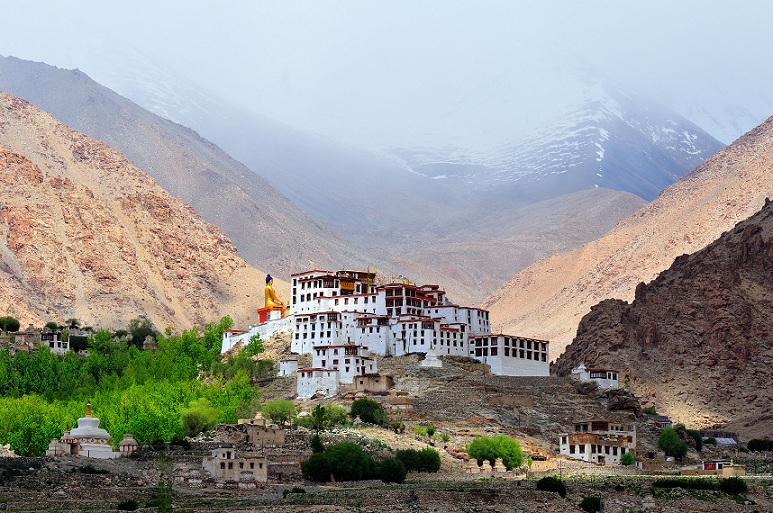 The monastery is a favourite with photography too. The Gompa has assembly hall, paintings, temples, and statues of Buddha. However, the main attraction of this monastery is the 3 stories high golden statue of Maitreya Buddha.

Khardung La pass is situated 40 km from Leh, and is considered the highest motor able pass in the world. The pass was built in 1976 and opened to motor vehicles in 1988. It is used  to carry supplies to Siachen Glacier and is of high logistic importance to Indian army. Leh is the nearest reachable town to this pass which is linked to Srinagar and Manali. 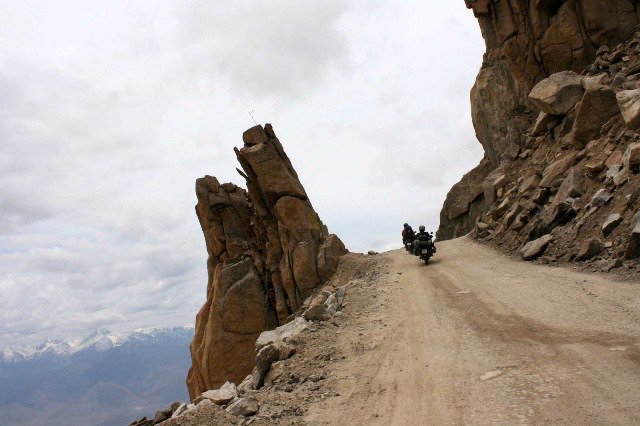 Bikers from all over the world visit this mountain pass on their motorcycle and do mountain biking which is a remarkable experience for lifetime for sure.There is an army canteen where tea and snacks are offered.

The best time to visit khardung la pass is between May- October.