Anirudh Singh October 4, 2017 Jammu Kashmir Comments Off on Diskit Monastery – The Largest and Oldest Buddhist Monastery in the Nubra Valley of Ladakh

Diskit Monastery, which is also known as Deskit Gompa or Diskit Gompa is the largest as well as the oldest Buddhist monastery (gompa) in the Nubra Valley of Ladakh. It is owned by the Gelugpa (Yellow Hat) sect of Tibetan Buddhism. Diskit Monastery was founded by Changzem Tserab Zangpo, who was a disciple of Tsong Khapa the founder of Gelugpa. The Monastery was founded in the 14th century. It is Thikse gompa’s sub-gompa.

Let us first know about the history of Diskit Monastery.

Changzem Tserab Zangpo founded the the Diskit monastery in the 14th century. Hence the history of the Nubra Valley and the monastery could be traced  only from the 14th century onwards. Ladakh at that time was ruled by King Grags-pa-‘bum-lde (1400–1440) and his brother. He also unsuccessfully attempted to usurp Nubra Valley, which was under a local ruler at that time named Nyig-ma-grags-pa. The local ruler assisted a Gelugpa order advocate to build the Diskit monastery and deify the idol of Tsong Khapa, who was the founder of the Gelugpa sect, in the monastery.

At the time of the rule of King Blogros-chog-idan (1440–1470), a resident of Nubra Valley by birth – studied in Tibet and then later became a regent to the founder of Tashilhunpo Monaster. Finally during his last stage of life he returned to Nubra. His remains also have been preserved in Charas. Ladakh was ruled by Bkra-shis-rnam-rgyal in 1500, who fought the invader Mirza Haider of Central Asia, in Nubra which is close to Leh. He finally defeated the latter and thus brought Nubra under Ladakh King’s rule. Despite that, the local chieftains still yielded power in Hundar and Diskit. After this war Shia Muslims started settling in Nubra.

The Diskit monastery is situated just above the flood plains of the Shyok River on the hills. On its right bank in the Diskit village (10,315 ft)) in Nubra Valley. Nubra River can be called as a  tributary of the Shyok River. The river flows parallel to the Indus River on the northern side of the Ladakh Range. It has a mild climate since the valley is at lower elevation.

This climatic condition has helped create lush vegetation in the valley. The valley is therefore, called the “Orchard of Ladakh”. The valley was also a part of the caravan route between China and Tibet. Along the countryside it has various trekking sites.

The Diskit Monastery administration also runs a school. The school is supported by a Non-Government Organization (NGO) known as the “Tibet Support Group”. The school has computer facilities.  It teaches science subjects to Tibetan children of the region in English.

There is a very popular festival of Diskit Monastery known as Dosmoche. It is also called the “Festival of the Scapegoat”. It is held in the precincts of the monastery in February during the winter season. The festival is largely attended by people from villages of the Nubra Valley. It is not possible for people from other regions to visit the festival since Leh is inaccessible during this period due to heavy snow fall. 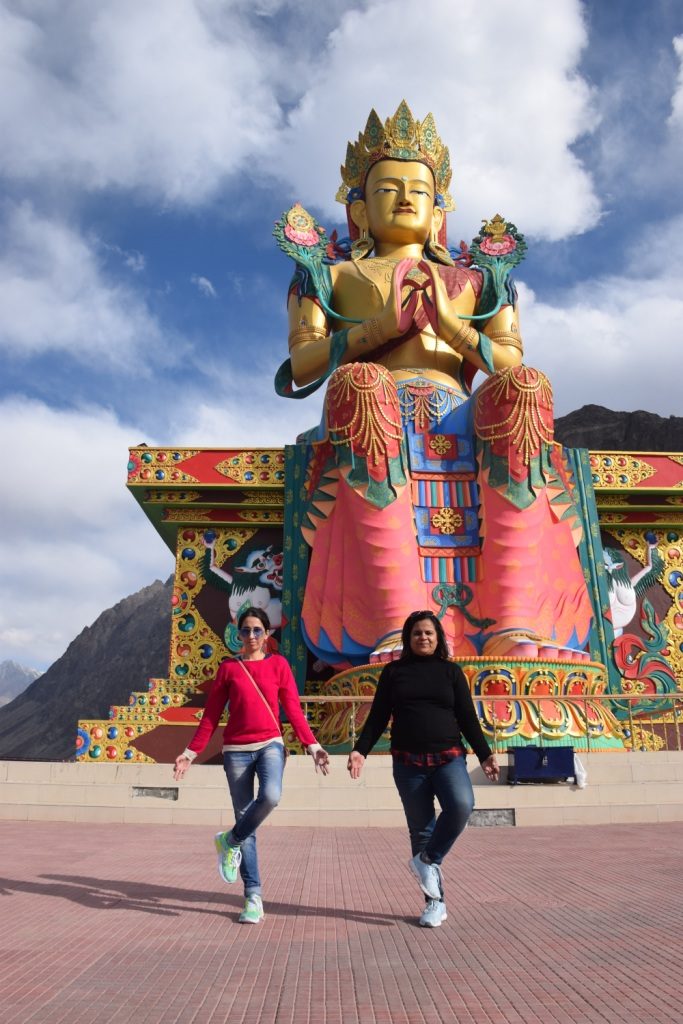 There is a 32 metre (106 foot) huge statue of Maitreya Buddha on top of a hill down the hill from the monastery. This statue faces towards the Shyok River which flows towards Pakistan. According to Mr. Tsering Nophel, who is the chairman of the committee which organised this huge impressive statue, maximum amount came from local donations. The Head of the Gelugpa, Ganden Thipa and Abbott of Rizu Monastery, donated 8 kg of gold for the decoration of this Buddha Statue. 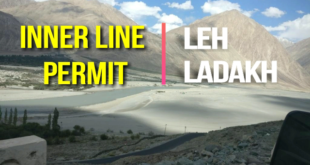 How to Get Inner Line Permit for Leh Ladakh ? 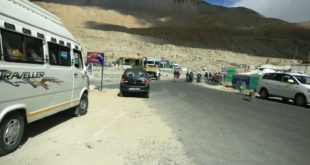 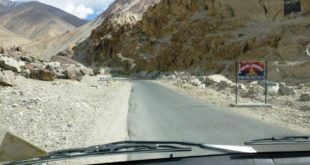 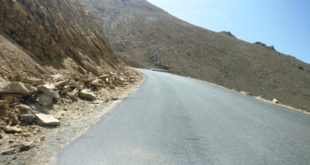 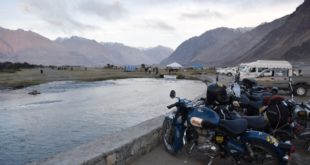 Nubra Valley – The Land of Orchards, Bactrian Camels and Monasteries 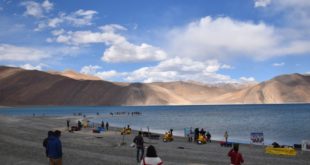