India is a land where almost all the people and activities are always related to some or the other religious belief. So is the case with the world’s largest gathering that happens every 12 years at the bank of the confluence of three rivers- Ganges, Yamuna and mystical Saraswati which is known by the name of Maha Kumbh.

Kumbh Mela is held in the places where the pot or the Kumbh carrying the amrita churned out by the gods and the demons together, stopped at this place which is one of the four places to have the privilege of amrit stopping by. Since then this place has been revered as one of the most auspicious places.

This Kumbh Mela has a historical background too as it was documented by Hiuen Tsang that Emperor Shailaditya called a huge meeting at the confluence of the three rivers in 644 CE. It was the first time that a documentation of Kumbh Mela was made.

This gathering of millions of people on the bank of Ganges has a great religious and spiritual significance. The Hindus gather around the river and the confluence to get rid of their sins by having a dip in the holy river. Many of the people come to the Mela to spend the entire month there in the form of Kalpa Vasa. During this time they stay in tents and spend their time there chanting holy hymns and meditating. 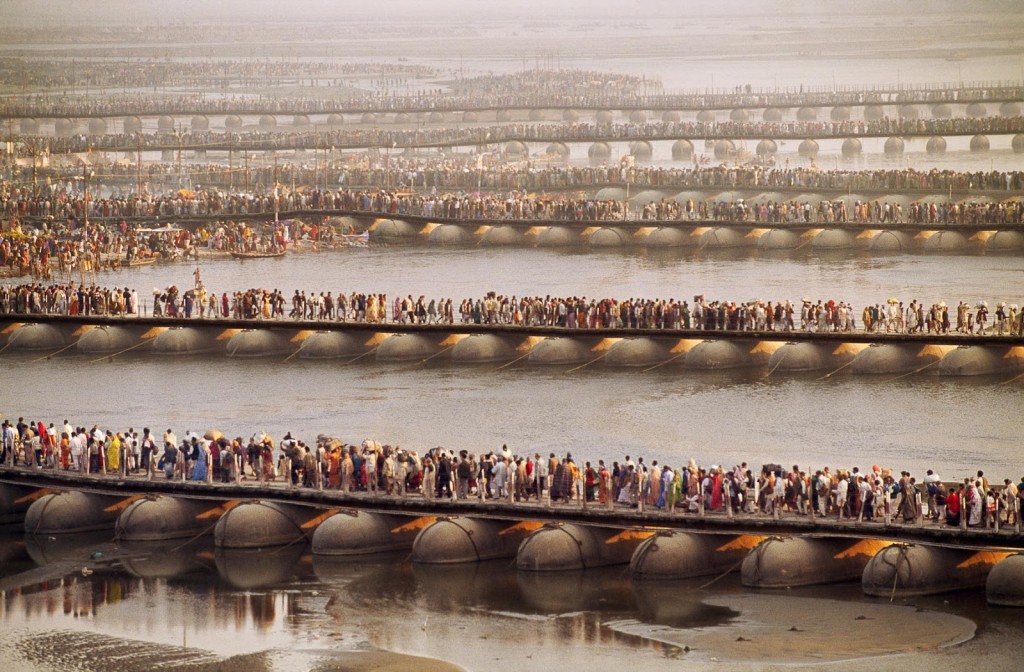 It is not only the religious and spiritual significance that this confluence of millions of people is famous for but it also has economic significance for the Republic of India. In this Mela temporary employment for more than 600,000 people is generated along with a significant boost to the local transport system as well as tourism wherein people from all over the world come to witness this amazing feat that happens in India every twelve years.

It has been estimated that this mela generates revenue close to USD 2,000 million just in two months time. It is the power of the religious beliefs that brings together millions of people to share the waters of the holy Ganges at the same time and at the same place.

But this mela also poses a very difficult time for the police and security agencies as the crowd of this capacity can cause havoc if there is any type of mismanagement. Also, the threat from the terrorist groups is always lurking on the organizations of this capacity. Apart from the threats of this kind stampede is one thing that is a great danger in this crowded place that is bigger than 20 sq km. For this the whole government makes optimum arrangements in coordination with the volunteer organizations that help in conducting the mela smoothly.