All over the world you can find several natural abandoned beauties, but what humans created on earth is equally outstanding & appreciating. You cannot deny that India is accomplished with versatile architecture, eye catchy buildings and astonishing monuments. Because of fabulous structure of Indian monuments, and the stories behind their creation, many tourists from all around the world have been attracted. So if you are visiting the nation for the very first time, then don’t forget to appreciate these below mentioned top 10 historical monuments of India.

Let us start with the most popular and beautiful historical monument of India i.e., Taj Mahal.

The monument is located in Agra city which is situated on the bank of the holy river called Yamuna. The immense beauty and massive appearance of the palace brings goose bumps when the tourist enters the giant entrance gate. It was built by the Mughal emperor Shah Jahan in the remembrance of his loving wife Mumtaz.

The Turkish architecture, the Persian phrases and the combination of scientific foundation defines the beauty of the Taj Mahal. However, this particular monument from India is registered amongst the 8 wonders of the world.

In the list of the top 10 historical monuments of India, you will find Mysore palace accredited at a special niche. The colossal design of the palace is found in the Mysore city of Karnataka. After Chamundi hills, this is the centre of attraction in Mysore city for the tourists from all across the world. It has a beautiful museum inside where all the clothes, paintings, furniture of the Mysore emperor are decorated for display.

Hawa Mahal is located in Jaipur, the city of Rajputs in Rajasthan. It is the heart of monuments in Jaipur because it consists of so many windows that anyone would stop and try to count them for at least 30 minutes. The shape of the palace is in pyramid style and has 5 huge stories. 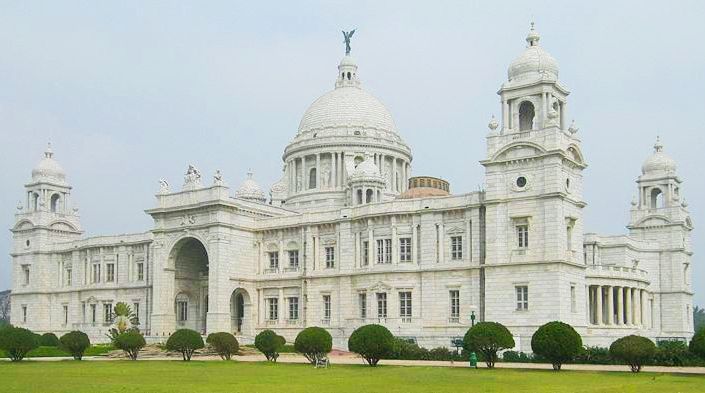 The Victoria memorial hall was built in British period and it consist of the British architecture similitude everywhere. The entire building is painted with white color and is the regarded as the biggest tourism magnetism in Kolkata city.

Qutub minar is the tallest pillar building which was built by the Mughal dynasty emperor for the sake of establishing a view from the top of the building to know where the enemies are situated around the Delhi city. It is now used for the tourist stopover in New Delhi.

Rajasthan is proud to own some of the great and top 10 historical monuments of India, out of which Chittorgarh Fort is standing at the most visited niche for tourism place in current era. This is the majestic fort which is situated in the middle of hills near Gambheri River. Discover the true story of Rajputs, their living styles and there fabulous love for the architecture. The traditional touch of the fort still exists in its natives which are living in the surrounding valley.

This is most recommended place in India to visit whenever you are in New Delhi. The red fort was built in 17th century by the Mughal emperor. The approximate area upon which the fort is constructed 254.67 acres. The mystical fact about the fort is that its north south axis are longer than the east and west axis designed in a shape of an octagon.

This is the most visited historical monument in India which is situated in Hyderabad, Andhra Pradesh. The minar was built in the year 1591 by the Mughal emperor Mohammad Quli Qutub Shah, and still stands on its strongest foundation as it is. The charminar is located in the east direct of the Musi river bank.

The beauty of Mumbai lies near the gateway of India. Yes, it is one of the most visit top 10 historical monuments of India which was built during the 20th century. The monument is located at the waterfront in south Mumbai and overlooks towards the Arabian Sea. This is a beautiful place to visit whenever you are in Mumbai. The flawless beauty of the water splashes and the mesmerizing view of the harbor will bring you some immortal memories.

This is the renowned fort built in 16th century that belongs to the Golconda sultanate. The original founder of the fort was the rulers of kakatiya dynasty. The destination which is now being used as a tourist hotspot has been seized by the Mughal emperor Aurangzeb in late 18th century.   This is the place where mining areas are found and Koh-I-Noor was one of the most precious gem stone which was extracted from here. However, it is recently recorded as the top 10 historical monuments of India.

Besides, the above listed top 10 historical monuments of India, you will find several more regional monuments in every state of the nation that explains its story and brings you close to the traditional ancient era. Explore the beauty and traditional history attached to it once you enter the incredible India!