A statue is a sculpture which is a representation of any person, living or dead, animal, or any object. Statue tells a lot and has a lot within itself. Historical representation is also done in the form of the statue; social messages are given and kept for the generations to come. Statues are also made to pay homage and respect to leaders, soldiers, statesmen, social activist, and sportsperson. It means that statue is something which is not living and cannot speak but can convey you the message by its representation only. But have you ever heard of a statue which is living but is feels like a dead? Strange yes to find out this statue you will have to visit Chennai.

There is a statue at VGP Golden Beach Resort, Chennai which you can see for only six hours and it then vanishes just to reappear next day. It is not that there are visiting hours of this statue, this statue is actually a living human statue. I mean a man who converts into a statue, his name is Mr. Abdul Haziz.

Abdul wears an Indian attire and holds a stick in his hands, dresses traditionally with a turban on his head stands here for six hours from morning till evening Non-stop without even blinking his eyes.

How it all started ?

At the age of 18 years, Abdul came to Chennai for making it big and was hunting for a job when this offer of a Statue man was given to him at VGP Golden Beach Resort.

He had to stand like a statue without moving an inch, without blinking even his eyes, no water or food during those duty hours, no smiling, no talking, and even he was not allowed to fly away a bug if it sits on his face. Such a challenge was taken up by “Babu”, the nickname of Abdul, and since then it’s been 31years he is standing like a statue.

The Cash Reward and the Secret

Babu has been such difficult statue that the management has kept cash reward on him. Anyone who can make Babu Laugh will get a cash reward of Rs.10000/-. It’s been 31 years till now thousands have tried but not a single person has been successful in this pursuit. Babu is famous for his tremendous talent not only in India but also in other countries like Singapore and Malaysia. When asked about his secret on how he manages to do all this without taking rest he discloses that regularly practicing “Yoga” makes him strong enough to perform his duties with ease. 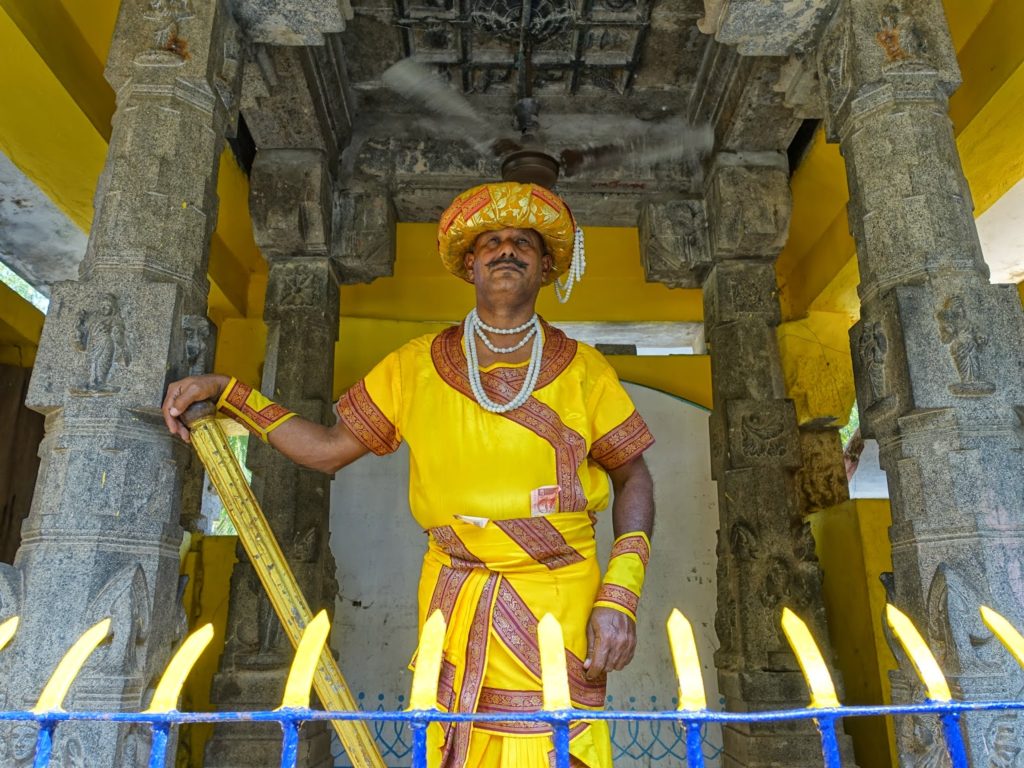 On a daily basis, people come to visit Babu’s extraordinary talent, try their luck and then go back after clicking “selfie” with him. He is unbeatable, is proved b the fact that even the world famous guards at the “Buckingham Palace” take a break after every two hours, but Babu can be moved only after Six hours!