A lot of us like to do various adventures. Rock climbing is one of the most performed adventure activity throughout the world. You might have heard and seen about a lot of well known climbers. Have you ever heard of a person who scales rocks like a monkey ! Yes, you read it right ! Meet “The Spiderman of India” – Jyothi Raj alias Kothi Raju aka “Monkey Man”, who scales high rocks and buildings just like monkeys.

Jyothi Raju is a native of Tamil Nadu but has been living in Karnataka since a long time. He performs his monkey-like stunts at the Chitradurga Fort in Karnataka and attracts huge amount of visitors there. Soon after climbing the fort in Chitradurga, Jyothi became quite popular in India after his videos were telecast on local channels and later became viral on Youtube as well.

From Tamil Nadu to Karnataka

Jyoti first began climbing as a young born growing up in Tamil Nadu, but it was only nine years ago, and a subsequent move to Karnataka, that he first scaled a building without ropes.

Jyothi Raj is also known as “Kothi Raju” which means “Monkey King”. The most unique think about him is that he climbs Chitradurga Fort without safety harnesses. Surprisingly, Raj is the only person to have climbed the highest waterfall of Karnataka, Jog falls which is 830 ft high. The most amazing fact is that Jyothi Raj scaled the waterfall in the direction opposite to that of the flow. 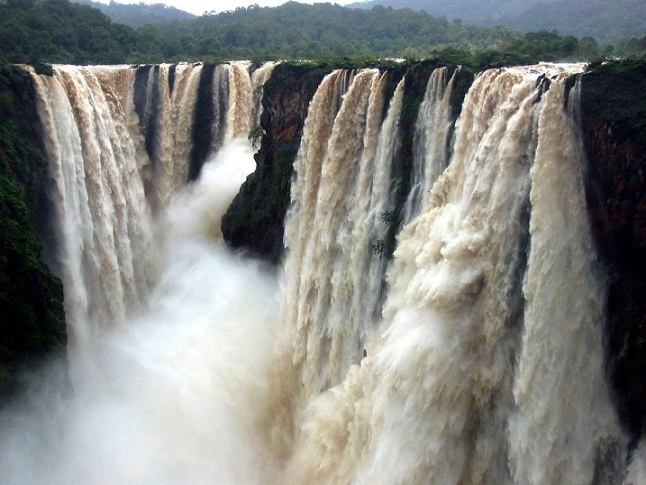 As a matter of fact, on 13 September 2013, Jyothi climbed the clock tower located at Moorusavir Math in Hubli in just over 15 minutes. You will be surprised to know that he doesn’t use any safety harness and he just rubs magnesium carbonate powder on his palms for a strong grip. He says that he does not climb for adventure or sports, but to entertain the tourists to the Chitradurga Fort. 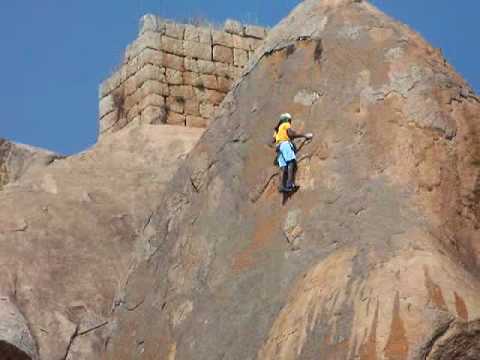 In 2014, Jyothi made his debut as an actor in Sandalwood in the film Jyothi aliyas Kothiraja.

What Jyothi says about his Stunts and Future Plans ?

Jyoti says he practices his incredible stunts everywhere. Jyothi also says ‘For me everyday is practice because I do it anywhere – at home, in the forest. I practice to pass the time.’

The down to earth climber says he gets a lot of tips from tourists who ask him to pose for several pictures after his climbs. Jyoti, who gives coaching to local kids in climbing, now wants to climb the world’s biggest building – the Burj Khalifa.

Jyothi also said ‘An Indian should climb the Burj Khalifa and set a world record. If myself or one of my students do it, then I will be really happy.’