Top 10 Places in India for Snowfall

We all wait for the winter season so that we can either witness or visit places to watch the first snow fall. The majestic fall of the tiny flakes of snow, slowly falling from the vast sky gives you the magical feeling, as if there is someone up above the skies that are constantly showering the cotton balls on us. There are places across India where people not only from the country but also from the globe visit to enjoy and come to live with Mother Nature.

Top 10 Places in India for Snowfall

Let’s start with one of the most popular skiing destination of India, Auli. 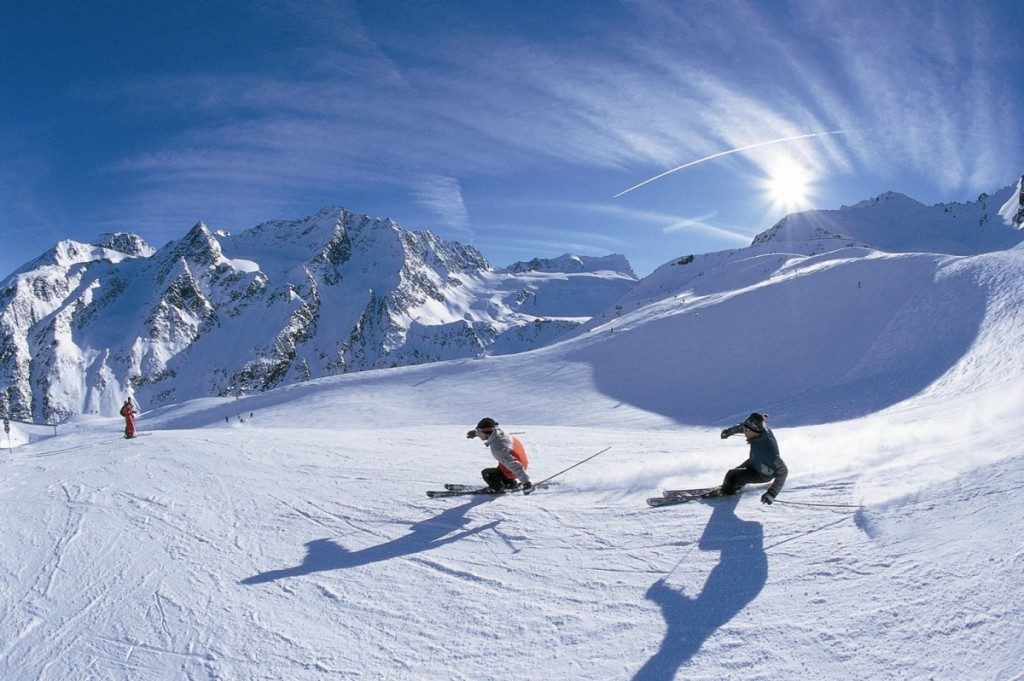 One of the most beautiful places in the state of Uttarakhand in terms of snow clad mountain peaks and giant peaks. The mountains have slopes perfect for the game of skiing, and hence it is the final destination for skiing. Apart from skiing, tourist from across the globe visit Auli for trekking adventures. The trekking routes are from 4 kms to 10 kms. Auli also has Asia longest and the world’s highest cable car Gondola. 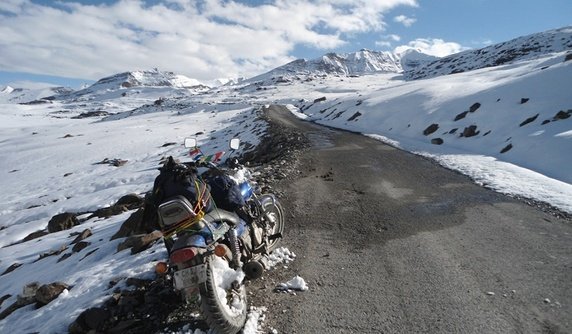 One of the toughest and the highest plateau is also one of the most beautiful places for a paranormal landscape. The mystical view of the snow crowned mountains and the colorful monasteries is miraculously picture- perfect. Add on to all this with a snowfall and it’s a dreamland to be in.

The state of Jammu and Kashmir hides in itself one of the treasures found in India and that is Pahalgam. Known for its alluring snow-capped hills and clear water flowing along in the Lidder River, this place ill mesmerize anyone. Situated around 45kms from Anantnag at an altitude of 2200meters this place is also the starting point of the “Amarnath Yatra”. Pahalgam has the famous “Betaab valley” and the gigantic hanging glacier “Kolhoi Glacier”.

The now state capital was declared the “Summer Capital” of the country by the British in 1864. Times have gone by but the beauty of the place has flourished and so has the love of the people for Shimla. The most popular and best destination, just 100kms from Chandigarh, is known for the “Mall Road”, and “Kufri”. The best time to visit Shimla is winters when one can witness the snowfall and enjoy. 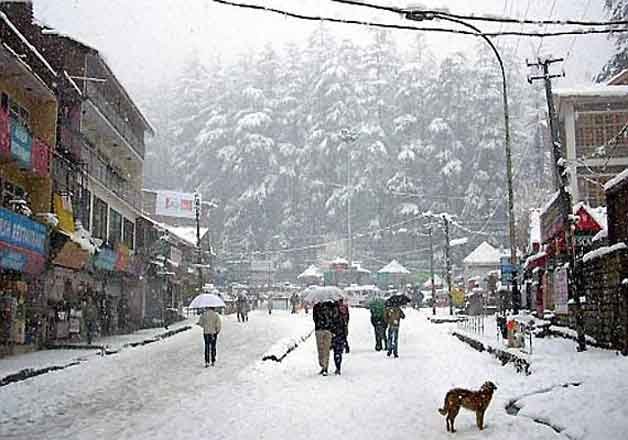 The famous honeymoon destination of India, Manali in Himachal Pradesh, is approachable and affordable by almost all. The city is situated at a height of around 2050 meters from the sea level and love is in the air, always. Famous for its ice-skating and the Buddhist monasteries, this peace loving city is a must visit for any Indian once in the lifetime. The valley city is around 270kms from Shimla and is also the starting point of the trade route to Ladakh. 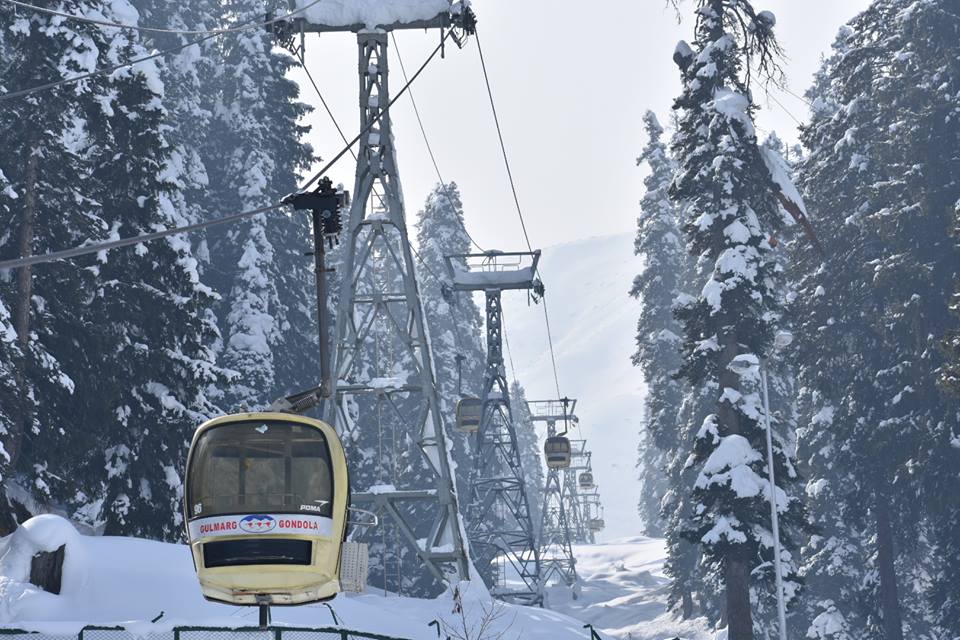 One may find snow in lot of places but the best place and way to watch snowfall is Gulmarg. Anyone interested in both snowfall and snow games are very likely to be found in this place. This hill station is as famous for its skiing as it is famous for its beauty. At an altitude of 2650 m and 56 kms from Srinagar, the place is famous for its picturesque view of the snowfall and the white pearl like snowy mountains. Be it snowboarding, skiing or trekking or the famous Gondola cable ride everything is available here and it’s a dream-come- true for a tourist.

Around 65km from Shimla, this hill station is first to observe, during the winters, snowfall before Shimla. So if you want to witness the snowfall before anyone does visit this magnificent place which is at an altitude of 2708 meters. It is not only famous for the snow and the snowfall but also the apple orchards, now a Rs.3000 crores business. 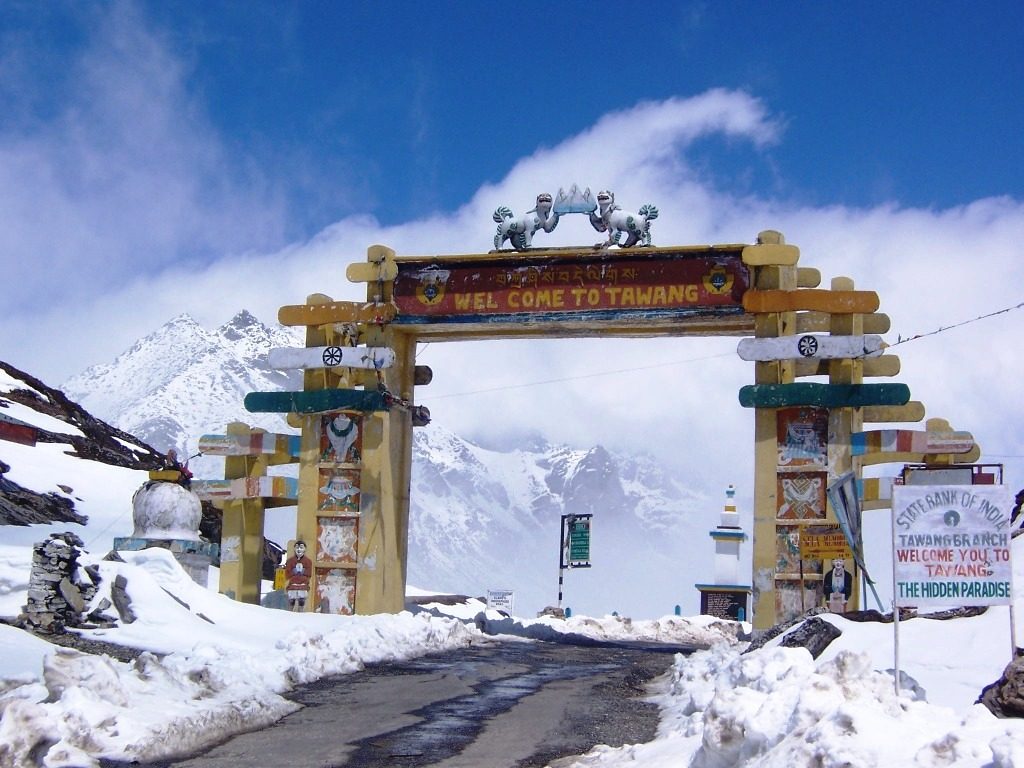 If you love solitude, but still want to be pampered by nature then this is the best place. It is approximately 180kms from Bomdila and at an altitude of 3500meters. The famous glacial lakes in and around have clear blue waters and gives you a feeling to be in heaven. Summers are the time for the migratory birds and then the place becomes breathtaking. Apart from the snow, Gorichen peaks which are the highest in Arunachal Pradesh will challenge you for a trekking. The beauty of Sela pass is unforgettable, as it is covered with snow across the calendar months.

Yumthang valley is situated in north Sikkim at an elevation of 3500 meters and is one of the beautiful, picturesque valleys of the state. The valley though covered with snow, almost twelve months of the year, is home to a variety of Himalayan flowers. The spectacular view of the valley covered with snow and a river flowing right in the middle and the yaks grazing the grassy pastures can be witnessed here.

Experience the stunning snow covered Naina Lake and the Nanda Devi peaks at Nainital, which is situated around 270kms from Delhi. The best time to witness a snowfall in this Uttarakhand city is winter month of December and January. The best place to feel the falling snow and enjoy the heavenly fall is the “Snow Point”.

The feeling of looking at the snowfall, sitting next to a fire place, holding a cup of coffee is ultimate. The heavenly falls are the natures best gift to us.