Not many of you  many be knowing but India shares its borders with 7 neighbouring nations including Pakistan, Myanmar, Nepal, Sri Lanka, China, Bhutan & Bangladesh. In this Article, we have mentioned each and every border India shares with these countries.

The international border of India is known to be the 3rd largest in the world after China and Russia.  Not only that, the borders of India are also one of World’s most sensitive borders along with tough climatic conditions.

India shares 3,323 km long land border with Pakistan. The border starts from the Line of Control (LoC) in the north to Wagah which partitions the Indian state of Punjab and Punjab province of Pakistan in the east. In the west, India shares its land border in Barmer Border in Rajasthan and Sir Creek Border in Gujarat.

(i) POK and Suchetgarh

The length of the international border attached to Jaisalmer District is 471 km. Jaisalmer is known to be the largest district of Rajasthan and one of the largest in India, surrounded on the west & south-west by the Pakistani border.

In India the northern boundary of the Greater Rann of Kutch has the International Border between India and Pakistan. This area is heavily patrolled by India’s Border Security Force (BSF) and Indian Army conducts exercises with its troops here to get used to this harsh terrain.

India also meets Pakistan at Wagah Border near Amritsar in Indian State of Punjab. Wagah Border partitions the Indian Punjab state and Punjab Province of Pakistan. Wagah Border Ceremony is a treat to watch for every Indian. 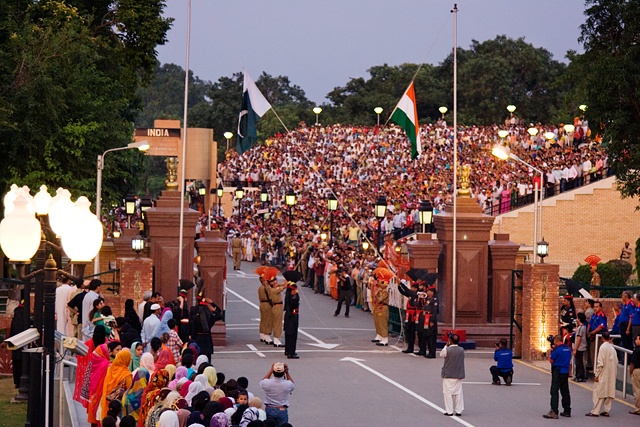 Hussainiwala Border is in Hussainivala village in Firozpur district in Punjab state, India which separates itself from Pakistani village of Ganda Singh Wala. It lies near the bank of the river Sutlej.

India has its border with Myanmar at Nampong to Pangsau Pass near Lake of No Return on Mayanmarese side through National Highway 153 (India) (Ledo Road which is part of Stilwell Road). 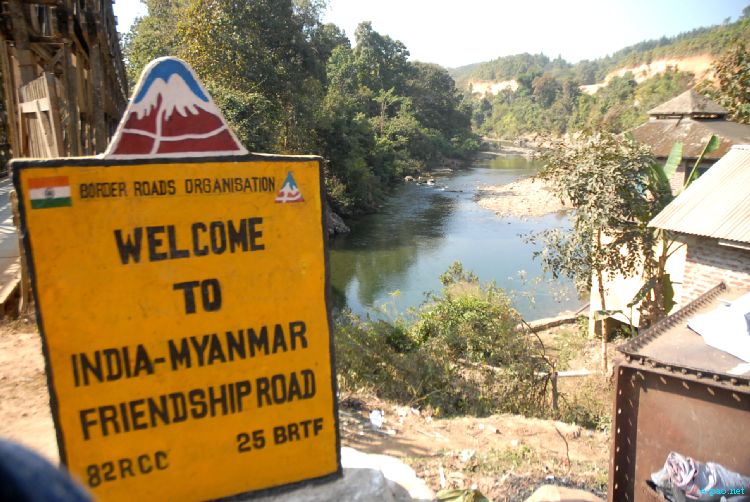 India also meets Myanmar at Moreh, India. The border connects to Tamu in Myanmar which has an integrated check post with customs.

In Mizoram, India meets Myanmar at Zokhawthar connecting to Khawmawi and Rikhawdar via the bridge over the Harhva river. 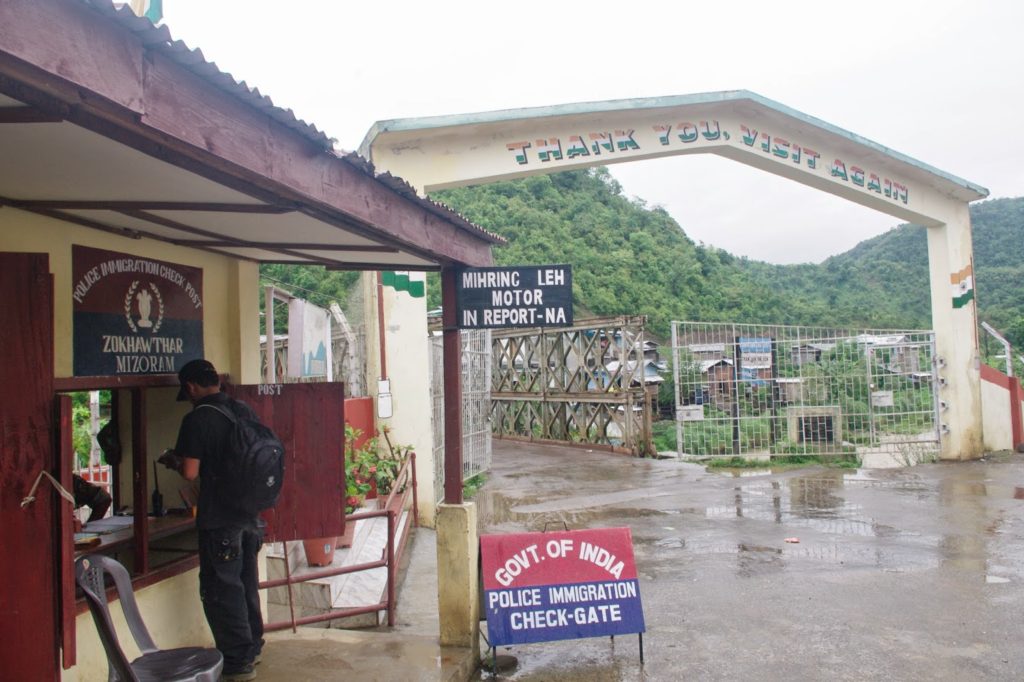 Known as the last Village in India, Longwa in Nagaland has the international border between India and Myanmar that runs through the village chief’s house. Nepal shares its land borders with India in Uttarakhand and in the north-eastest state of Sikkim. Through Uttar Pradesh and Bihar also India shares its borders with Nepal.

Banbasa is a popular place known for crossing into Nepal from India as there is an immigration office for both countries. The Nepal border is located at about 5 km from Banbasa and rickshaws/horse-drawn carts can be hired for crossing the border.

Raxaul is a town located in the East Champaran district of Bihar state. It is situated on the India-Nepal border just opposite to Birgunj (Nepal), and is point of entry in Nepal by road and rail.

Sunauli is the name given which is popular to both sides of this India/Nepal border crossing. It is located 70 km north of Gorakhpur and 3 km south of Bhairahawa.

A land stretch of about 100 m makes the India-Sri Lanka border the world’s shortest land border.

India also shares some of the most popular borers with China which are known to be well known tourist destinations.

Located at a distance of 190 km southeast of Leh, Chumar is known to be one of the most active areas on the Line of Actual Control (LAC) if we talk about the interactions between Chinese and Indian troops.

Chitkul is a well known village in Kinnaur district of Indian State of Himachal Pradesh. Chitkul is located at around 569 km from Delhi and 28 km from Sangla. This is popular as the last Indian village on border with China. The road doesn’t take you till the actual India-China border, it closes at about 90 km before it and rest of the area is under the Indian Paramilitary’s control.

Barahoti is located in Uttarakhand’s border with China at a distance of 397 km from the capital of Uttarakhand – Dehradun.

It connects the Sikkim state of India with China’s Tibet Autonomous Region. 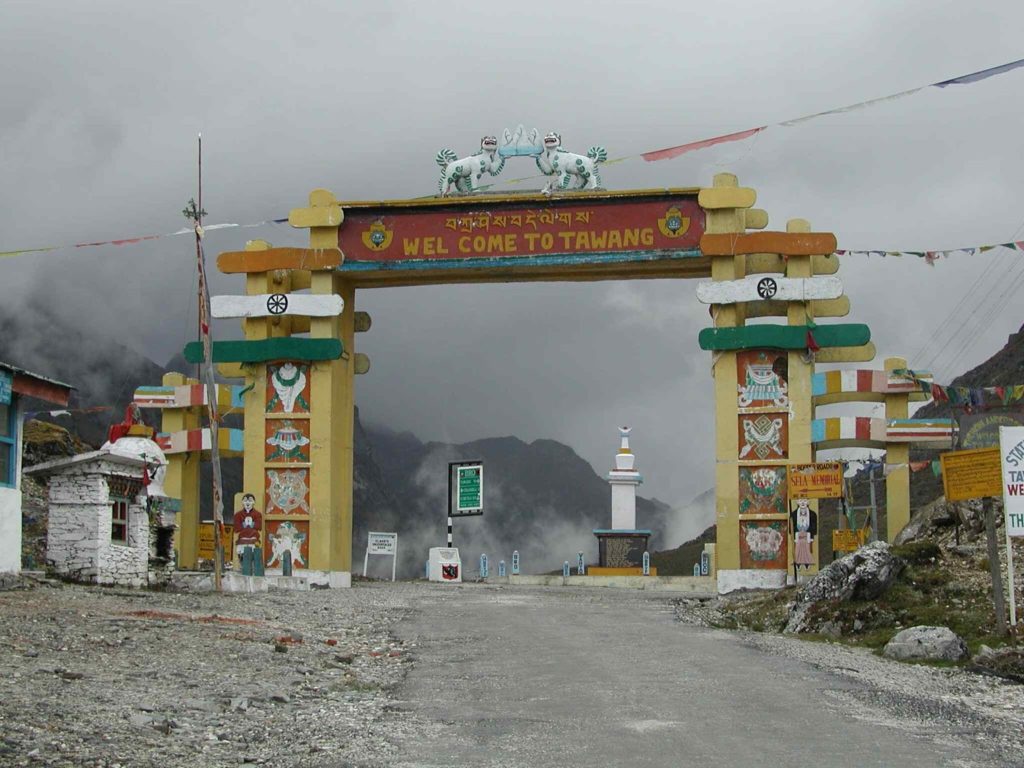 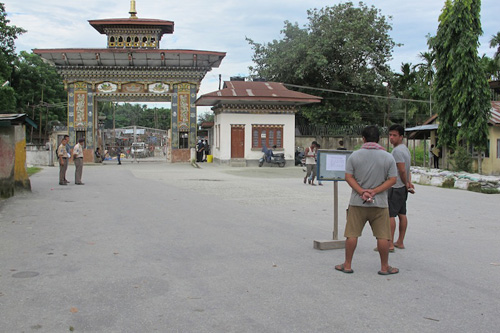 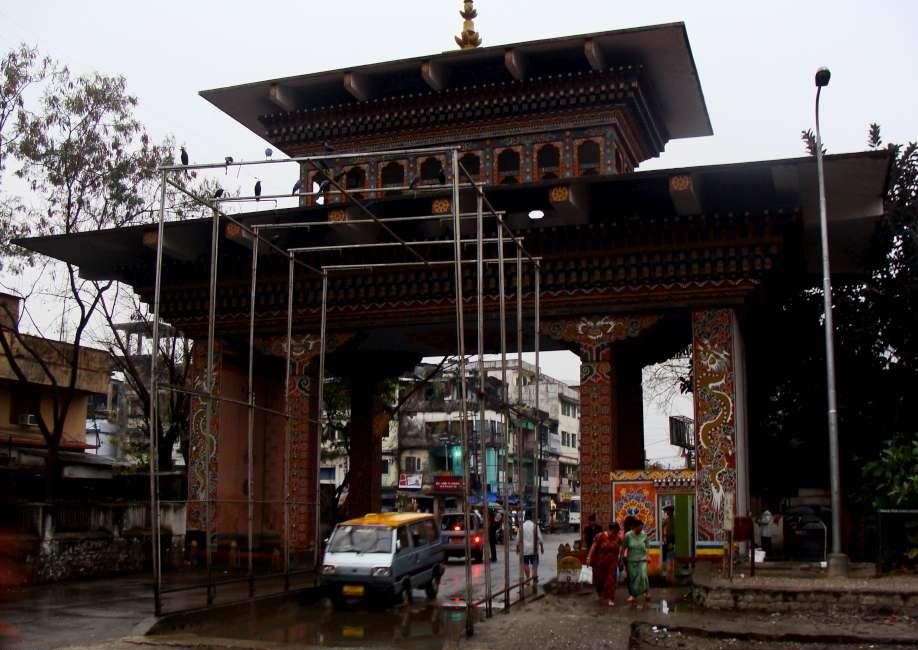 The land border between India & Bangladesh (4,096 Km) is known to be the 5th longest land border in the world, with West Bengal having the maximum length of 2,217 km. The length of the border in the other four states are as follows : Tripura(856km), Meghalaya(443km), Assam(262km) and Mizoram(180km).

Hope you like to know about the 7 International borders that India shares with its neighbouring Countries.

Looking to work in India as a foreign resident? Visit www.pancardapply.in for help with your PAN card application.